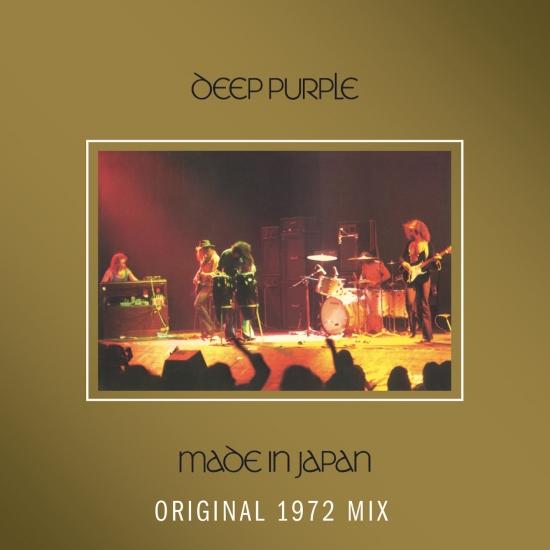 Info for Made In Japan Live (Original 1972 Mix)

'Made In Japan' was recorded live over three nights during August 15–17, 1972 at Festival Hall, Osaka and Budokan, Tokyo. Four of the tracks come from the band's 1972 'Machine Head' album. It featured what many consider the classic Deep Purple lineup — Ian Gillan (vocals), Ritchie Blackmore (guitar), Roger Glover (bass), Jon Lord (organ) and Ian Paice (drums). Originally recorded only for the Japanese market, the album has since become seen as one of Deep Purple's seminal albums, and one of the greatest live albums of all time (A Rolling Stone magazine readers poll in 2012 voted 'Made In Japan' as the sixth greatest live album of all time).
'One of the world's premier rock groups offers up a double set consisting of live recordings done during their tour of Japan last summer. The set consists primarily of elongated versions of familiar tunes, which serves to give the listener an idea of how the band members handle themselves in concert. Highlights include Jon Lord's keyboard work, vocals of Ian Gillan, and Ritchie Blackmore's biting guitar. Many bands lack something in concert, but this set only accentuates the group's already strong reputation. Best cuts: 'Highway Star,' 'Smoke On The Water,' 'Space Truckin'.' (Billboard, 1973)
Ian Gillan, vocals
Ritchie Blackmore, guitar
Roger Glover, bass
Jon Lord, organ
Ian Paice, drums
Digitally remastered