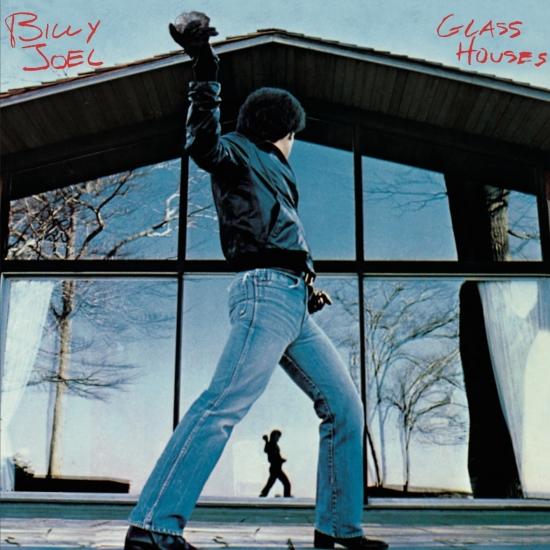 As one can tell from the cover photo of a blue-jeaned, leather-jacketed Joel getting ready to throw a rock (a pun on the album title), GLASS HOUSES is the album where he attempts to lay waste his reputation as MOR balladeer. He accomplishes this feat by forging a harder, more rocking sound, with the help of guitarists Russell Javors and David Brown. Though such cuts as 'You May Be Right' and 'All For Leyna' are far more visceral than much of Joel's previous work, this consummate songwriter sacrifices none of the tunefulness and highly developed compositional chops that brought him fame.
On 'It's Still Rock And Roll To Me,' Joel even reaches back to the roots of the style, celebrating its timelessness despite passing musical trends. The elliptical, McCartneyesque ballad 'Don't Ask Me Why' provides a breather. Joel's most memorable tunes here, though, are the ones that pack a bit of kick. The propulsive, hard-edged 'Sleeping With the Television On' is an examination of desire and alienation in the modern world, showing that even when he's rocking out, Joel is a man with a lot on his mind.
Billy Joel, synthesizers, harmonica, piano, accordion, vocals
Dave Brown, acoustic guitar, electric guitar
Russell Javors, acoustic guitar, electric guitar
Richie Cannata, organ, flute, saxophone
Liberty DeVitto, drums, percussion
Doug Stegmeyer, bass guitar
Engineered by Jim Boyer Mastering by Ted Jensen at Sterling Sound Produced by Phil Ramone
Digitally remastered