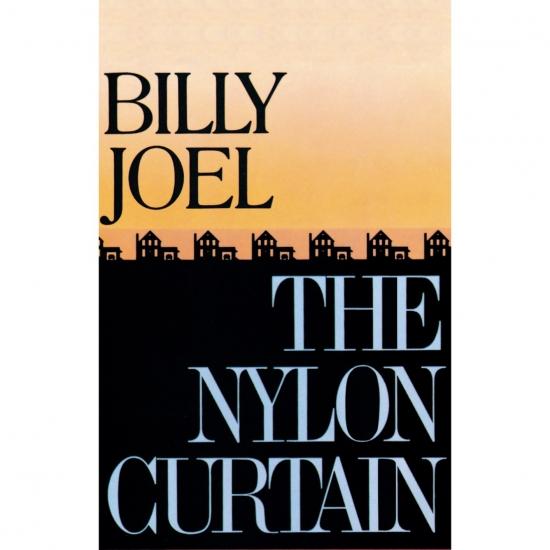 Info for The Nylon Curtain

What may be Billy Joel's most satisfying album is also probably his weirdest. „The Nylon Curtain“ is loaded with Beatlesque vocal effects, claustrophobic arrangements and socially conscious songs about unemployment (the hit 'Allentown'), Vietnam ('Goodnight Saigon,' which opens with the sound of helicopter rotors) and sexual politics ('Laura'). This isn't the kind of album Joel's fans had come to expect, nor is it much like what Joel went on to do later.
Think of „The Nylon Curtain“ as a one-off concept album that works because the one thing Joel retained here was his deft pop touch, and to hear him apply it to a relatively 'difficult' album is well worth the work. Parental advisory: Joel uses a seven-letter conjugation of the F-word in 'Laura,' which just wasn't done at the time, not in mainstream pop albums anyway. And he goes out of his way to enunciate it.
Billy Joel, vocals, harmonica, piano, Hammond organ, keyboards, synthesizer
Russell Javors, guitar
David Brown, guitar
Charles McCracken, cello
Eddie Daniels, clarinet, saxophone
Dom Cortese, accordion
Dave Grusin, horns
Doug Stegmeyer, bass
Liberty DeVito, electric piano, drums, percussion
Bill Zampino, drums, percussion
Recorded in Spring, 1982 at A&R Recording Studios & Media Sound Studios, New York
Engineered by Jim Boyer
Produced by Phil Ramone
Digitally remastered