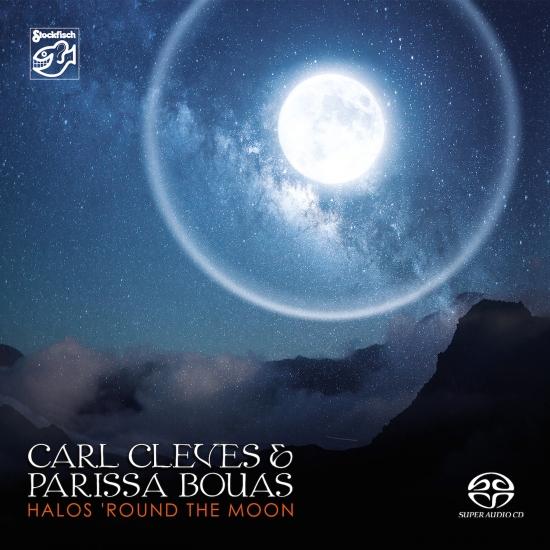 Info for Halos ´Round The Moon

The singer/songwriter duo who bewitches us with the rule of three: their roots: Belgian, Greek and Australian, their music – akin to the Chinese symbol for listening which is made up of three symbols: head, ear and heart – holds delights for each. To the head: almost inevitable, given their international cultural background, that their art addresses the state of the world as a poetic whole. The ear picks up on the hymnic refrain “Aheyla” of the opening track as akin to hallelujah, and catches on the lyrics, “…when poets are priests …”; and what comes as a surprise to the listener’s ear: the deliciously buoyant, dreamlike quality of the melodies accompanying even lyrics with more serious and reflective themes.
It remains to the heart to recognize just what it is that makes these two exceptional artists cosmopolitan in the truly authentic sense – an influence more powerful even than the richness of their cultural roots: namely the eponymous HALOS 'ROUND THE MOON. “Halo” can refer to the luminous circle surrounding the moon, but also the radiance traditionally depicted in art as the halo of a saint. The music of Carl and Parissa bears witness to how music can be an opposite pole to facets of human life such as death, sadness, loss and transitoriness – harmony with nature being the prerequisite.
Through music, our human world – like its satellite – is not merely a bleak wasteland: it can also sometimes be a place of light, “When music is nectar the melody pure”: This music is a jewel, and an equal delight to head, ear and heart.
Parissa Bouas, vocal, guitar
Carl Cleves, vocal, guitar
Ian Melrose, guitars, flute
Ulrike Dangendorf, accordion
Lucile Chaubard, violoncello
Heiko Ahrens, guitar
Lea Morris, backing vocals
Beo Brockhausen, soprano saxophone, percussion
Alessandro Gulino, electric bass
Hans-Jörg Maucksch, fretless bass 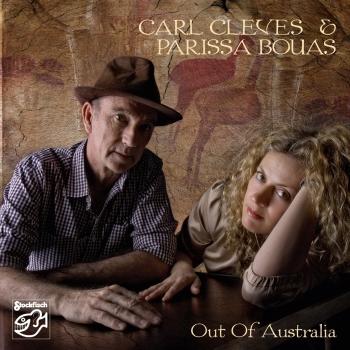 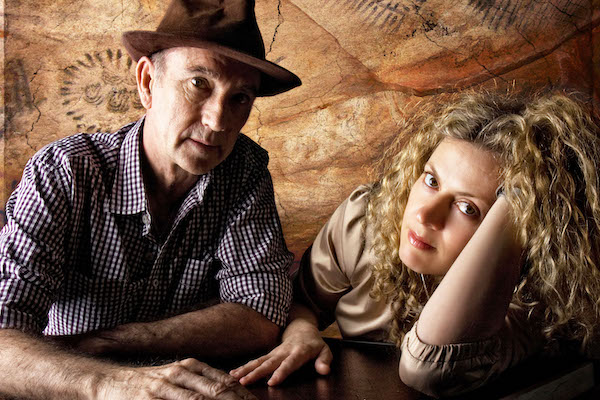 Carl Cleves
originally from Belgium, has accumulated a bottomless bag of stories, rhythms, languages and guitar styles during his nomadic life, which has led him to perform in almost every continent, resulting in highly original songs. In Brazil where he was a band leader for seven years, he released 2 acclaimed albums. An excellent guitarist, singer and storyteller, Carl’s adventures have included stints as an antelope trapper in Uganda, relief worker in cyclonstruck India, radiobroadcaster and ethnomusicologist in Africa and fisherman in the South Pacific.
Parissa Bouas
is an extraordinary singer and songwriter who finds an emotional context for every genre. In Brazil they named her ‘Patativa’, after a bird renowned for its singing. Daughter of a Greek sailor, she inherited his love of Latin music and honed her formidable percussion skills whilst touring throughout Latin America with an Andean Folkloric group.

Booklet for Halos ´Round The Moon