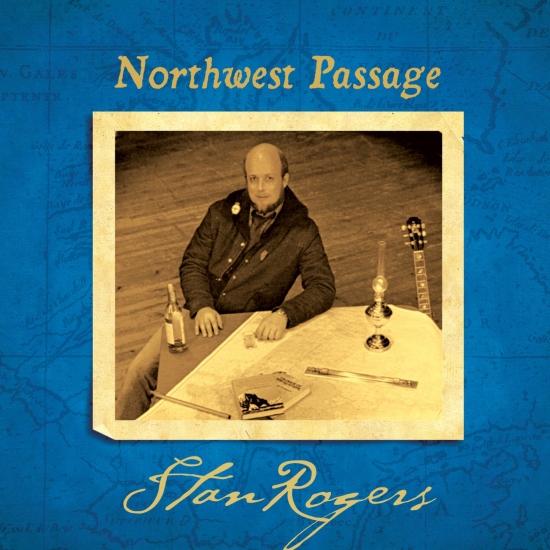 In the year leading up to the making of “Northwest Passage” Stan had toured extensively through Canada’s western provinces and he had soaked up the stories of the farmers and ex-pat Maritimers working the Alberta oil rigs. Those stories coalesced into many of the songs on this album. However certainly the best known song from the album is the title track Nothwest Passage which has gone on to become a Canadian anthem sung far and wide across the country.
Digitally remastered

Stan Rogers
A child of Maritime stock on both sides of his family, Stan Rogers was born in Hamilton, Ont. on November 29, 1949. He grew to be a big man-six feet four-built like a fire truck, and possessed of a voice that rumbled from his toes. He could bluff and bellow yet was at heart a poet and intellect who would, often as not, sneak away from a gathering to curl up with a book. He made friends and enemies easily, gaining the former for life and often, in time, converting the latter.
He became a songwriter too, working as a rock bassist while still a teenager and later embracing the folk idiom. After a few years as a more-or-less conventional folkie songwriter, he discovered his real gift. After some persuasion by his Aunt June in Canso Nova Scotia, he began to write songs about his familial home…his roots. Those early songs found their way on to Stan’s first album, Fogarty’s Cove, and he was on his way. From that point forward, Stan’s best writing was about the Canadian experience. His songs gave a new voice to ordinary folks who worked the fisheries, mines and farms of this vast country.
Stan was a passionate Canadian partisan, and much of his short creative life was taken up with song cycles that chronicled the East, the Plains, the West and finally the Great Lakes and Ontario. It was a natural progression for a wanderer…to scan a continent and finally return to write of the wonders of home. He was always on the road pursuing his dream of establishing a national identity for Canadian songwriting. It was a dream fulfilled; through his constant soaring, dynamic performances, and brilliant songs, he was known throughout most of the English-speaking folk music world.
Stan died in a fire on Air Canada flight 797 at Cincinnati, Ohio airport on June 2nd, 1983. He was returning from a folk festival in Kerrville, Texas. Memorials and honours were numerous in the months that followed and in May, 1984 he was posthumously awarded the Diplôme d’Honneur by the Canadian Conference of the Arts.
His music continues to amaze, amuse and inspire people from all walks of life. It has appeared in several poetry anthologies, been used in films, plays and musicals, and has been referred to as “one of the touchstones of modern Canadian history.” (Emily Friedman)