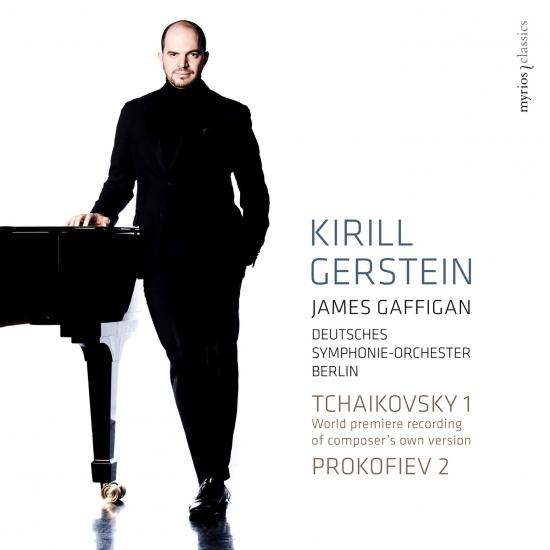 Kirill Gerstein’s first orchestral recording marks the world première recording of the 1879 version of Tchaikovsky’s first Piano Concerto. Based on Tchaikovsky’s own conducting score from his last public concert, the new critical Urtext edition will be published in 2015 by the Tchaikovsky Museum in Klin, tying in with Tchaikovsky’s 175th anniversary and marking 140 years since the concerto’s world première in Boston, in 1875. For the recording, with the Deutsches Symphonie-Orchester Berlin conducted by James Gaffigan, Kirill was granted special pre-publication access to the new Urtext edition.
Despite negative criticism from pianist Nikolai Rubinstein, Tchaikovsky had the first version of the concerto published in 1875. The second version, which has been recorded here, incorporated small practical adjustments to the piano part made by Tchaikovsky. It was published in 1879 and used by him in subsequent performances including in 1893 at the last concert he conducted when he paired the Piano Concerto with the world première of his Pathétique Symphony. Tchaikovsky died within days of the performance, and the third version of the Concerto was published a year after his death. According to Kirill it “contains a number of editorial changes that differ from the text of Tchaikovsky’s own score, were not authorized by him and made posthumously.” For this world première recording, Tchaikovsky’s first Piano Concerto is paired with Prokofiev’s Piano Concerto No. 2. The chequered history of the second Piano Concerto also resulted in a second version. As Kirill explains, “composed in 1913, Prokofiev left the original manuscript of the second Concerto in Russia and during one of the cold winters during the tumultuous period of the Russian revolution the score was used by his neighbours for heating the stove. He reconstructed and revised the composition premièring the second version of the concerto in Paris in 1924.”
"Perhaps the most striking aspect of Gerstein's interpretation is his ability to make the piano writing sound much lighter and more transparent than usual...Instead of the conventional barnstorming bravura, Gerstein brings poetry, balletic grace and an infinitely wide range of timbres. Yet in no sense does the performance seem understated." (BBC Music Magazin)
"The textures [in the Tchaikovsky] are lighter and sprinkled with arpeggios...Pomp has gone; the mood is poetic, as though we had dipped into Schumann’s piano concerto by mistake...Pianist and orchestra pounce on the [Prokofiev's] pungent rhythms like hungry lions and stir burning energy and rage. This is Gerstein’s first concerto album and it’s definitely one you notice." (The Times)
Kirill Gerstein, piano
Deutsches Symphonie-Orchester Berlin
James Gaffigan, conductor 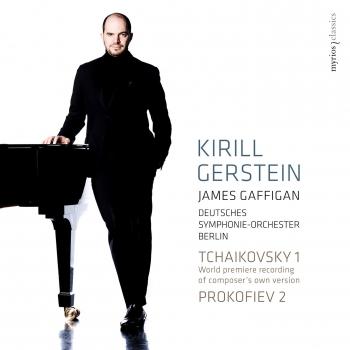 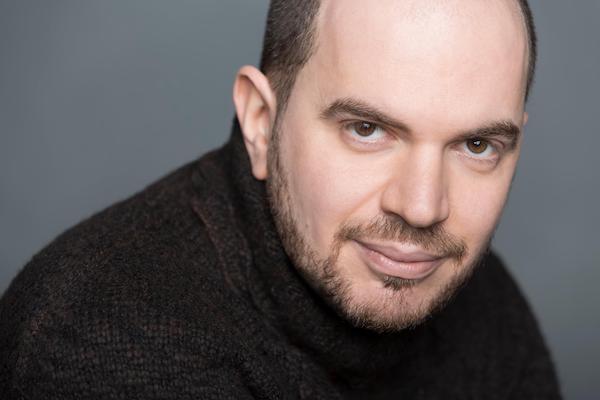 Kirill Gerstein
Gerstein’s heritage combines the traditions of Russian, American and Central European music-making with an insatiable curiosity. These qualities and the relationships that he has developed with orchestras, conductors, instrumentalists, singers and composers, have led him to explore a huge spectrum of repertoire both new and old. From Bach to Adès, Gerstein's playing is distinguished by a ferocious technique and discerning intelligence, matched with an energetic, imaginative musical presence that places him at the top of his profession.
Born in the former Soviet Union, Gerstein is an American citizen based in Berlin. His career is similarly international, with solo and concerto engagements taking him from Europe to the United States, East Asia and Australia. In the coming season, Gerstein’s flair for curation will be on display as he becomes both Artist-in-Residence at London’s Wigmore Hall and with the Bavarian Radio Symphony Orchestra (BRSO). At the Wigmore, he presents a three-part concert series entitled ‘Busoni and His World’, and with the BRSO, a series of concerts at home and on tour with Alan Gilbert, Daniel Harding, Antonello Manacorda and Erina Yashima. This past season, Gerstein and Gilbert performed together in a concert for Ukraine with the Deutsches-Symphonie Orchester Berlin, and on tour with the Royal Concertgebouw Orchestra. In March, Gerstein also took part in the Ukraine benefit gala held at the Vienna Musikverein where, a few days earlier, he play-led the Vienna Philharmonic in Mozart’s Piano Concerto No. 17.
Elsewhere during 2022-23 season, international highlights include Rachmaninov’s Second Piano Concerto with both the London Philharmonic and Nikolaj Szeps-Znaider, and St Louis Symphony and Hannu Lintu; Schumann’s Piano Concerto with both The Cleveland Orchestra and Edward Gardner, and on tour with the City of Birmingham Symphony and Mirga Gražinytė-Tyla; Adès with the New York Philharmonic and Ruth Reinhardt; Berg with the Dresden Philharmonic and Marek Janowski; and Rachmaninov’s Third Piano Concerto with the Tokyo Metropolitan Symphony and Alan Gilbert. In recital, Gerstein will present, together with Christian Tetzlaff, a new work for violin and piano written for them by Thomas Adès and commissioned by Kronberg Academy and the Wigmore Hall; music by Brahms, Hindemith, Clarke and Shostakovich with his close colleague Tabea Zimmermann on tour in Europe; Brahms and Ligeti Horn Trios with Alan Gilbert and Stefan Dohr; and a solo recital as part of the Concertgebouw’s Great Pianists Series playing works by Stravinsky, Schubert and Liszt.