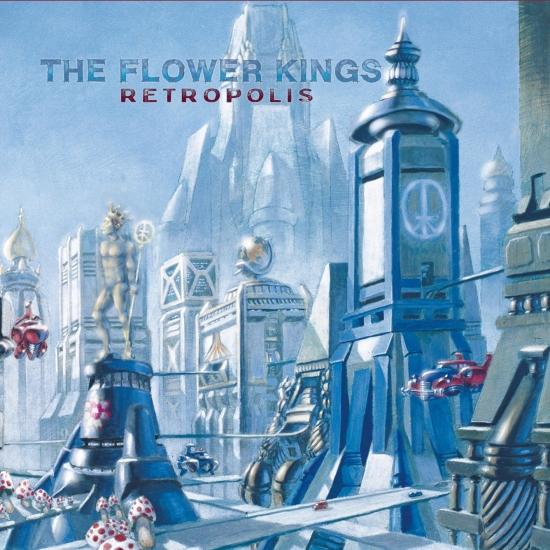 After their critically acclaimed debut Back In The World Of Adventures Sweden´s best loved progressive rock band returned in 1996 with the suitably retro sounding Retropolis. As the title suggested the music was a nostalgic nod to the 70´s, paying tribute to the bands that originally influenced them. The band was clearly beginning to build their own identity on this release with a mixture of bombastic epics and melancholic ballads. A feast for lovers of Hammond and Mellotron.
"Retropolis is the album that brought the Flower Kings from an interesting underground progressive rock band to an act that simply couldn't be ignored by anyone interested in the genre's 1990s revival. Roine Stolt and consorts' aim for Retropolis was to dive a little more into vintage progressive forms (retro) and, indeed, this album is the most nostalgic and closer-to-the-roots-sounding of the band's catalog. From the Pink Floyd-shaped "Rhythm of the Sea" to the poignant Yes-like hymn "There Is More to This World," the Flower Kings sound like they are paying tribute to the groups that brought them to do what they are doing, without ever falling into plagiarism or sacrificing the band's own identity. "Melting Pot," "The Judas Kiss," and the powerful instrumental "Retropolis" are the album's other highlights. Very strong composition-wise, Retropolis lacked some cohesion. It is one of the band's most song-oriented albums (with The Flower King). In comparison, the following effort Stardust We Are will have a stronger identity but at times weaker material." (François Couture, AMG)
Roine Stolt, vocals, guitar, keyboards
Tomas Bodin, Hammond C3 organ, Mellotron, synthesizers, piano, EFX
Michael Stolt, bass
Jaime Salazar, drums)
Hasse Bruniusson, percussion, drums (track 10)
Guests:
Ulf Wallander, soprano saxophone (tracks 6, 11)
Hasse Fröberg, vocals (track 4, 7)
Digitally remastered
Please Note: We offer this album in its native sampling rate of 48kHz, 24-bit. The provided 96kHz version was up-sampled and offers no audible value! 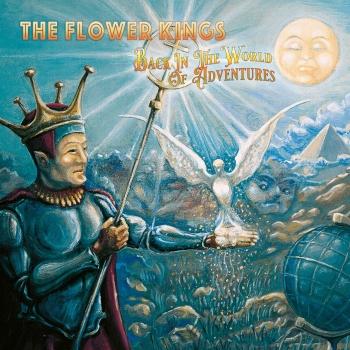 Back In The World Of Adventures (2022 Remaster) 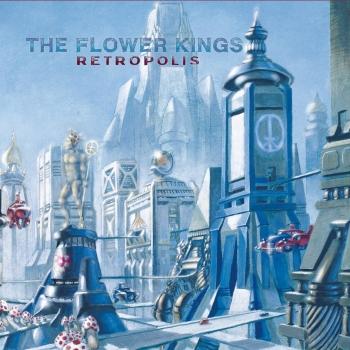 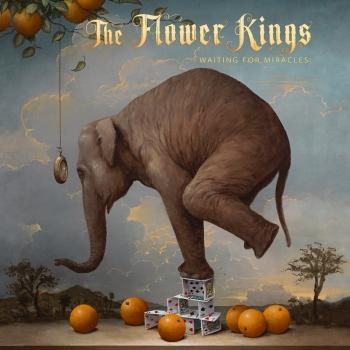 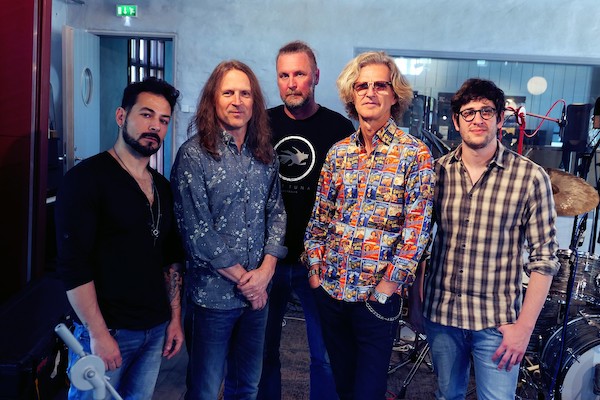 The Flower Kings
started as an outlet for guitarist/singer/composer Roine Stolt in 1994 – a time when prog-rock wasn’t mere history, nor a dirty word. The band quickly gained momentum and was one of a handful of bands helping to revive the progressive rock scene worldwide. Roine has since collaborated with a host of legendary musicians across various projects, including his acclaimed 2015 album with Yes-legend Jon Anderson, progressive-rock supergroup Transatlantic alongside Neal Morse, Mike Portnoy & Pete Trewavas, and a year as bass player with Genesis guitarist Steve Hackett. The Flower Kings however, has always felt like home for Roine and the other band veterans Jonas Reingold & Hasse Fröberg.