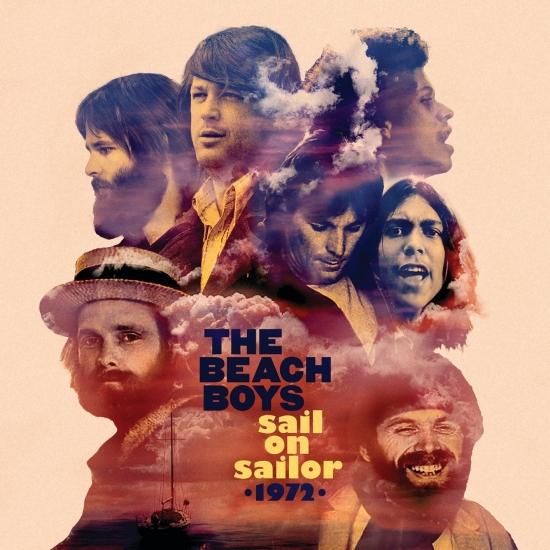 The Beach Boys’ landmark albums, 1972's Carl and the Passions – "So Tough" and 1973's Holland, will take center focus in Sail On Sailor - 1972, a new expansive Deluxe remastered edition.
The year 1972 was a pivotal period for The Beach Boys. Fresh off riding a wave of newfound popularity and critical acclaim from their back-to-back albums, 1970's progressive and wide-ranging Sunflower and 1971's kaleidoscopic Surf's Up, Brian Wilson, Carl Wilson, Dennis Wilson, Mike Love, and Al Jardine didn't waste any time getting back into the studio to record their 18th studio album, Carl and the Passions – "So Tough". For the first time in their careers, new members were brought into the fold: guitarist/bassist Blondie Chaplin and drummer Ricky Fataar – two former members of the Carl Wilson-produced South African group The Flame, who were signed to the band's Brother Records – officially joined the group after serving as their main support act. Together the newly expanded Beach Boys redefined their sound, look, vibe and message for a new era of fans.
The tongue-in-cheek title paid homage to a concert the band played with Carl at Hawthorne High around 1961, and a nod to the increasingly important roles as de facto producer and leader that he was taking on. The album was recorded from December 4, 1971 to April 13, 1972 at various studios across Los Angeles with most tracking done at the band's private studio in Brian Wilson's home on Bellagio Road. Released May 15, 1972, the incredibly varied eight-song record, with contributions from all seven members, peaked at No. 50 in the U.S. and No. 25 in the U.K. on the strength of such standout tracks "You Need A Mess Of Help To Stand Alone," "Marcella," "Here She Comes" and "Cuddle Up."
Seeking new surroundings and creative inspiration, The Beach Boys left sunny Southern California to record their 19th studio album, decamping to the small village of Baambrugge in Holland where they set up a makeshift recording studio in a barn and recorded the album's basic tracks in the summer of 1972. A massive and massively expensive undertaking, the band's entire LA-based studio was dismantled, shipped overseas, and rebuilt by engineer Stephen Moffitt. Meanwhile, the band members and their families and staff lived in different hamlets and soaked up the new environment. Eventually, the record would end up being finished at Village Recorders in L.A. towards the end of the year. The aptly titled Holland was released on January 8, 1973 and received widespread critical acclaim, charting at No. 37 on the Billboard 200 with opening track "Sail On, Sailor" becoming an FM staple and giving them their first radio hit in years. Holland was the last studio album to feature Blondie Chaplin and Ricky Fataar as full members of the band.
While both albums found success upon release, they've only continued to grow in stature 50 years after their release. For those in the know they've become favorites of the band's diverse catalog. In recent years AV Club called Carl and the Passions – "So Tough" "rich, rewarding, beautifully eccentric," while The Guardian hailed it as "overlooked," and Analog Planet declared it "under appreciated." Holland meanwhile was listed as #21 on The Guardian's list of the "Top 100 Albums That Don't Appear In All The Other Top 100 Albums Of All Time" and was included in Colin Larkin's influential and encyclopedic book, "All Time Top 1000 Albums." Avowed fans Elvis Costello and Tom Petty have professed their love for the album and Petty even wrote the liners for the 2000 CD reissue, describing it as "beautiful" and exclaiming, "the playing shows The Beach Boys to be one of the U.S.' strongest rock bands at this time. I saw this line-up in concert several times and the shows seemed not only contemporary, but perhaps a little ahead of us all."
The Beach Boys
Produced by Mark Linett and Alan Boyd
Digitally remastered
Please Note: We offer this album in its native sampling rate of 44.1 kHz, 24-bit. The provided 88.2 kHz version was up-sampled and offers no audible value! 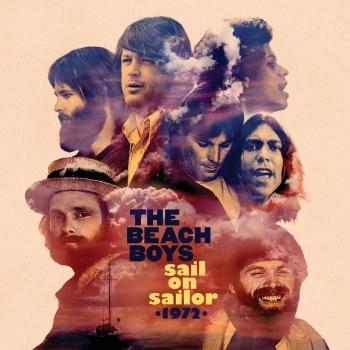