Ellington At Newport: The Original Album (Remastered - Mono) Duke Ellington And His Orchestra 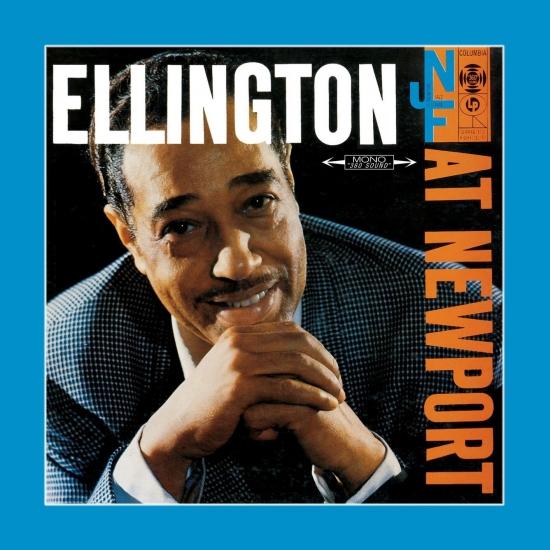 Artist: Duke Ellington And His Orchestra

Info for Ellington At Newport: The Original Album (Remastered - Mono)

Ellington at Newport is a 1956 live jazz album by Duke Ellington and his band of their 1956 concert at the Newport Jazz Festival. Jazz promoter George Wein describes the 1956 concert as "the greatest performance of [Ellington's] career... It stood for everything that jazz had been and could be." Duke Ellington's postwar reputation was faltering until one spectacular night in 1956 that would alter his fortunes for ever.
„Duke Ellington's appearance at the 1956 Newport Jazz Festival has long been famous, and justifiably so. Paul Gonsalves' 27-chorus tenor solo on "Diminuendo in Blue and Crescendo in Blue" practically started a riot at Newport and made headlines around the world. The momentum generated by this concert led to Ellington's comeback and never let up during his 18 remaining years. A double CD put out in 1999 presents the entire concert performance, previously unheard material, and a few revelations. After a brief truncated set that was cut short because four of Ellington's musicians could not be found, the Ellington Orchestra returned to the stage three hours later. They played "Take the 'A' Train," "Newport Jazz Festival Suite," a showcase for Harry Carney on "Sophisticated Lady," and a so-so Jimmy Grissom vocal outing on "Day In, Day Out." Then came "Diminuendo in Blue and Crescendo in Blue." The saxophone interlude caused crazed dancing, and soon the crowd was as loud as the band. When the crowd would not quiet down, Ellington saved the day by closing with a long version of "Skin Deep." But unknown to most people is that on July 9, the orchestra went to the studios to reproduce the program. The earlier version of the "Newport Jazz Festival Suite" had been a bit sloppy and Gonsalves' famous tenor solo on "Diminuendo" had actually been played into the wrong microphone. Ellington's band therefore performed the entire "Newport Jazz Festival Suite" again and it was issued (with phony applause, introductions, and crowd noises) on the original LP. Highly recommended.“ (Scott Yanow, AMG)
Duke Ellington, piano
Ray Nance, vocals, trumpet
Jimmy Grisson, vocals
Russell Procope, alto saxophone, clarinet
Johnny Hodges, alto saxophone
Paul Gonsalves, tenor saxophone
Jimmy Hamilton, tenor saxophone, clarinet
Harry Carney, baritone saxophone
John Cook, trumpet
Clark Terry, trumpet
William "Cat" Anderson, trumpet
John Sanders, trombone
Quentin Jackson, trombone
Britt Woodman, trombone
Jimmy Woode, bass
Sam Woodyard, drums
Produced by George Avakian
Digitally remastered