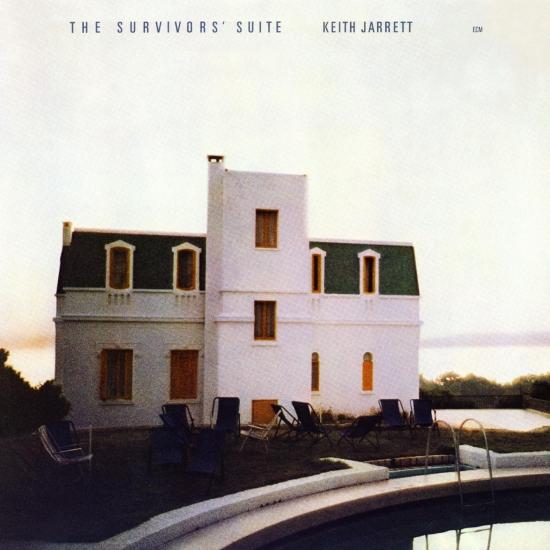 Info for The Survivors' Suite

„One of the best recordings for Keith Jarrett's mid-'70s American quartet (whose style differed sharply from its European doppelgänger), Survivor's Suite opens with Jarrett's aching, breathy sigh on the bass recorder, evoking the sound of a horn somewhere across a great expanse of fog. Percussion soon punctuates the melodic line to give the opening a more spiritual, ritualistic feel, which is only the first of many mutations that this album will go through. Divided into two parts, entitled 'Beginning' and 'Conclusion,' this suite effortlessly flows between its movements which range from fiery free jazz to open, meditative atmospheric pieces showing heavy input from indigenous musics to instrumental solos that owe a sylistic debt to the music of the previous decade. Jarrett has strong solos in both the first and second track, but his performances rise to the surface frequently to add warmth to the suite. The greatest contribution that he makes on this album, however, is as a composer, as its complex components seem to nestle together seamlessly again and again, even if the solos occasionally rapidly expand and contract with kinetic energy. As strong a hand as Jarrett has in this album, however, he definitely owes a debt to his supporting players, especially the passionate Dewey Redman and skilled Paul Motian, but Charlie Haden plays an important role in the execution of the suite as well, even if only to provide a skeleton to hang the more fluid elements on. Like other albums of its time, this was beginning to show the brightness, lightness, and soft edges of contemporary jazz, but the solidness of Haden's bass helps keep it rooted and earthbound.“ (Stacia Proefrock, AMG)
Keith Jarrett, piano, soprano saxophone, bass recorder, celeste, drums
Dewey Redman, tenor saxophone, percussion
Charlie Haden, bass
Paul Motian, drums, percussion
Recorded in April 1976 at Tonstudio Bauer, Ludwigsburg, Germany
Engineered by Martin Wieland
Produced by Manfred Eicher
Digitally remastered

Booklet for The Survivors' Suite