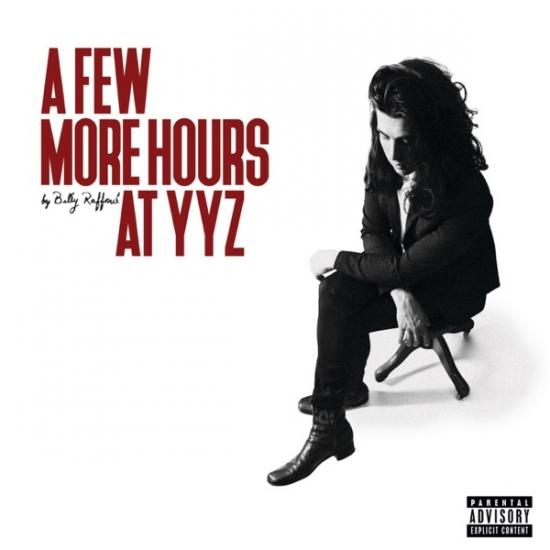 Info for A Few More Hours at YYZ

With production from producers like Mike Crossey (Arctic Monkeys, The 1975, Barns Courtney), A Few More Hours at YYZ further redefines the limits of the classic singer/songwriter sensibility, bringing Raffoul’s enchanting sincerity and warm introspection to his most sonically ambitious body of work yet.
Raffoul will perform every song from the new EP today on Instagram Live as he wraps his The 2020 Social Distancing Tour. Having to postpone the west coast run of his A Few More Hours At… 2020 North American Tour Raffoul has taken to Instagram Live for intimate performances from his father’s home in Leamington, ON where Raffoul is currently socially isolating. Tune in today at 1pm EDT for the release party for A Few More Hours at YYZ where Raffoul will perform the new EP front-to-back and answer questions from fans.
Growing up in the small farming town of Leamington, Ontario, Raffoul first discovered his gift for songwriting at age ten, thanks in no small part to the influence of his father—a musician who’s opened for everyone from Joe Cocker to Bon Jovi. After landing his first paying gig—playing to long-haul drivers at a local truck stop—Raffoul began playing at nearby bars and clubs at age 16, often driving into Detroit for shows. He eventually connected with a manager and moved down to Nashville to push forward with his music career. Soon after scoring a deal with Interscope Records, Raffoul released the critically hailed song “Driver” and followed that with his debut EP 1975 in June 2018 which featured the fan favorite “Acoustic.” Arriving in spring 2019, his sophomore EP Running Wild found him joining forces with leading producers like Greg Kurstin (a seven-time Grammy Award-winner who’s worked with Paul McCartney, Beck, and Adele), as well as collaborating with such boundary-breaking artists as singer/songwriter Julia Michaels. Over the past few years, Raffoul has opened for heavyweights like Kings of Leon, X Ambassadors, and NEEDTOBREATHE, captivating crowds with his understated yet intensely passionate stage presence. He also recently finished his first-ever headlining tour of Europe. Shortly after that sold-run European run, Raffoul embarked on a co-headline tour with Wrabel, during which he took the stage with just his guitar and drum pedals.
"Wrapping up A Few More Hours at YYZ are the stunning final two songs, “In The Name Of Love” and “It’s A Beautiful Life.” Easily the largest feeling song on the album, “In The Name Of Love” is sure to become a fan-favorite with a sing-along worthy chorus and relatable lyricism. “It’s A Beautiful Life” ends things on a bright note, too, making the EP feel incredibly well rounded and full, despite the fact that it’s only six songs in length. For any other artist, an EP filled with six distinctly different sounding sounds might come off as inconsistent or choppy, but Billy Raffoul has mastered this release, creating a snapshot of sounds that not only find him stepping outside of his comfort zone a little but also serve as a perfect taste-test for future releases." (Dom Vigil)
Billy Raffoul, vocals 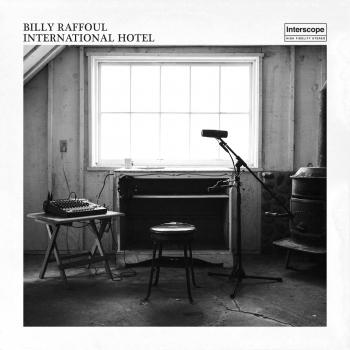 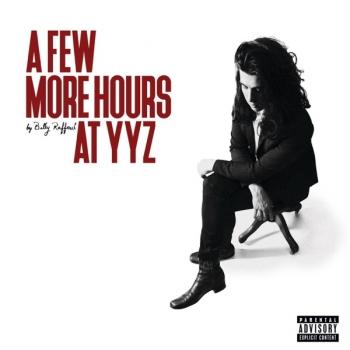 A Few More Hours at YYZ 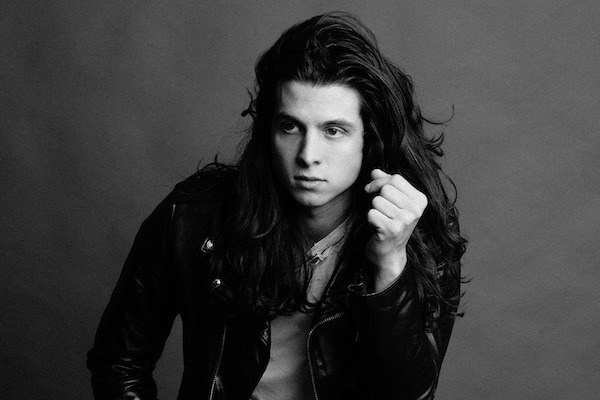 Billy Raffoul
anthemic debut single “Driver” serves as a potent calling card for the 22-year-old singer, songwriter, and musician. His signature sound is a rough-hewn, low-timbered rock and roll that nods to the likes of Jeff Buckley, Neil Young, and Joe Cocker, and is powered by Raffoul’s gravelly, soulful voice and deeply felt lyrics. “That’s one thing for me — a song needs to be about something I’ve experienced or something someone close to me is going through,” Raffoul says of his sources of inspiration. “I find myself going back to moments of time from the past, picking apart these little experiences and building them into bigger things. I want people to know that the songs are genuine, that they've been lived in.”
“Driver” is one of those lived-in songs. It was inspired by his family picking up a hitchhiker one night after Raffoul and his musician father Jody played a gig on Pelee Island in the middle of Lake Erie. “This guy was really out of it, so he ended up staying with us for a few hours,” Raffoul says. The following weekend Raffoul told his story of the hitchhiker to songwriter Simon Wilcox and songwriter-producer Nolan Lambroza during a writing session in Los Angeles. “We turned it into something a little more sentimental, in that maybe I’m not singing about someone being lost on the side of the road, but maybe someone lost in life who doesn't know where they’re going or what they’re supposed to be doing,” he explains.
Raffoul has been fairly certain of what he wanted to do with his life from a young age. He grew up in a creative family in the small farming town of Leamington, Ontario — “the tomato capital of Canada,” as he puts it. His mother is an artist, writer, and teacher and his father Jody Raffoul is a solo artist and hometown hero who has opened for everyone from Joe Cocker to Bon Jovi. Raffoul’s earliest musical influences come from his dad. “The Beatles were like Jesus in our house,” he recalls, adding that he also listened to soul singers like Otis Redding and Sam Cooke. On his tenth birthday, Billy received a ‘British Invasion’-inspired guitar with a Union Jack on its front from Jody and started teaching himself to play. By 16, had bought his first real guitar — a 1968 Gibson Les Paul Black Beauty. “It’s the same model and year as the only one Jimi Hendrix was ever photographed playing,” Raffoul says.
When Raffoul was in high school, he watched his dad headline a show for 4,000 people at his school’s stadium. “I remember in that moment thinking, ‘This is cool,’” he says. “I had appreciated music and written songs up until then, but I didn't think I wanted to be a live performer until that one show.” Raffoul’s first paying gig was playing to long-haul drivers at a local truck stop. “For the next three or four years I just put everything into it, playing out four and five nights a week in bars from Leamington to Detroit and back.”
Every so often Raffoul would get a gig singing demos for hire. “Just getting paid hourly to be the vocalist,” he explains. “One day I went into the studio to sing on some Kid Rock demos. The guys heard my voice in the booth and asked if I had any original stuff. I played them two acoustic songs. They shot an iPhone video and sent it to my now-manager, who used to work with Kid Rock. The next day we drove down to Nashville.”
Raffoul now splits his time between Nashville and Los Angeles where, in between playing shows, he has been collaborating with other songwriters and slowly but surely assembling his debut album. “Since it’s my first record it feels like I’ve been writing it my whole life,” he jokes. In addition to “Driver,” Raffoul is proud of another new song called “I’m Not A Saint,” which emerged from a conversation Raffoul had with his co-writer Julia Michaels. “We were talking about things we do or that we shouldn’t do, like swear too much, smoke too much, lie too much, and it just flowed from there,” Raffoul says. “Forty-five minutes later it was done.”
As he gears up to finish his debut album, Raffoul is also eager to tour and see the world. “I’m putting everything into this record," he says, "but I want to build my career on the live show. I want to be a true working musician." He knows that makes him sound like a traditionalist and he's fine with that. "It’s more of the old school way of doing things," he says. "But I think that even in this ever-changing music business there will always be a thirst for live performance and that’s what I want to do. That’s always been the goal. Connect with people, one room at a time.”