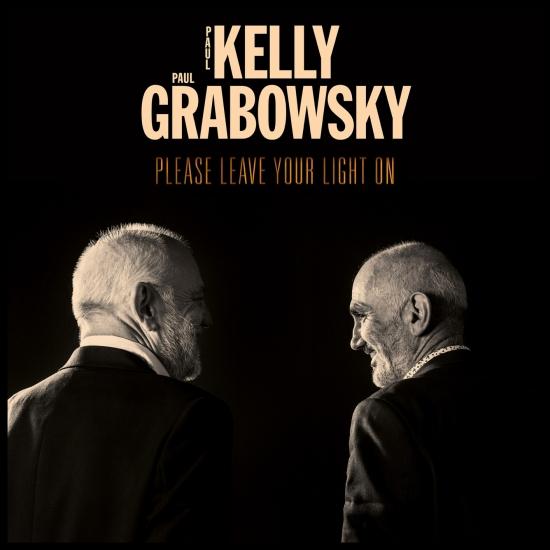 Info for Please Leave Your Light On

Australia’s greatest and most enduring songwriter, Paul Kelly, collaborates with award-winning Jazz pianist and composer, Paul Grabowsky, for reinterpretations of Paul Kelly classics, plus a cover of Cole Porter’s ‘Every Time We Say Goodbye’.
Paul Kelly and Paul Grabowsky are each deservedly regarded as masters of their chosen crafts. Kelly is counted amongst Australia’s most lauded wordsmiths, while Grabowsky is one of our most decorated note-smiths.
After their first collaborative performance at UKARIA in the Adelaide Hills in 2018, Kelly and Grabowsky have continued their creative partnership to record a new album.
Paul Kelly and Paul Grabowsky share a unique working relationship that began over a quarter of a century ago as they both explain:
Paul Grabowsky: Paul K and I first met in 1995 when I was making a series of television programs for the ABC about different aspect of music-making called ‘Access All Areas’. We filmed two different segments with him. One paired him with some throat singers from Tuva on a version of ‘Maralinga’ , shot somewhere near Woomera on a train full of artists on their way to WOMAD. The other was a one-on-one interview which we shot in St Kilda; we talked about song writing. I was struck by the fact that Paul is driven by a similar impulse to my own, namely an ongoing fascination with music in its many forms. This deep curiosity has in recent years seen him explore different genres, introduce his love of poetry to his wide and receptive fan base, and record with me.
We first worked together on a project with the Australian Art Orchestra, called Meet Me in the Middle of the Air. That involved a ten-piece ensemble, small gospel choir, Vika and Linda Bull and Paul, singing my arrangements of songs of his which all had biblical references. It was great fun, and we toured it nationally in 2010.
Recently, I was asked to curate a series of concerts at the UKARIA Cultural Centre in Mt Barker, SA, in which I work in duo settings with various singers. I asked Paul and he agreed. It was apparent from the outset that the music was clicking, so Paul proposed that we record it. The recording took place at Monash Uni Clayton Campus late in 2019 in a beautiful room that I had a hand in designing, called the David Li Sound Gallery. We were there for three days; it was all very relaxed.
All of the songs were already part of Paul’s extensive catalogue. I transcribed them, and adapted them for the piano/voice combination. In addition, I threw in a ballad by Cole Porter called ‘Every Time We Say Goodbye’, which Paul delivers in an understated, sensitive way. The album has a classic ‘fireside’ feel, influenced by the Frank Sinatra/Nelson Riddle collaborations (particularly ‘In the Wee Small Hours’) and the Tony Bennett/ Bill Evans recordings (particular favourites of mine). The performances are intimate, and shine a light on lyrical moments from the Kelly oeuvre. Paul is a generous collaborator, always listening closely to what I am doing, and giving me the freedom to bring my own interpretation to the songs. I think people will hear, and hopefully enjoy, the deep communication that we are bringing to the performances.
Paul Kelly: Paul G didn’t mention that we had worked together once before our Meet Me In the Middle of the Air collaboration. Sometime in the early nineties I was booked to perform my song Winter Coat on the Steve Vizard show. Paul was the musical director and had done a beautiful string arrangement which we ran through with the players – mostly young music students – at the sound check in the afternoon. It was all sounding really good. Come the performance, though, one of the violinists came in a bar early (or a bar late, I don’t remember which) and, doggedly fixed on the music in front of him, failed to adjust and so played the music one bar out all the way to the end of the song. I remember thinking ,“We can’t stop this, we’re live on national TV, so I’ll just keep singing. Surely, hell realise he’s out and stop and pick it up again in the right spot!” That didn’t happen, though, and a strange dissonance rang out all around the country. Weirdly, it kind of worked. The off-kilterness seemed to go with the lyrics. And, who knows, perhaps there are composers out there today who have been exploring experimental harmonic paths ever since.
So, of course, Winter Coat was the first song on my list when we started discussing titles for this record. We served it up straight this time but that first performance together, in a way, set a template for our collaborations since. The reason I love working with Paul is that he always surprises me. He’s endlessly fertile, turning my songs inside out and upside down (to quote Diana Ross) and finding things in them I didn’t know were there. And that makes me sing them differently. Singing with Paul is like walking a tightrope. It’s as if we are acrobats together. We have to pay serious attention to one another to pull the songs off. I like that.
As Paul mentioned, all the songs except one were written by me over many years. The most recent one, True To You, opens the album with a little nod to the Gershwin Brothers and it’s the only song that hasn’t appeared in another form on a previous record. We chose the other songs with a mind to their suitability for direct address, close, concentrated performance and room for silence to draw the listener in.
So, light the fire, make a hearty one-pot meal for the one you love, open a bottle of wine and get comfortable. Now drop the needle and turn up the stereo. There’s plenty of space here for all.
Paul Kelly, vocals
Paul Grabowsky, piano 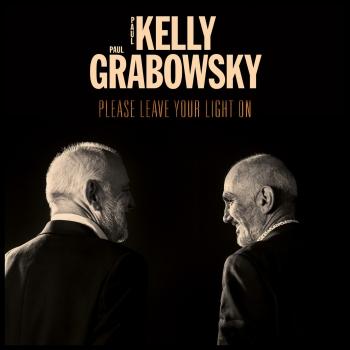 Please Leave Your Light On 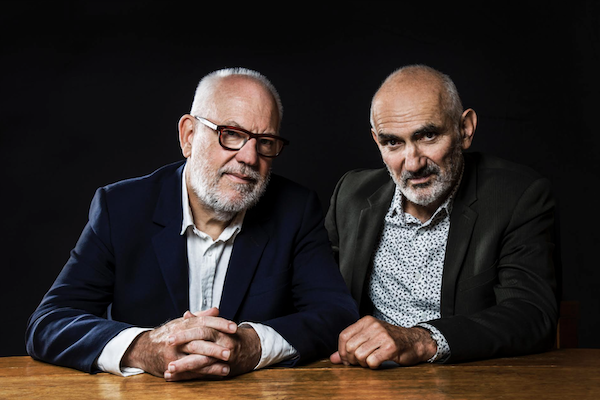