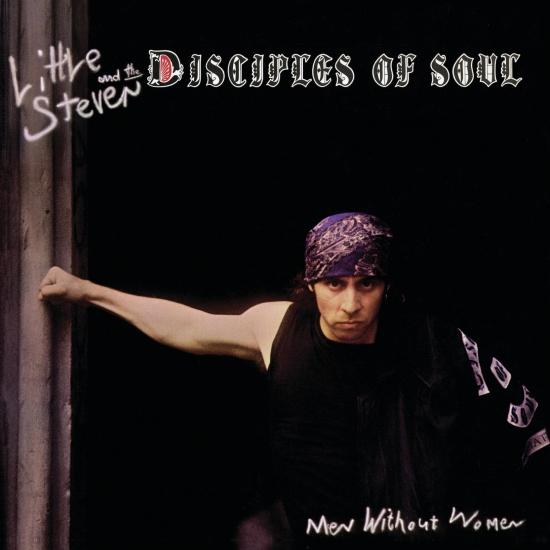 Artist: Little Steven and The Disciples of Soul

Digitally remastered! Men Without Women, released in late 1982, is a masterpiece of Asbury Park rock meets Motown and Stax. Guitarist, songwriter, actor, producer, broadcaster, raconteur and the only human being ever who could claim to be the consigliere to both Bruce Springsteen and Tony Soprano, Steven Van Zandt has had such a wide and varied career that it’s amazing it took Springsteen until 2010 to write a song called “Jack of All Trades.” None of this was apparent, of course, when Van Zandt took his leave of his boss to put out his first solo album, 1982’s stellar Men Without Women.
"Anyone who has ever saw Bruce Springsteen and the E Street Band between 1975 and 1981 knows one of the reasons they were among the best live bands in America is they had three members with the power and charisma to make great frontmen -- Springsteen, Clarence Clemons, and "Miami Steve" Van Zandt. In 1982, while Springsteen was laboring over Born in the U.S.A., Van Zandt -- who'd already proved his considerable chops as a producer, songwriter, and arranger working with Southside Johnny and the Asbury Jukes and Gary U.S. Bonds -- stepped away from the E Street Band to launch a solo project, Little Steven & the Disciples of Soul, and in many ways the first Little Steven album, Men Without Women, is the finest album the Asbury Jukes never made. Like the Jukes best work, Men Without Women blends the muscle and swagger of Jersey shore rock & roll with the horn-fueled heart and soul of classic R&B, and here Van Zandt was willing to push himself further in both directions at once. With a five-piece horn section blazing throughout (featuring Richie "La Bamba" Rosenberg leading a crew of former Jukes brass players) and former Rascals Dino Danelli and Felix Cavaliere on hand, this album's blue-eyed soul credentials are unimpeachable, but Van Zandt's guitar (and Jean Beauvior's bass) speak with the sound and fury of a true roots rock rebel. While Van Zandt's songwriting was always impressive, Men Without Women's best moments expressed a degree of passion, vulnerability, and determined fervor he hadn't quite permitted himself in the past (he also began to express the political concerns that would dominate his later work on "Under the Gun"), and if Van Zandt was a less precise vocalist than "Southside" Johnny Lyon, the gritty sincerity and emotional force of his performances more than made up for it. On Men Without Women, Little Steven & the Disciples merged the brassy swing of a classic Motown side with the sweaty blare of a amped-up garage band, and if that sounds like an odd combination, in both soul and garage rock, commitment is what counts, and Little Steven had that to spare -- along with a set of really great songs." (Mark Deming, AMG)
Steven Van Zandt, guitars, lead vocals
The Disciples of Soul
The E Street Band
La Bamba's Mambomen
Digitally remastered 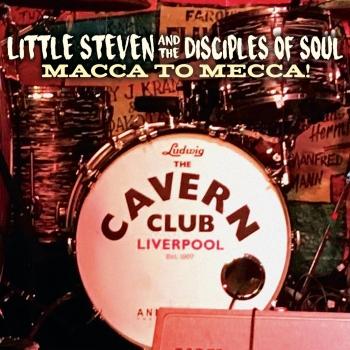 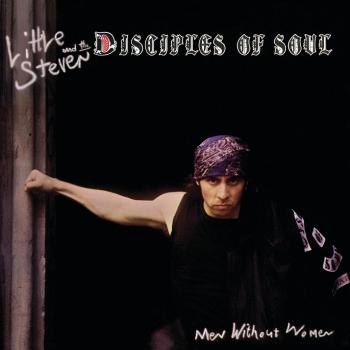 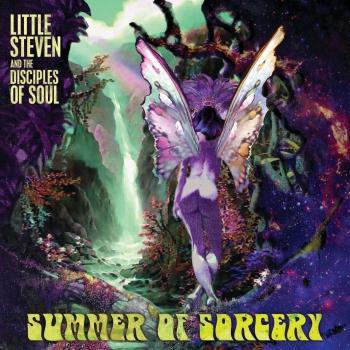 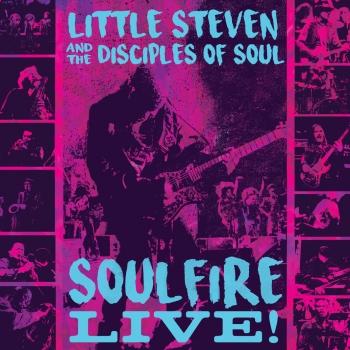