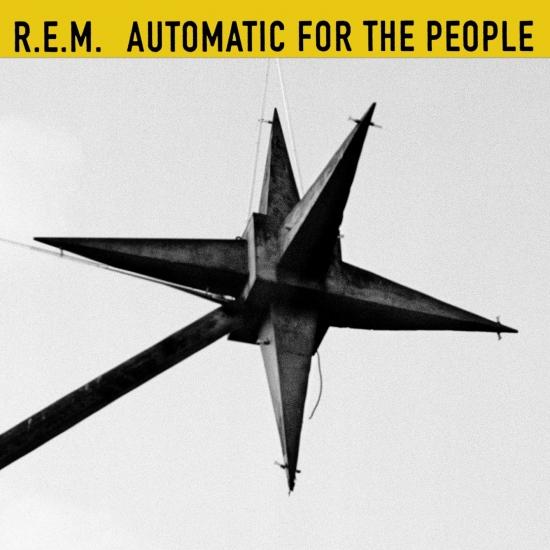 Info for Automatic For The People (Remastered 2017)

Remastered 2017: Automatic For the People is probably REM's most beautiful record. It's mostly subdued but the songs are very good. It's also a reminder that Michael Stipe is one of the best singers in pop music. Everybody Hurts is genuinely touching and eloquent. Stipe abandons his normally indecipherable lyrics for a fairly clear message, urging a suicidal person to "hang on". The austere music lets Stipe express the message. On Automatic For The People, REM use strings well to complement the lush music. When they rise at the end of Everybody Hurts as Stipe sings "hold on", the effect is moving. Sweetness Follows is a nice, simple song where Stipe instructs us to live a life full of joy and wonder. The record ends with two great ballads. Nightswimming is a gorgeous, evocative memory tale where the music is only piano and strings and, at the end, a wistful oboe. Find The River is another excellent showcase for Stipe's poignant vocals. It has a nice unrushed feel and good atmosphere created by dreamy keyboards and backing vocals from Mike Mills. Automatic For the People is not all introspective ballads. Ignoreland is filled with Stipe's anti-government venting but it's also a kickass rocker. The Sidewinder Sleeps Tonight is giddy fun. Stipe has a good, relaxed time with their riff on the Lion Sleeps Tonight and his goofy lyrics, including the fast, obscure chorus (come in and try to wake her up?). Man On The Moon is one of REM's best singles ever. It has a nice easy rock mood with great Peter Buck guitar textures as Stipe sings his sweet tribute to Andy Kaufman. Automatic For the People is not as perfect as the REM record it most reminds me of, Life Rich Pageant, which is also generally low key but tuneful. I find Automatic For the People's version of Drive pointless and plodding and much prefer the beefed up version on the Greenpeace benefit record, Alternative NRG. But generally Automatic For The People is a great sounding record and one of the best from one of America's best rock bands ever. (www-all-reviews.com)
"...R.E.M. has never made music more gorgeous....shimmers with new, complex beauty....musically irresistible....finds the band gaining a startling emotional directness..." (Rolling Stone)
"...deeply moving and entirely idiosyncratic....[the songs] tend to be rich and subdued, full of lush strings and deep feeling....show[s] the band moving into more personal territory than ever before....the band's greatest triumph..." - Rating: A (Entertainment Weekly)
Michael Stipe, vocals
Bill Berry, drums, percussion, keyboards, bass guitar, backing vocals, melodica
Peter Buck, electric and acoustic guitars, mandolin, bass guitar
Mike Mills, bass, piano, keyboards, accordion, backing vocals
Additional musicians:
Scott Litt, harmonica, clavinet, oboe
John Paul Jones, orchestral arrangements
George Hanson, conductor
Denise Berginson-Smith, violin
Lonnie Ottzen, violin
Patti Gouvas, violin
Sandy Salzinger, violin
Sou-Chun Su, violin
Jody Taylor, violin
Knox Chandler, cello
Kathleen Kee, cello
Daniel Laufer, cello
Elizabeth Proctor Murphy, cello
Reid Harris, viola
Paul Murphy, viola
Heidi Nitchie, viola
Deborah Workman, oboe
Produceb by Scott Litt, R.E.M.
Digitally remastered

Booklet for Automatic For The People (Remastered 2017)