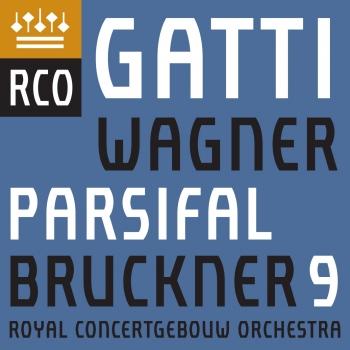 Royal Concertgebouw Orchestra
is one of the very best orchestras in the world. Time and time again, critics have lauded its unique sound, which clearly stands out among thousands of others. The RCO’s string section has been called ‘velvety’, the sound of the brass ‘golden’, the timbre of the woodwinds ‘distinctly personal’ and the percussion have an international reputation.
While the exceptional acoustics of the Concertgebouw, designed by the architect A.L. van Gendt, also play an important role in this respect, no other orchestra sounds like the Royal Concertgebouw Orchestra in the Main Hall.
The influence exerted on the orchestra by its chief conductors, of whom there have been only seven since the orchestra was founded in 1888, is also important. As is that of the musicians themselves. RCO Amsterdam is made up of 120 players hailing from over 20 countries. Despite its size, the orchestra actually functions more like a chamber orchestra in terms of the sensitivity with which its members listen to, and work in tandem with, one another. Indeed, this requires both a high individual calibre and a great sense of mutual trust and confidence.
The atmosphere onstage, the orchestra’s roots in Amsterdam and the organisational structure (the RCO Board also includes members of the orchestra) all converge to create exactly the right circumstances for exceptional music-making. The musicians are allowed to shine, yet still share responsibility for the collective. They also share the aim of achieving and delivering the highest level of quality at every performance, an ambition that goes far beyond simply playing all the notes perfectly.
This is how magic is made and a concert becomes a truly unforgettable experience.
Daniele Gatti
Born in Milan, Daniele Gatti studied piano and graduated in composition and conducting at the city's Verdi Conservatory. He is chief conductor of the Royal Concertgebouw Orchestra with effect from the 2016/17 season.
Between 2008 and 2016, he was the music director of the Orchestre National de France. Prior to this, Daniele Gatti was music director of the Royal Philharmonic (1996–2009), principal conductor of the Orchestra dell’Accademia Nazionale di Santa Cecilia in Rome (1992–97), principal guest conductor at the Royal Opera House, Covent Garden (1994–97), music director of the Teatro Comunale in Bologna (1997–2007), and principal conductor at the Zurich Opera House (2009-2012). In 2016 he was appointed artistic adviser of the Mahler Chamber Orchestra.
As a guest conductor, Daniele Gatti regularly leads the Vienna Philharmonic, the Berliner Philharmoniker, the Munich Philharmonic, the Mahler Chamber Orchestra and the Orchestra Filarmonica della Scala.
He has conducted many new productions at leading opera houses all over the world and has close ties with the Teatro alla Scala in Milan and the Viennese Staatsoper. Maestro Gatti is one of the few Italian conductors ever invited to the Festival of Bayreuth, where he conducted Wagner's Parsifal in 2008, 2009, 2010 and 2011. At the Metropolitan Opera in New York he made his debut in a production of Puccini's Madama Butterfly in 2004, and returned in 2013 for an acclaimed new production of Parsifal, the DVD of which was released in spring 2014.
Since his overwhelming debut in April 2004, Daniele Gatti was a very regular guest with the Royal Concertgebouw Orchestra. During his first seasons as chief conductor he plays an important part in the RCO meets Europe tour programme.
Daniele Gatti is Grande Ufficiale al Merito della Repubblica Italiana and Chevalier des Arts et des Lettres de la République Française, and was awarded the prestigious Franco Abbiati Prize in both 2005 and 2016. In July 2016, the French Republic named him Chevalier de la Légion d'Honneur.