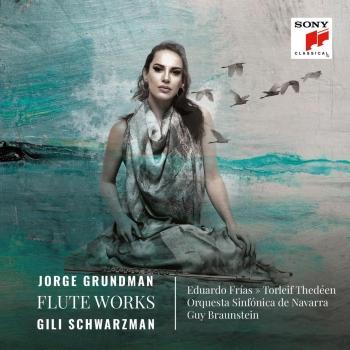 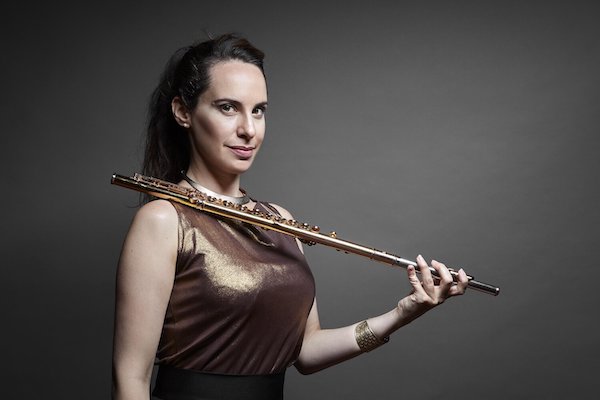 Gili Schwarzman
Internationally acclaimed flutist Gili Schwarzman performs regularly as a soloist on the most renowned stages in Europe, Musikverein Wien, Berlin Philharmonie, Auditorio Nacional Madrid, Queen Elizabeth London, to name a few.
As an enthusiastic chamber musician Gili has also been a regular participant in many prestigious festivals, to include Salzburg Festival and Lucerne Festival, where she shared stage with some of today’s leading musicians, and has been touring with a chamber music group of the Berlin Philharmonic, alongside playing in the “West Eastern Divan Orchestra” under the baton of Maestro Daniel Barenboim.
In the season of 2018/19 a Debut chamber music CD, recorded with Alisa Weilerstein, Amihai Grosz, Guy Braunstein and Susanna Yoko Henkel, featuring great arrangements of works by Dvorak,Wolff and Beethoven, has been released by Pentatone Classics, followed by wonderful critics in the major music journals.
Gili’s debut solo album with Sony classical, featuring original compositions, including a sonata dedicated to her by composer Jorge Grundman, will be released in the summer of 2022, followed by a release recital in Carnegie hall.
Recently Gili also started composing, her first commissioned composition has been written for acclaimed American Cellist Alisa Weilerstein, and will be performed firstly at Carnegie Hall in the season of 2023, her second composition, for orchestra, will be premiered in September 2022 by Konzerthaus Orchestra Berlin.
"when played with fresh enthusiasm and a true sense of spontaneity and collaboration, led by the supremely elegant and emotionally rich and colorfully charged Schwarzman, it becomes a startling reminder not only of Mozart's genius" - The Strings Magazine, Laurence Vittes