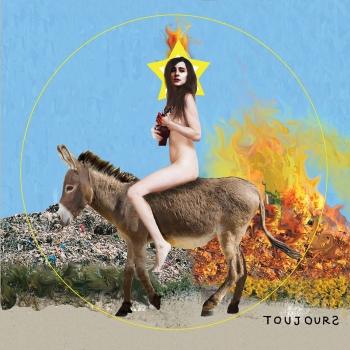 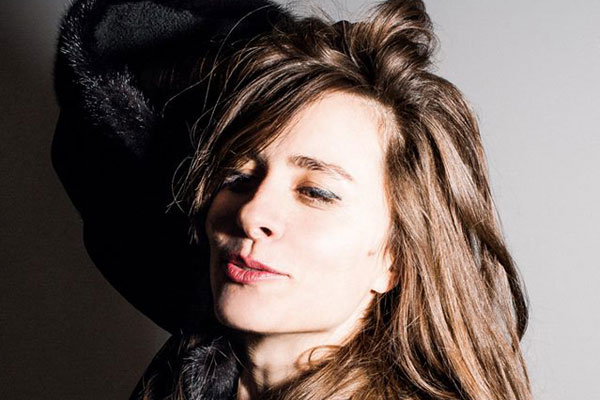 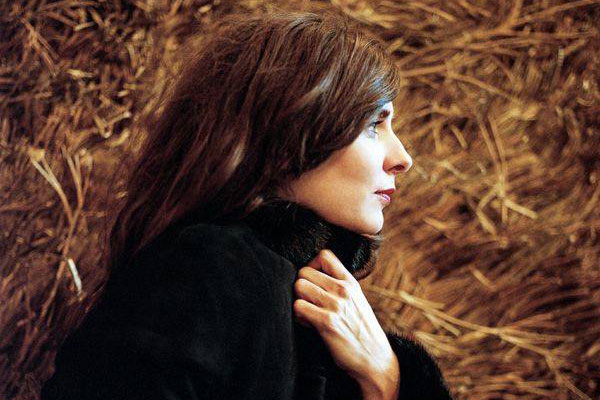 Sabina Sciubba
celebrated femme fatale, has a lifelong connection to Naim Label. In 1994, aged 19, the stunningly sultry vocalist was discovered in Hamburg by Naim's virtuoso guitarist Antonio Forcione. Their resulting collaboration, Meet Me In London (1998), is an audiophile classic and the best-selling album in the label's history. So began Sciubba's singular career, soon living in New York fronting the Brazilian Girls (signed to U.S jazz label Verve in 2003), a sort of avant-garde electro-punk Scissor Sisters featuring one girl (Sciubba) and no Brazilians. Sciubba was (and remains) both a vocal and visual enigma, singing in four languages (English, German, French, Italian), forever covering her eyes with conceptual hair and wearing outfits Lady Gaga would approve of (one billowing frock appeared to be a ventilation shaft, made of crepe). Today, after a move to Paris in 2009, a soon-to-end band hiatus and the birth of her two children, she finally comes home, back to Naim Label with her debut solo album, Toujours, a compelling, intimate, narcotic dreamscape you might call The Parisienne Velvet Underground and Nico, with jokes.
"I haven't listened enormously to the Velvet Underground but it's a good soundtrack for real life," she purrs, in her low-slung, pan-European accent, a truly global citizen born in Rome, raised in Munich and Nice. "I wanted something for a more contemplative audience. Sometimes with Brazilian Girls I think, 'I want people to hear my voice but they're dancing and screaming!'" Toujours, written on guitars in Paris and produced by Brazilian Girls' producer Frederick Rubens, is New York new-wave carousing with Serge Gainsbourg, an art-punk, multi-lingual, Marlene Dietrich hypnotising the hobos in a Weimar Republic dive-bar. A lingering side-ways glance at contemporary life, opening track Cinema laments cultural decline, likening the fall of movies to "an old whore who has lost her charms". On Toujours, meanwhile, she decides "we might as well be happy", the song's DIY, semi-animated video a homage to Pythonesque surrealism, Sciubba on a donkey, playing a ukulele, a star around her head, wearing nothing but a goofy smile. This is not what we expect from a femme fatale and partly a rejection of today's sexually aggressive, physically "perfect" pop sirens.
"Yes, because I find it all ridiculous," she snorts. "I wanted no make-up and no photoshopping. Well, I did take a bit off my belly because I had just delivered a child - don't tell anybody! - but I found it refreshing, 'I don't give a shit, this is how I look, boom, take it or leave it'." It took seven months of experimentation, "getting the donkey to walk took three weeks", the original idea "a parody of an archetypal Messiah image". To get to that point took a less theological image.
"I photographed myself naked, sitting on a closet, like a French dresser," she laughs. "The actual photos are ridiculous. My older son was looking at me like, 'oh no, she's lost it'."
Sciubba, 38, is an old-school maverick spirit, a lifelong musical obsessive who, as a child, wanted "to marry Michael Jackson", before veering off into left-field jazz, Billie Holliday and global underground electro-pop. "I'm so extreme in my personality, I go very much all the way with what I like, until I overdose," she notes, rather tantalisingly. Today she remains uncompromising, "too idealistic", maintaining her originality in the face of a traumatised, risk-averse music industry. She came home to Naim for a reason: creative freedom.
"Most record companies definitely vote for safety over taste, personal taste even," she laments. "It's to do with corporate structure: people who make decisions don't even listen to music, they look at numbers and cross people off lists who don't make money. But that's true for everything." On the brooding, gallows-funny Fields Of Snow she opines, dramatically, "and now we have no money!", a love story set against austerity. In France, she notes, government cuts are "painful", taxes "hardcore", while a creative generation struggles in our online world of give-us-your-art-for-free. "It's terrible," she despairs. "In my circle of friends - and I live in an upper scale neighbourhood - everybody is broke. And they don't admit it! I'm not starving but compared to five, eight years ago I definitely have much less money."
The internet, she adds, while good for artistic autonomy, is hopeless for reality.
"Personally, because of the way it affects our daily lives, I would just like to blow up the whole internet system," she announces, becoming more radical by the second. "Everyone is always on their cellphones and computers and I find it absolutely horrible. People don't even see each other anymore, it's all on bloody Facebook."
It is, she posits, a primal problem no-one could have foreseen: we're hard-wired to instantly respond to alerting lights.
"The human reaction to movement and light is you look at it," she notes. "Otherwise there would be flashing danger and we wouldn't turn around. The internet is the same: there's no way somebody can not look, it's so tempting. It's made to be that way, not by evil spirits, by people who genuinely think it's great but at the same time we should speak together, make music together, learn instruments. My children, it's impossible to keep them away from YouTube. I was considering terrorism!"
Spoken like a true Parisienne. In 2014, meanwhile, before the Brazilian Girls return, she'll take Toujours on the road, touring the great European capitals with a band. Can we expect an appearance from a donkey?
"Touring with a donkey is unfortunately very expensive," she smiles. "Maybe I'll project one onto one of my bandmates!"
That's the spirit. Welcome home...• Toujours is scheduled for release through Naim Edge records in March 2014.