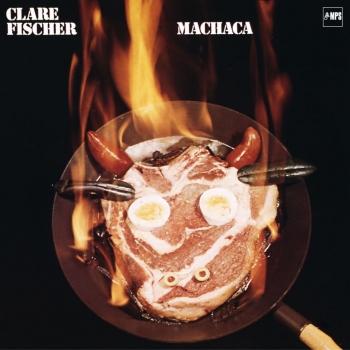 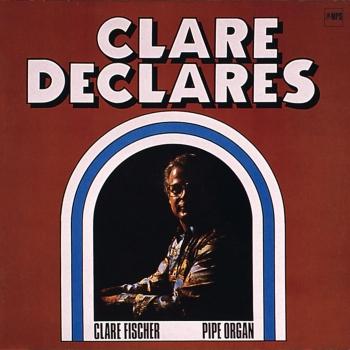 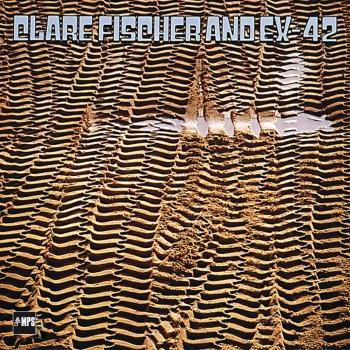 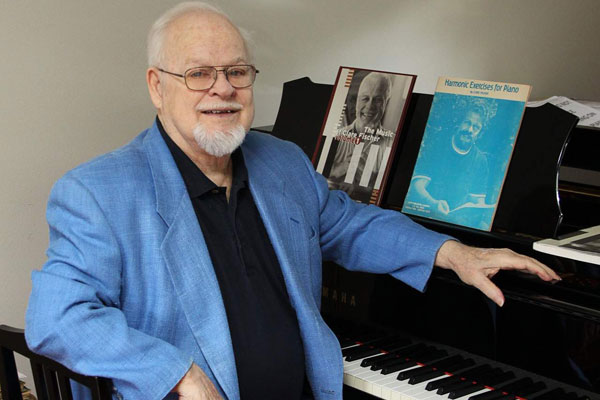 Clare Fischer
Born on October 22, 1928 in Durand, Michigan, Clare Fischer is an uncommonly versatile musician, a master with many muses. Trained in the classics, inspired by jazz artists, healed by the rhythms of Latin and Brazilian music, his eclectic sound finds expression in every chart and instrument he touches.
A veteran studio musician and a composer of rare quality, Fischer began his studies in Grand Rapids, Michigan, at South High School with director of music, Glenn Litton. After receiving his master’s degree in composition from Michigan State University, where he studied with Dr. H. Owen Reed, he traveled extensively with “The Hi-Lo’s” as pianist-conductor for 5 years. About the same time, his musical ascension began with his critically acclaimed arrangements for Dizzy Gillespie’s “A Portrait of Duke Ellington.” Fischer’s influences, absorbed along the way, are as distinct as his music: Stravinsky and Shostakovich, Bartok and Berg, Dutilleux, boogie-woogie pianist Meade Lux Lewis, Nat “King” Cole, Duke Ellington, Bud Powell and early Lee Konitz – Fischer’s self-expression knows no boundaries.
“I relate to everything,” he explains. “I’m not just jazz, Latin, or classical. I really am a fusion of all of those, not today’s fusion, but my fusion.”
In 1983 classical concert artist Richard Stoltzman commissioned Fischer to write a symphonic work using Duke Ellington and Billy Strayhorn themes. The resulting composition, “The Duke, Swee’pea and Me,” features Stoltzman on clarinet, and is performed with symphony orchestras around the world. More recently Fischer was commissioned by Stoltzman to write a “Sonatine for Clarinet and Piano” in three movements, which he has recorded with RCA on his album, “American Clarinet” and is being published by Advance Music in Germany.
In 1986 Clare won his second Grammy Award – this one for his album, “Free Fall,” the first having been won in 1981 for his album, “Salsa Picante plus 2 + 2.” Since that time he has spent more time as a jazz educator, performing solo piano concerts and conducting clinics and master classes in universities and music conservatories in Scandinavia, Europe and throughout the United States.
In the last few years Clare has appeared in Paris, Finland, Norway, Germany with the WDR Big Band, Holland with the Metropole Orchestra, Austria at the Vienna Konzerthaus and in Mexico City at the Ollin Yolítzli Concert Hall in a concert commemorating the music of Antonio Carlos Jobim on the anniversary of his death in December, 1996. In October of 1998 he performed at the Choro Festival with Hélio Delmiro in Sáo Paulo, Brazil and returned in July, 2000 for a three-city tour in that country with Delmiro. In May 2001 Clare completed a European tour teaching master classes and performing solo piano concerts in four countries.
In addition to Dizzie Gillespie, Fischer has written for Cal Tjader, George Shearing, Diane Schuur, Natalie Cole, Chaka Khan and Rufus, The Jacksons, Earl Klugh, Prince, Robert Palmer, Paul McCartney, Michael Jackson, Spike Lee, João Gilberto, Paula Abdul, and most recently Brian McKnight, Regina Belle, J. Spencer, Norman Whitfield, Branford Marsalis, Tori Amos, Terry Trotter, a French group – “Charts,” a Japanese group – “Sing Like Talking,” Vanessa Williams, Brandy, Tony! Toni! Toné! and many others. His arrangements for strings are truly a revelation.
Since beginning his professional career, Fischer has recorded over 45 albums as leader and has arranged, composed and/or played on another 100 plus albums for other recording artists. His discography reads like a “Who’s Who” of the recording industry. Recent releases include “Clare Fischer’s Jazz Corps,” a big band album made up of 20 brass, 6 woodwinds plus rhythm; and “Symbiosis,” recorded with Hélio Delmiro on unamplified Brazilian guitar and Clare on digital piano. In January 2001 Fischer produced his first classical CD, “After the Rain,” made up entirely of his own symphonic works.
In December, 1999, Michigan State University School of Music conferred an Honorary Doctorate of Fine Arts Degree on Clare in recognition of his “creativity and excellence as a jazz composer, arranger and performer.”
On January 8, 2012, Fischer suffered a cardiac arrest in Los Angeles, following a minor surgery a few days before. His wife of 18 years, Donna, was at his side and performed CPR. He remained in ICU on life support, and died on January 26, 2012. He is survived by his wife; three children, Lee, Brent and Tahlia; and two stepchildren, Lisa and Bill Bachman.