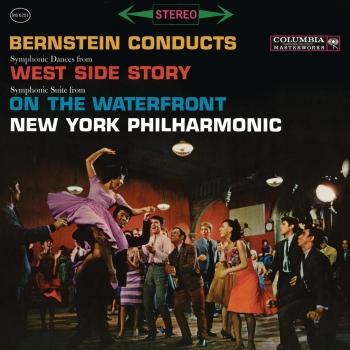 Bernstein: Symphonic Dances from "West Side Story" & Symphonic Suite from the Film "On The Waterfront" (Remastered) 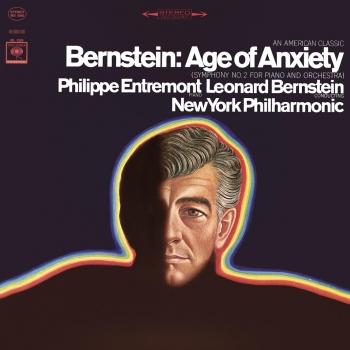 Bernstein: The Age of Anxiety & Serenade after Plato's "Symposium" (Remastered) 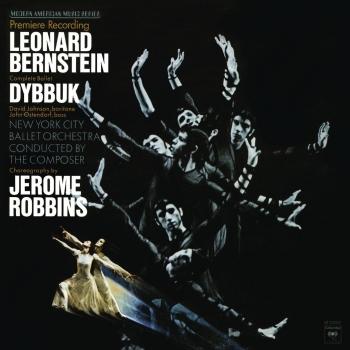 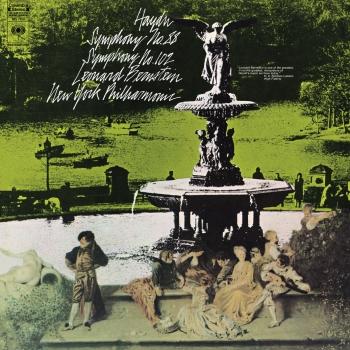 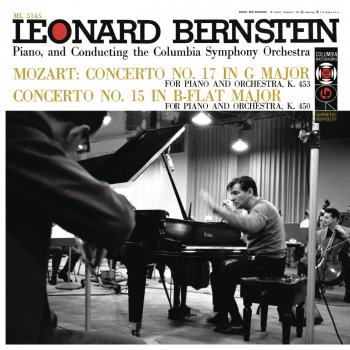 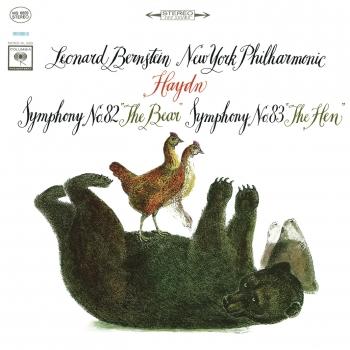 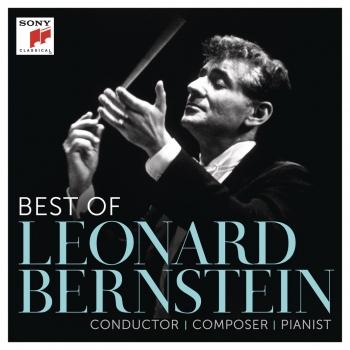 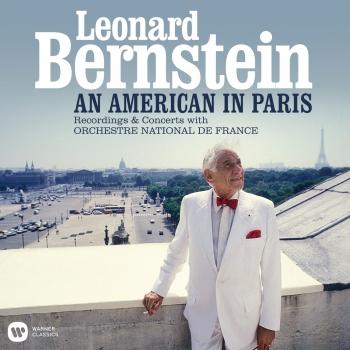 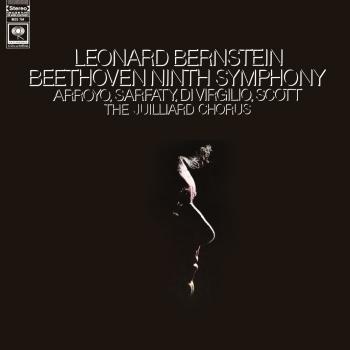 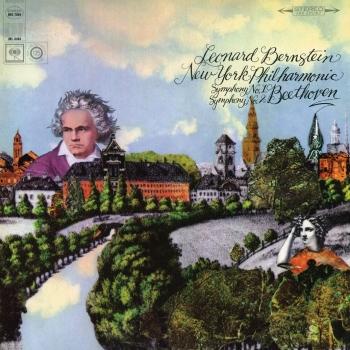 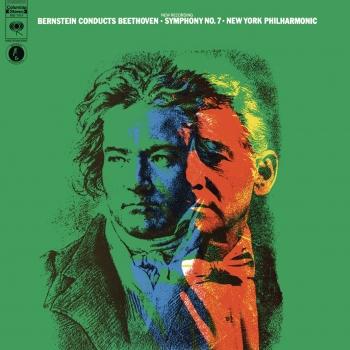 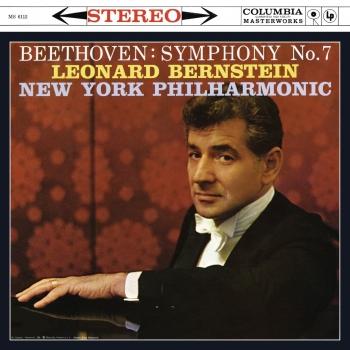 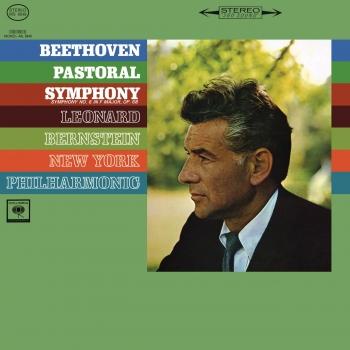 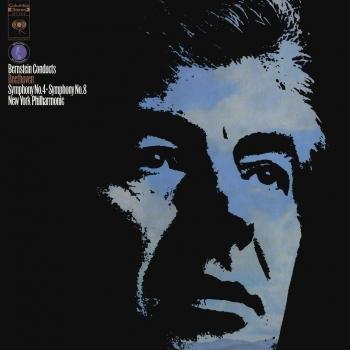 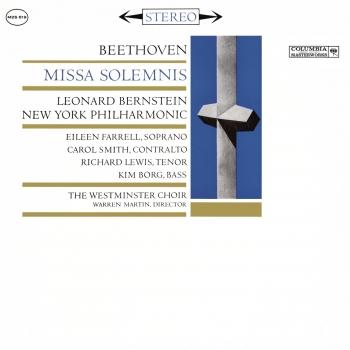 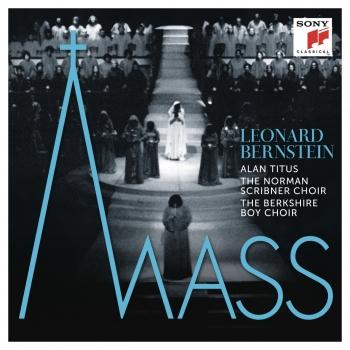 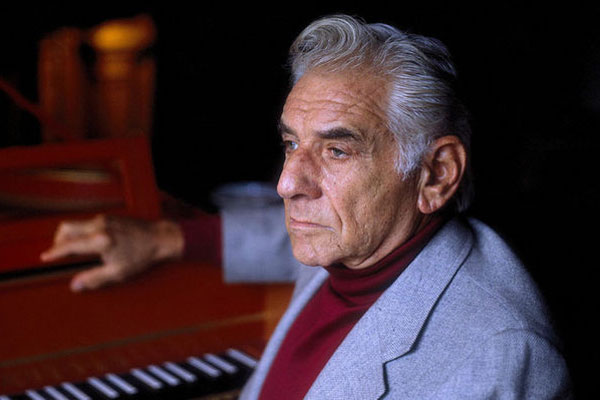 Leonard Bernstein
was born in Lawrence, Massachusetts. He took piano lessons as a boy and attended the Garrison and Boston Latin Schools. At Harvard University, he studied with Walter Piston, Edward Burlingame-Hill, and A. Tillman Merritt, among others. Before graduating in 1939, he made an unofficial conducting debut with his own incidental music to 'The Birds,' and directed and performed in Marc Blitzstein's 'The Cradle Will Rock.' Then at the Curtis Institute of Music in Philadelphia, he studied piano with Isabella Vengerova, conducting with Fritz Reiner, and orchestration with Randall Thompson.
In 1940, he studied at the Boston Symphony Orchestra's newly created summer institute, Tanglewood, with the orchestra's conductor, Serge Koussevitzky. Bernstein later became Koussevitzky's conducting assistant.
Bernstein was appointed to his first permanent conducting post in 1943, as Assistant Conductor of the New York Philharmonic. On November 14, 1943, Bernstein substituted on a few hours notice for the ailing Bruno Walter at a Carnegie Hall concert, which was broadcast nationally on radio, receiving critical acclaim. Soon orchestras worldwide sought him out as a guest conductor.
In 1945 he was appointed Music Director of the New York City Symphony Orchestra, a post he held until 1947. After Serge Koussevitzky died in 1951, Bernstein headed the orchestral and conducting departments at Tanglewood, teaching there for many years. In 1951 he married the Chilean actress and pianist, Felicia Montealegre. He was also visiting music professor, and head of the Creative Arts Festivals at Brandeis University in the early 1950s.
Bernstein became Music Director of the New York Philharmonic in 1958. From then until 1969 he led more concerts with the orchestra than any previous conductor. He subsequently held the lifetime title of Laureate Conductor, making frequent guest appearances with the orchestra. More than half of Bernstein's 400-plus recordings were made with the New York Philharmonic.
Bernstein traveled the world as a conductor. Immediately after World War II, in 1946, he conducted in London and at the International Music Festival in Prague. In 1947 he conducted in Tel Aviv, beginning a relationship with Israel that lasted until his death. In 1953, Bernstein was the first American to conduct opera at the Teatro alla Scala in Milan: Cherubini's 'Medea' with Maria Callas.
Bernstein was a leading advocate of American composers, particularly Aaron Copland. The two remained close friends for life. As a young pianist, Bernstein performed Copland's 'Piano Variations' so often he considered the composition his trademark. Bernstein programmed and recorded nearly all of the Copland orchestral works --many of them twice. He devoted several televised 'Young People's Concerts' to Copland, and gave the premiere of Copland's 'Connotations,' commissioned for the opening of Philharmonic Hall (now Avery Fisher Hall) at Lincoln Center in 1962.
While Bernstein's conducting repertoire encompassed the standard literature, he may be best remembered for his performances and recordings of Haydn, Beethoven, Brahms, Schumann, Sibelius and Mahler. Particularly notable were his performances of the Mahler symphonies with the New York Philharmonic in the 1960s, sparking a renewed interest in the works of Mahler. Visit: www.leonardbernstein.com