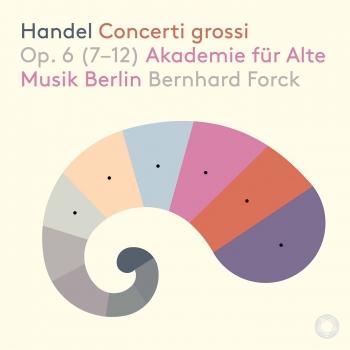 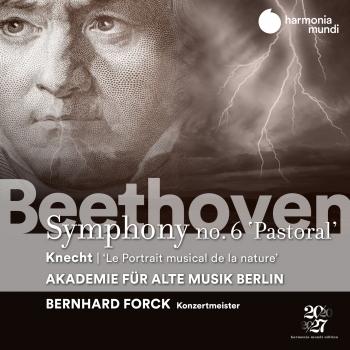 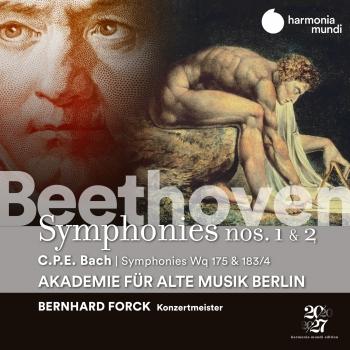 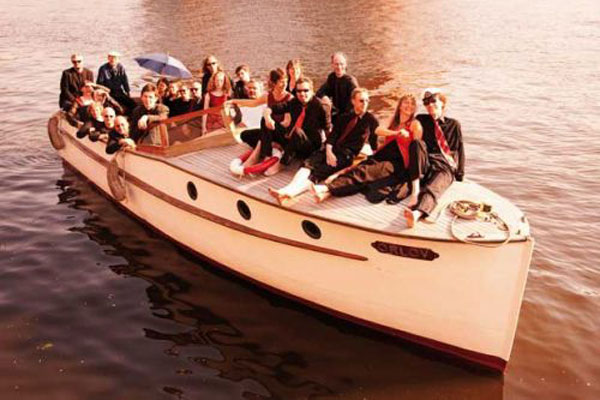 The Akademie für Alte Musik Berlin (Akamus)
was founded in 1982 in Berlin. Since its beginnings, it has become one of the world‘s leading chamber orchestras on period instruments and can look back on an unprecedented history of success. From New York to Tokyo, London or Buenos Aires, Akamus is a welcome guest, appearing regularly at the most important venues throughout Europe and internationally, touring as far afield as the USA and Asia.
Akamus has established itself as one of the pillars of Berlin‘s cultural scene, having had its own concert series at the Konzerthaus Berlin for more than 30 years and having collaborated with the Staatsoper Berlin on their Baroque repertoire since 1994. In addition, the ensemble has had its own concert series at Munich’s Prinzregententheater since 2012.
With up to 100 performances annually, Akamus performs in a variety of formations from chamber music to symphonic repertoire. As well as working with guest conductors, the orchestra is often directed from the leader‘s chair by one of its three concert masters Bernhard Forck, Georg Kallweit or Stephan Mai.
The ensemble has an especially close and enduring partnership with René Jacobs. Their mutual passion to explore new paths has led to the rediscovery and new interpretation of many operas and oratorios, to great international critical acclaim. Their recordings of Mozart’s "The Abduction from the Seraglio" and Bach’s "St. Matthew" and "St. John" Passions received numerous awards and their productions at the Theater an der Wien in Vienna have been praised highly by the international press.
In the recent past, Akamus was directed by Emmanuelle Haïm, Bernhard Labadie, Paul Agnew, Diego Fasolis and Rinaldo Alessandrini. Akamus‘ most fruitful cooperation with the RIAS-Kammerchor has produced many award-winning recordings. In addition, the ensemble maintains close cooperation with the Bavarian Radio Chorus. Regular guests include internationally renowned soloists such as Isabelle Faust, Andreas Staier, Alexander Melnikov, Anna Prohaska, Werner Güra, Michael Volle and Bejun Mehta. Together with the Sasha Waltz & Guests dance company, Akamus has developed successful productions such as "Dido & Aeneas" (music by Henry Purcell) and "Medea" (music by Pascal Dusapin).
Having sold more than a million CDs, Akamus is a highly successful orchestra internationally. Their recordings have won all important awards for classical recordings, such as the Grammy, Diapason d‘Or, Cannes Classical, Gramophone, Edison, MIDEM Classical, Choc de l‘année as well as the Jahrespreis der Deutschen Schallplattenkritik. In 2006, Akamus received the Telemann prize of Magdeburg and in 2014 both the Bach Medal and Echo Klassik.
Akamus‘ most recent CD productions include Bach‘s "Dialogue Cantatas" with Sophie Karthäuser and Michael Volle, Bruckner‘s „Missa solemnis“ with the RIAS Kammerchor under the baton of Łukasz Borowicz, „Cantata“, a new recording with Bejun Mehta, and Mozart’s “Great Mass in C minor” with the Bavarian Radio Chorus under the baton of Howard Arman.
Bernhard Forck
has dedicated himself to the violin since the age of five. After completing his studies in 1986 at the Hochschule für Musik Hanns Eisler in Berlin with Eberhard Feltz he became a member of the Berlin Symphony Orchestra. At the same time he became interested in historical performance practice and studied with several leading authorities in the field, including Nikolaus Harnoncourt at the Mozarteum in Salzburg.
Bernhard Forck has been a member of the Akademie für Alte Musik Berlin since the ensemble’s start in 1982. His involvement as one of the ensemble’s concertmasters is the result of his intensive work with historical performance practice and has played a key role in establishing the success of Berlin’s period instrument ensemble. Together with Akamus, Bernhard Forck has regularly performed in Europe’s musical metropolises, touring the Middle East, Japan, Southeast Asia, Australia, as well as North and South America.
His professional career as a violinist has also flourished through his work with the Berlin Barock Solisten, of which he is a member as well. Numerous CD productions and performances abroad attest to his artistic prowess, seen too in his work as a teacher at the Hochschule für Musik Hanns Eisler in Berlin. Moreover, as a modern violinist he founded the Manon Quartet Berlin in 1995, an ensemble which dedicated itself to the music of the Second Viennese School and was part of Tanglewood’s Quartet in Residence program.
In 2007 he became the musical director of the Handel Festival Orchestra in Halle and is the artistic director of the concert series Händel zu Hause. In 2010 he conducted the festival’s production of Handel’s opera Orlando and in 2012 the festival’s production of Alcina. CD and DVD recordings document this successful work with the festival.