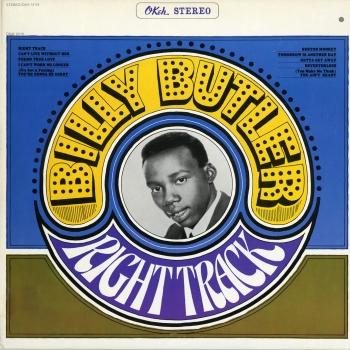 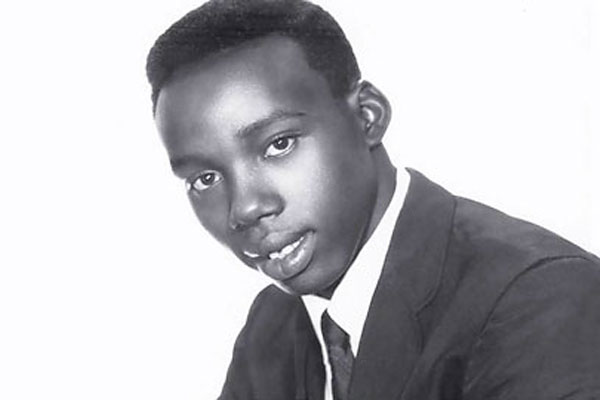 Billy Butler
was the Chicago singer who creatively most benefited from Curtis Mayfield’s encouragement and early tutelage. Billy is Jerry Butler’s younger brother, so naturally Jerry and Curtis were both major influences in Billy’s early development as a singer/songwriter. Mayfield supervised and Carl Davis produced his first session at OKeh on 8 May ‘63, and they co-wrote his first recording ‘Found True Love’ that was arranged by Johnny Pate.
Chart action wasn’t any friend to Billy Butler – a series of badly timed events dogged progress throughout his singing career but thankfully he persisted long enough to produce many beautiful love songs and some of the greatest ‘uptown soul’ of all time. Curtis provided Billy with songs like ‘Nevertheless’, ‘You’re Gonna Be Sorry’, ‘Does It Matter’ and ‘I’m Just A Man’ for his early OKeh sessions. But, it was a re-working of the Impressions’ ‘I Can’t Work No Longer’ that gave Billy Butler his biggest chart success when it hit #6 US R&B in June ’65. The insistently uptempo ‘Right Track’ made #24 R&B in July ‘66 and became the song that he’s best know for in Europe. Billy parted company with OKeh and his group the Chanters in ’67 to pursue a solo career with producer Carl Davis at Brunswick. His solo efforts made no commercial impact during the next two years but Billy put out some great records starting with the superb ‘Love Grows Bitter’. He wrote one of his finest songs ‘I Stand Accused’ that scored a big hit for co-author Jerry. Gene Chandler recorded ‘Bless Our Love’, ‘A Song Called Soul’ and ‘No Peace, No Satisfaction’, Lavern Baker, the Artistics and Jackie Wilson also cut his songs. The Opals had ‘Does It Matter’ and Otis Leavill cut ‘Let Her Love Me’ and ‘To Be Or Not To Be’ - the list goes on and on.
Billy formed his new group Infinity with ex Chanter Errol Banks, Phyllis Knotts and Larry Wade in 1967. When the their first record ‘Get On The Case’ took off it raced to #41 R&B within a few days of release and caught Stax (Fountain’s distributor) on the hop because they couldn’t supply enough records to meet public demand. Infinity put this disappointment behind them and signed to Mercury for their next two singles but things did not improve. Undaunted the Brothers Butler set up their next venture, Memphis Records in 1970 whose roster included the Unifics, James Spencer, the Girls, Ollie & The Nightingales and Infinity. When Memphis released ‘I Don’t Want To Lose You’ it took off in Chicago but they couldn’t get airplay anywhere else countrywide. The quartet had an album issued by Pride in ’71 but despite all their talent they couldn’t create much commercial success. After the group’s disintegration three years later, Billy busied himself behind the scenes at the ‘Butler Workshop’ writing and producing for other artists. He had become brother Jerry’s MD on the road with the Ice Man Band, fulfilling a role that others like Mayfield and Phil Upchurch had previously performed. Billy continued to write, perform and he did cut a few demos but couldn’t get a record deal until Curtom signed him in March ’76 and issued Sugar Candy Lady, his only solo album. Unfortunately the finished album was uneven and it did not chart anywhere. Once again the luckless Butler found himself in the right place at the wrong time. Within a year Curtom had switched distributors to RSO and cut back drastically on their core roster. Billy disappeared back under cover writing and performing with the Ice Man’s Band but between 1963 –’86 he made great records for the OKeh, Brunswick, Fountain, Mercury, Memphis, Uni, Pride, MGM, Curtom and Trumpet labels.