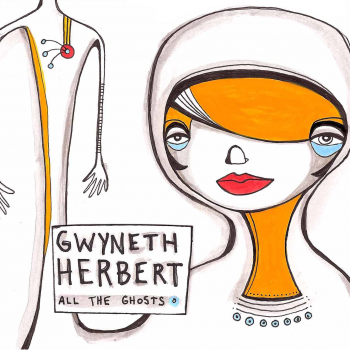 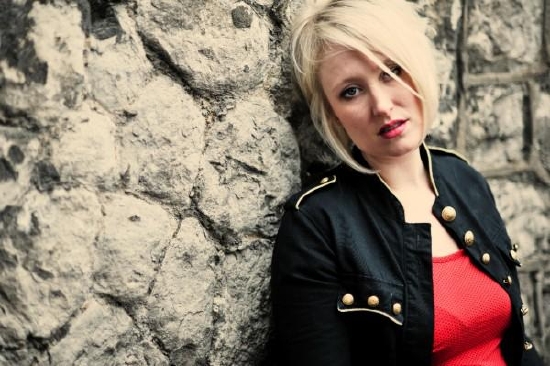 Gwyneth Herbert is an artist who continues to redefine (and defy) our expectations. A singer-songwriter with one foot in the jazz world and one somewhere in the future, with pierrot-dotted eyes, polka-spotted shoes and swanny whistle in hand she may appear as whimsical as a Bonzo Dog, but writes beautiful melodies and has a poet’s grasp of the world around her. Her song-writing has been compared to Lennon and McCartney, Ray Davies and Janis Ian, while musically her influences range from the junk yard clunk of Tom Waits to the Brechtian punk of the Dresden Dolls and from the minimalism of Steve Reich’ to the banging drum ‘n’ bass of Hackney’s pirate stations.
In just the last few months Herbert has won two prestigious theatrical awards, had them queuing around the block at the Rochester Jazz Festival in New York (where her show was in the top ten out of over two hundred), seen her cover of Neil Young’s ‘Only Love Can Break Your Heart’ used in a Hollywood ‘rom com’, appeared at Wilton’s Music Hall alongside Sian Phillips and Marc Almond, written a song-cycle about the sea to debut in Aldeburgh this autumn, sung a series of 18th Century murder ballads on Radio 4, and composed and performed a specially commissioned soundtrack to silent film The Patsy at the BFI. But while this breathtaking range of activities reveals Herbert to be very much a 21st century artist able to draw on a formidable range of talents, she remains at the very heart of it all a storyteller with a fine ear for a catchy hook, as her latest single, the charming Perfect Fit amply demonstrates.
Perfect Fit is also at the heart of Herbert’s forthcoming release, Clangers & Mash, a mini-album that draws on the many sides of her musical world from stripped back ukulele strums through recent classics to dark-hearted remixes that present her work in a brand new light.
As Herbert herself puts it: “I wanted to do something a bit different to mark the release of our new single, Perfect Fit, so I scrabbled around for a few backstage scrapings and asked a handful of my lovely and varied musician friends to present some Herbert tracks as they’d never been heard before. The result is Clangers and Mash: bleepy, tappy, pleasureful ear food to tickle your bellies. Tuck in!”