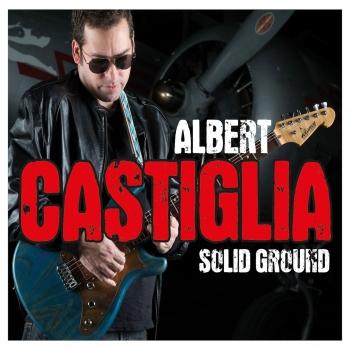 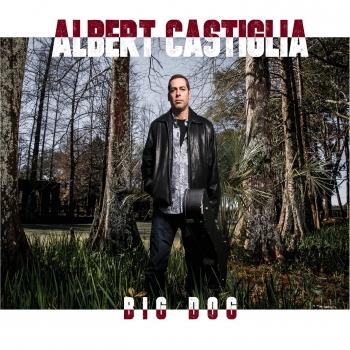 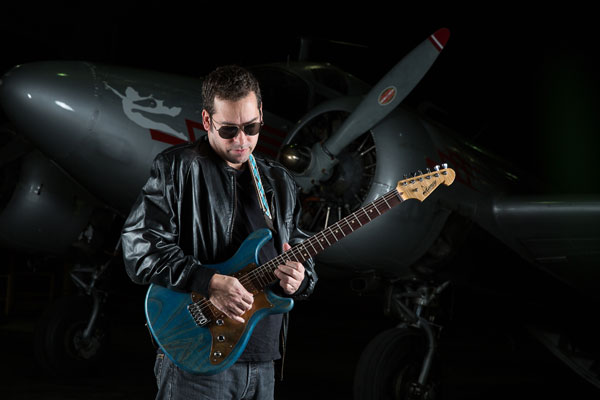 Albert Castiglia
(pronounced “ka-STEEL-ya”) is Keepin On – and much more. With the release of Castiglia’s 5th CD Keepin On, August 2010 on Blues Leaf Records (his third CD on this label), Albert is doing exactly what the title of the CD suggests. Having opened for ZZ Top, Elvin Bishop, and The Radiators, he’s quickly becoming a favorite high energy performer at festivals across the country.
Castiglia’s history is as colorful as his home town of Miami, Florida, going back to 1990 when he played in a local Miami Band, The Miami Blues Authority, and won awards locally for “Best Blues Guitarist.” He got a big break after meeting the legendary Junior Wells in 1996, and soon became Junior’s lead guitar player before Wells died in 1998. Albert toured the U.S. and Europe with Junior and then found himself in Chicago when Junior passed. Soon though, he was touring again with Sandra Hall.
He returned to South Florida after deciding to launch his solo career and went to work on his first CD, Burn (2002), a self-release, collaborating with his long time friend, Graham Wood Drout of Iko-Iko. Drout’s visceral, yet literary songs became the perfect vehicle for Castiglia’s soulful vocals. In 2006, he released A Stone’s Throw, his second album and first release for Blues Leaf Records, which included two of Drout’s insightful songs, “Big Toe” and “Ghosts of Mississippi.” Castiglia and Drout also released a live CD together, titled The Bittersweet Sessions, in 2005.
His 2008 CD, These are the Days (Blues Leaf Records), contained five original Albert Castiglia songs, including a tribute to his mentor Junior Wells, “Godfather of the Blues.” The cover songs from These are the Days paid tribute to a wide range of styles and artists from Bob Dylan, Nappy Brown and Fenton Robinson. These are the Days earned him a Blues Music Award nomination for “Song of the Year” for his original, “Bad Year Blues.” Castiglia was nominated again by the Illinois Blues Blast Awards and this time walked away a winner for “Song of the Year” for “Bad Year Blues,” as well as being nominated for the “Sean Costello Rising Star Award.”
Most of his new CD release, Keepin On, was recorded live with very few overdubs. He enlisted five session musicians to help on the project, including harmonica master Sandy Mack, who played on “I Could Not Ask for More,” a Peter Green song. Mack had played on “Ghosts of Mississippi,” a track from Albert’s A Stones Throw album in 2006. According to Castiglia, “He kicked butt then and he picked up where left off on this session. ”Keepin On features five new original tunes, plus other covers of songs by John Lee Hooker, Mack Rice, T-Bone Walker, Robert Nighthawk and Bob Dylan
“I did two acoustic songs and enlisted dobro genius Toby Walker for them,’ says Castiglia about the new CD. “Toby is world renowned and has even taught at Jorma Kaukonen’s Fur Peace Ranch in Pomeroy, Ohio, a number of times. Toby came in originally to play on a song I wrote called ‘Sweet Southern Angel.’ That went so well and quickly, that we wound up doing another number for the hell of it, Robert Nighthawk's ‘Murderin' Blues.’ I can honestly sum up those two tunes with one word, ‘Magic.’ He did a great job and I hope we get to work together again.”
The result is a fascinating journey into what Albert feels is his best work to date. Listen for yourself.