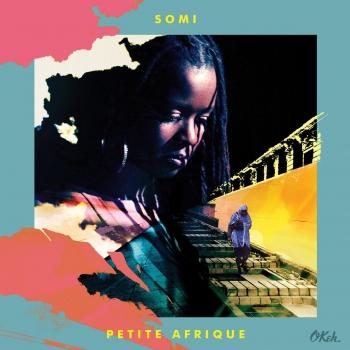 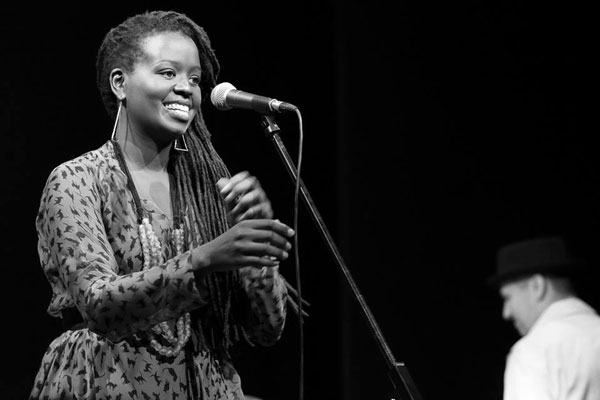 Somi
In late 2011, acclaimed East African vocalist & songwriter Somi decided to move from New York City to Lagos, Nigeria for 18 months in search of new inspiration. The result: a new album she calls The Lagos Music Salon released in August 2014 as her major label debut on Sony Music/Okeh - landing at #1 on US Jazz charts. The album, which features special guests Angelique Kidjo, Common and Ambrose Akinmusire, draws it material from the tropical city's boastful cosmopolitanism, urgent inspiration, and giant spirit - straddling the worlds of African jazz, soul, and pop with a newfound ease and a voice that Vogue Magazine simply calls “Superb!”
Born in Illinois to immigrants from Rwanda and Uganda, the African and Jazz legacies are always crucial to her sound. Often referred to as a modern-day Miriam Makeba, JazzTimes magazine describes her live performance as “the earthy gutsiness of Nina Simone blended with the vocal beauty of Dianne Reeves,” while Billboard exclaims that she’s “all elegance and awe…utterly captivating.”
The Lagos Music Salon is a highly anticipated follow up to the young singer’s last studio album, If The Rains Come First (ObliqSound) – a stunning collection of self penned story-based songs which debuted at #2 on the Billboard World Chart, and featured her long-time mentor & legendary trumpet player Hugh Masekela. The Boston Globe proclaims the album “is a sustained triumph displaying rich musicality, a sharp pop sense, and rare sophistication" while The Huffington Post dubbed the young singer "the New Nina Simone." Singing in English and a wide range of African languages, her artistic evolution is indisputable.
As her career has taken off, Somi’s talents have been called upon for collaborations and live performances alongside a diverse cast of artists including Mos Def, Baaba Maal, John Legend, Billy Childs, Paul Simon, Danilo Perez, Idan Raichel, Jennifer Hudson and many more. In 2011, Somi released her first live album of performances at the venerable Jazz Standard in New York City. The result of which JazzTimes hailed as “stunning…natural fervor and naked magnificence.” A two-time recipient of The Doris Duke Foundation's French-American Jazz Exchange Composers’ Grant, Somi began an exploration of African & Arab jazz traditions alongside acclaimed French-Lebanese trumpeter Ibrahim Maalouf while investigating the role of the female voice during the Arab Spring protests. That body of work recently premiered at The Kennedy Center’s 2014 Mary Lou Williams Jazz Festival. She is currently working on a jazz opera about the life and legacy of South African singer and activist Miriam Makeba.
Widely acknowledged as both artist and scholar, Somi is a TED Fellow, an inaugural Association of Performing Arts Presenters Fellow, a 2013 Park Avenue Armory Artist-in-Residence, and the founder of New Africa Live, a non-profit organization dedicated to celebrating the very best of contemporary African artists working in the performance, visual, and literary arts. Last year, Secretary General Ban Ki-Moon invited Somi to perform at the United Nations’ General Assembly in commemoration of the International Day of Remembrance of the Victims of Slavery and the Transatlantic Slave Trade. Somi and her band continue to perform at international venues and stages around the world. Somi is a 2015 Artist-in-Residence at UCLA's Center for the Art of Performance and The Robert Rauschenberg Foundation. In her heart of hearts, she is an East African girl who loves family, poetry, and freedom.