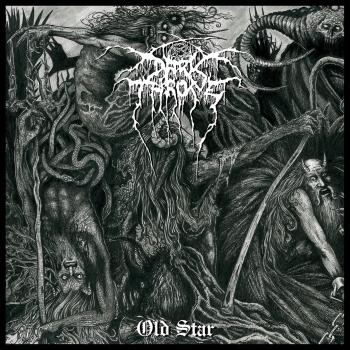 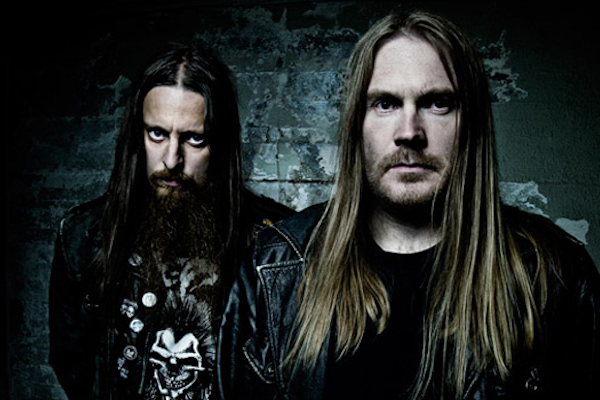 Darkthrone
was formed as 'Black Death' in 1986 by Gylve Nagell, Ted Skjellum, Ivar Enger and Dag Nilsen.
During the first years they played Death Metal with satanic lyrics. In 1988 they changed their band name to 'Darkthrone' and after releasing a couple of demos they recorded their first full-length album: Soulside Journey, which was released on Peaceville.
After the release of Soulside Journey they recorded Goatlord, but this masterpiece was not released before November 1996. Dag Nilsen left the band.
Darkthrone now left the Death Metal concept in advantage for the cold northern Black Metal. They was also heavily influenced by Celtic Frost (which become very clear when listening to Panzerfaust). This ment changing their image: corpsepaint and aliases! Gylve Nagell became Fenriz, Ted Skjellum became Nocturno Culto and Ivar Enger became Zephyrous.
In August 1991 Darkthrone went into Creative Studios to record A Blaze In The Northern Sky. They used several hours setting the sound to get it as hard, ugly and cold as possible, and since they knew what they where doing it ended up sounding great. It was this album which truely set the standard for the Northern Black Metal style. After this release Darkthrone more or less withdrew from the scene. The albums Transilvanian Hunger and Panzerfaust were recorded in their own studio; Necrohell Studios - which was a 4 track portastudio, too get that fine sound.
Darkthrone stayed on Peaceville for a total of four albums, then they went to Moonfog. This was done because they wanted to work with norwegians only. Zephyrous disappeared after the Panzerfaust album, but he neither quit or was fired. Fenriz claims that neither he or Nocturno Culto has heard anything from Zephyrous since the recording of Panzerfaust.