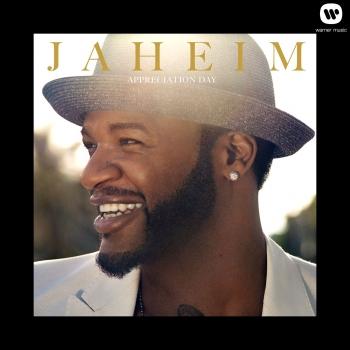 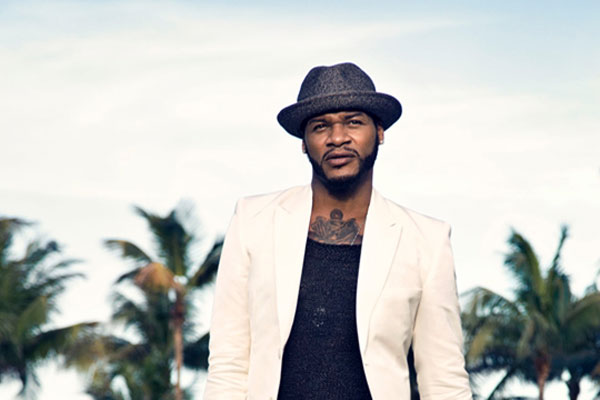 Jaheim
With his smooth, sonorous tone, Jaheim is the forerunner and torch-carrier of today's soul-originated R&B. A vocalist in the tradition of such greats as Teddy Pendergrass and Luther Vandross, he signed with former Naughty By Nature beat man Kay Gee's Devine Mill record label in 2000. Jaheim released three albums over five years: his 2001 debut, Ghetto Love; 2002's sophomore set, Still Ghetto – both of which reached RIAA platinum status; and 2006's Ghetto Classics. During that time, he also scored nominations for the BET and Soul Train Music Awards. In 2007, the chart-topping artist returns with his Atlantic Records debut, The Makings of a Man.
After taking time off following the release of Ghetto Classics, Jaheim returns with a renewed focus on the direction in which he wants to take his career. As he says, "I've been working in the studio over the past year on my milestone project, one that reflects the change and transition I've gone through." The past 12 months have been full of revelations. Jaheim has adopted a new lifestyle through healthy eating and exercise habits. He's purchased his first home. And for the first time in his life, he finds himself truly in love. That experience is documented on the album's first single, "Never." The track is a nod to the age-old adage, "You should never say never,"he explains. "It's about that relationship you thought you would never find." It's also the perfect record to reintroduce the originator of the genre dubbed "thug R&B." Jaheim recalls, "After we did the song, it was incredible. As a singer, I really felt it, and to come back in the ballad mode, I'm filling that gap"left by departed pioneers like Luther Vandross, Gerald Levert, and Barry White.
A personal near-tragedy helped put things in very clear perspective for the performer, who miraculously emerged virtually unscathed from a recent car accident. "You have to evaluate yourself, and that's what I did. Being a man means to walk like Christ. You have to want that change. If you sacrifice, he'll give you everything you are looking for. When you're taken through the storm, the only thing you can do is write about it… get your pain off. So I'm going to take this story and change somebody's life. There's a song on here for everybody.”
Just as his personal life has seen major changes, The Makings of a Man also marks a new phase of Jaheim's professional career. In addition to a new label home, it is notably his first project without the use of the word "ghetto"in the title. It also marks his departure from Devine Mill and is released via his own Ghetto Hoodz imprint. "We took that word and turned it around to be something colorful and positive… there is a lot of talent in the ghetto and giving back to people who never thought they would have a chance is important." Of his former musical mentor he says, "The relationship is still there and I'm still working with Kay Gee… I learned a lot from him, and I think he's one of the greatest producers." They reunite for the new disc's up-tempo "Roster."
The Makings of a Man includes tracks with some of music's heaviest hitters. Keyshia Cole turns up on "I've Changed,"a ballad that also speaks to the theme of the things we do for new-found love… and to create a winning record. Jaheim explains, "We had two different opinions of how the song should go. It had already been written and normally you stick to the script. She didn't stick to the script, but I changed it because you can't always have your way."
Jaheim honors classic R&B by paying homage to two of the genre's favorites. He puts an updated spin on the Bobby Womack classic "If You Think You're Lonely"and teams with Nat Adderley Jr., long-time producer for Luther Vandross, for a cover of a surprise Vandross classic. Jaheim cites the late velvet-voiced vocalist as his sole musical inspiration. "If it wasn't for Luther's voice, I would probably be in the hood right now. That's when I first realized God was using this man to get to me. I was a troublesome child. Who would have thought that I would be a singer, but listening to his voice saved my life." The project also sees collaborations with R. Kelly on "Hush,"and Kenneth "Babyface"Edmonds contributes "You Don't Have a Clue."
While Jaheim's talent has taken him far, he's never forgotten where he comes from. The New Brunswick, New Jersey native was raised in the city's Memorial Parkway Homes public housing project. Orphaned at 16, he was left to care for his two younger brothers. The gifted singer would also see prison time before choosing a different path and going on to achieve success in the music industry. In 2005, he established the Urban Dreams Foundation, a youth outreach initiative that also builds affordable housing in the Newark, New Jersey area. A former amateur boxer, Jaheim is also constructing a local training gym and sponsors a promising, up-and-coming adolescent fighter from the area. "Whatever the kids are into, we just try and show them they can do it. I ain't the only one. You're the future."