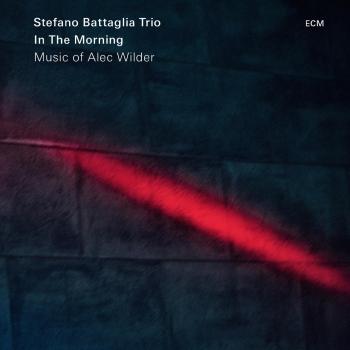 In the Morning - Music by Alec Wilder 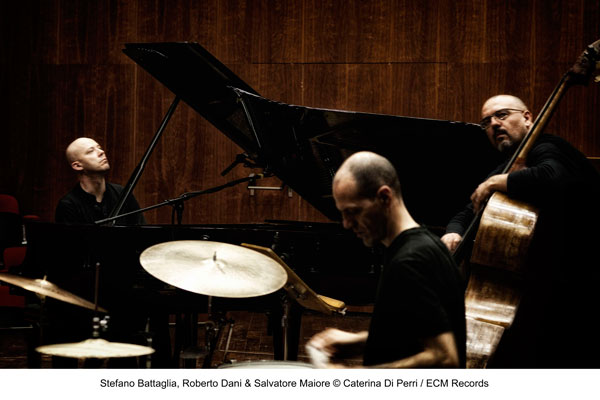 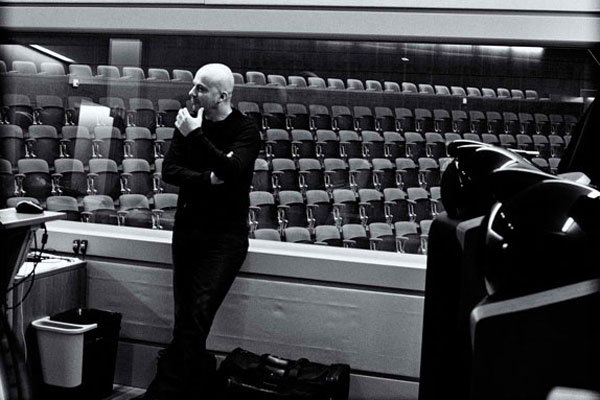 Stefano Battaglia
(born 1965 in Milan) first drew international attention as a classical pianist, playing music from baroque and early music to 20th century composition, touring the European festivals in this capacity, before making the transition to music that incorporated improvisation, inspired initially by Paul Bley and Keith Jarrett. A strong feeling for structure, a legacy from the ‘classical’ years, continues to inform all his work. He has been an ECM artist since 2003, when the double album “Raccolto” was recorded. Subsequent releases have included “Re: Pasolini” a tribute to the Italian filmmaker and polymath, which includes contributions from Salvatore Maiore and Roberto Dani, and “Pastorale”, an album of duets with Michele Rabbia.
Salvatore Maiore
was born in Sassari in 1965, and studied double bass at the Cagliari conservatory. He has played with numerous Italian configurations and worked with visiting musicians including Lee Konitz, Billy Cobham, Joseph Jarman, Steve Grossman, Cedar Walton, Oliver Lake, and David Liebman. His discography includes recordings with Glauco Venier, Klaus Gesing, Al DiMeola and many others.
Roberto Dani
was born in Vicenza, Italy in 1969 and began playing drums at the age of 7. He has specialized in small ensemble work, exploring the borders between improvised and written music. His own bands and projects have included Norma Winstone, Louis Sclavis, Michel Godard and others. He has also played with Annette Peacock, Ralph Alessi, Ben Monder, Mick Goodrick and many more. He has played numerous solo concerts and also issued solo drum albums, recent releases include “Lontano”, for prepared drums, on the Stella Nera label.