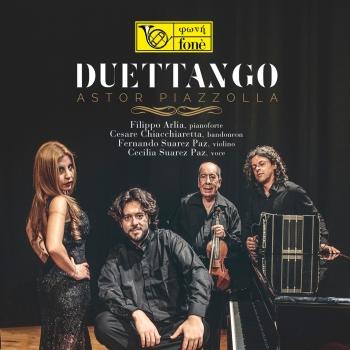 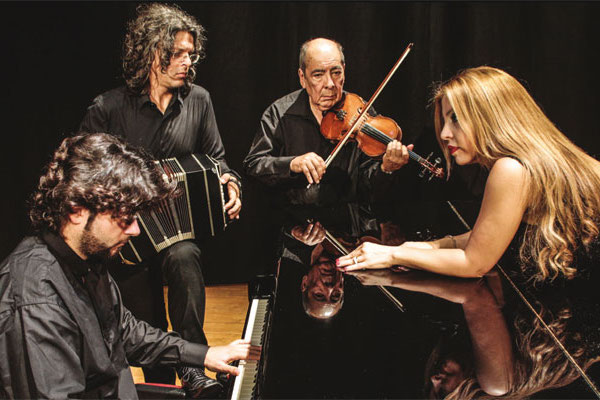 Duettango
was founded in 2008 thanks to the intuition of the pianist and conductor Filippo Arlia, Director of the Higher Institute of Musical Studies "PI Tchaikovsky" in Nocera Terinese and Principal Conductor of the Philharmonic Calabria.
The duo sees the bandoneon Cesare Chiacchiaretta, considered by industry critics as one of the best performers in the world of literature of this tool.
Duettango held over two hundred live in Europe and America, treading historical prestigious stages such as Scarlatti room area of ​​Naples, the St. Katherine Concert Hall in Vilnius, the Castelfidardo International Festival. The idea of ​​the duo is to combine two tools at first sight for anything similar like the piano and bandoneon, which up to now in the Astor Piazzolla literature have always been two elements of a sextet or at least a quartet where the piano recited sadly the part of a noble actor and bandoneon conversed in a constant manner only and exclusively with the violin.
In 2015 Duettango debuted at the prestigious Carnegie Hall in New York, gaining a real standing ovation from the American public. In 2016 he starred in the premiere in Italy of "Maria de Buenos Aires" by Astor Piazzolla. In 2017 the duo released the album "Duettango" for Fonè Records, with the special participation of Fernando Suarez Paz, the famous violinist "Quinteto Nuevo Tango" by Piazzolla.