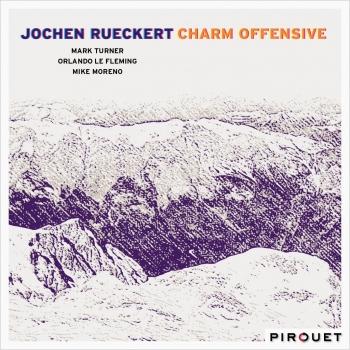 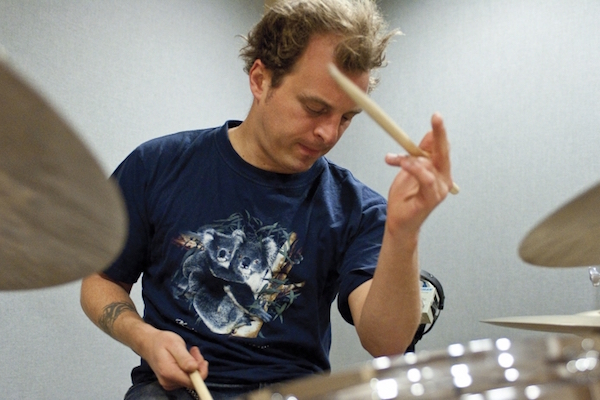 Jochen Rueckert
was born in 1975 in the town of Düren, near Cologne, Germany. He began playing drums at the age of six. From 1993 until 1995, he studied at the Conservatory for Music in Cologne, and after his graduation moved to Brooklyn, N.Y. In 1998, while still living in Brooklyn, he recorded his debut album, Introduction. The band members included Hayden Chisholm, Ben Monder, Kurt Rosenwinkel, Chris Potter, and Johannes Weidenmüller. In 2000 Rueckert received the award for musical achievement from North-Rhine-Westphalia. He has played on some 80 albums, and toured Europe, North and South America, Asia, and Australia. Rueckert has worked and works with such bands and musicians as the Marc Copland Trio, Nils Wogram's Root 70,the Kurt Rosenwinkel Group, the Mark Turner Band, the Sam Yahel Trio, the John McNeil/Bill McHenry Quartet and the Will Vinson Quartet, Chris Cheek, Drew Gress, Jason Seizer, John Abercrombie, Kevin Hays, Madeleine Peyroux, Mark Turner, Thomas Rueckert and Tim Hagans. Besides his work as a jazz musician, Rueckert has played with such rock bands as Bonny Lundy, and Seems So Bright. He also is involved with electronic music, working with Marcus Schmickler, Jochen Bohnes, and Burnt Friedman. He programs, mixes, and produces electronic music under the pseudonym Wolff Parkinson White. His book "Read the Rueckert - travel observations and pictures of hotel rooms" is available on ibooks.