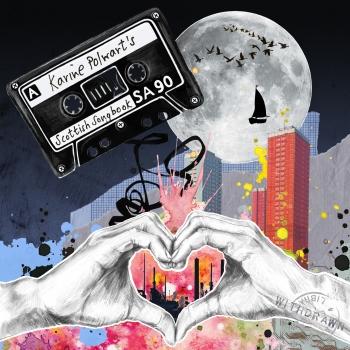 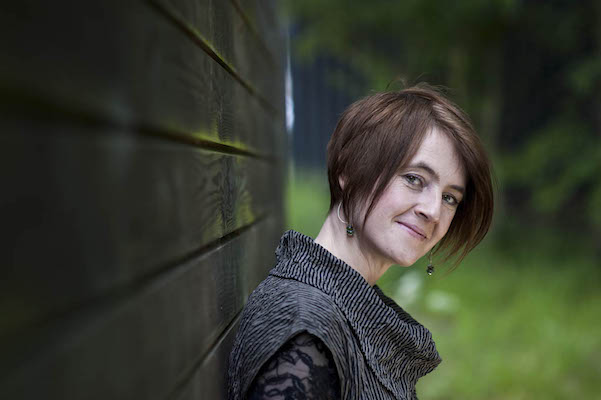 Karine Polwart
South of Scotland based songwriter wifie who is twice winner of "Best Original Song" at the BBC Radio2 Folk Awards and 2005 winner of "Best Album" too, for her debut "Faultlines". Since then she's released three more solo albums: the poignant and melodious "Scribbled in Chalk" (April 2006), the stark and intimate "Fairest Floo'er" (Dec 2007) and the bittersweet "This Earthly Spell" (March 2008). Batters drums in spare time with pop collective "The Burns Unit" and comes up with daft harmonies for vocal trio "Grace, Hewat, Polwart".
She has also set up her own DIY label, Hegri Music, given birth to a gorgeous baby boy, won round lots of people who swore they totally hated folk music, collaborated with Idlewild frontman Roddy Woomble, English folk singer Chris Wood, Scots poet Edwin Morgan and cult Glasgow indie outfit Future PIlot AKA, and got hooked on a beautiful Indian drone instrument called a shruti box.
Her music might have its serious undercurrents - not every songwriter would choose to cast a light on issues as thorny as genocide, AIDS, sex trafficking and nuclear weapons - but she's just as happy to reference the wisdom of herons, the joys and dilemmas of motherhood and her father's philosophy of gardening. Whatever the case, her writing is both humane and literate, personal and universal. Her lack of pretension and on stage warmth have fostered a loyal live following. And she takes the kind of organic and sustainable approach to making a living as a musician that suits the earthy realities of her songs.