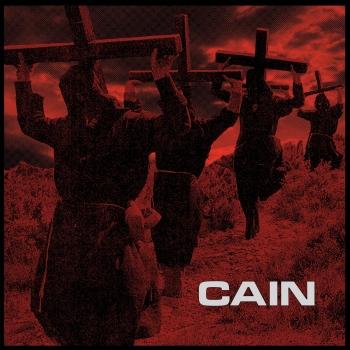 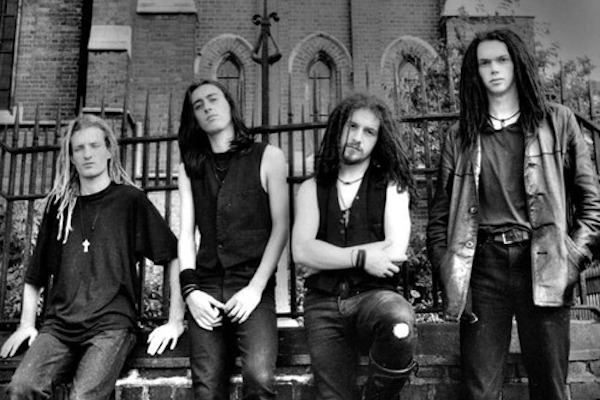 CAIN
was an experimental metal band based in Birmingham in the early 90’s. Originally rehearsing for the first time in October 1990 under the name ‘Born Loser’, the band was formed by John Pickering and Pete Nash from Midlands crust punks Doom, along with fellow friends Clive Meldrum on drums and Stephen O’Connor on second guitar.
Influenced primarily by 80’s Doom metal such as Trouble, Candlemass and St Vitus, the band initially started writing slow, dirgy Black Sabbath inspired tracks, but soon found themselves adding more psychedelic sounds, noise and industrial influences as well as samples and soundscapes. Implementing delays, reverbs, wah wah pedals and effects into the mix, the sound owed much to the members love of space rock and bands like Loop or Spacemen 3, but was also underpinned by gargantuan grinding Pentagram and Celtic Frost inspired riffs, creating something unique, druggy, dreamlike and absorbing.
After a few local gigs with bands such as Skullflower, Bolthrower and Esoteric, CAIN caught the attention of Neil Mclaren, who was working as soundman for Godflesh at the time and showed interest in releasing a full length CD by the band on his new label, Take The Pain Records.
In February 1992, the band entered Icehouse recording studios in Stourbridge and began recording what was to be their one and only recording, and making full use of the newly extended CD length, the band recorded 72 minutes of material, showcasing all sides of the multi faceted nature of the project. The finished album was also littered with samples and graphical themes from the underground gore classic ‘Shogun Assassin’, which made a big impression on the band in the early 90’s and was later used by GZA / Wu Tang Clan on their groundbreaking Liquid Swords album.
When released as a very limited run in 1993, the CD sold well and picked up a number of decent reviews, but with a lack of promotion and the band beginning to fracture, the momentum began to dry up. After a number of final gigs with Cancer and Cathedral, the band called it a day in late 1993 and moved onto other projects.