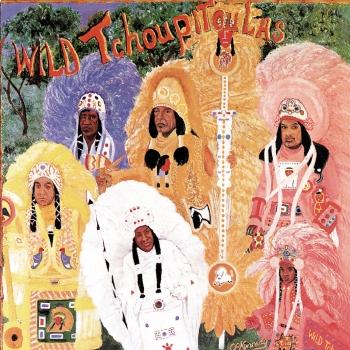 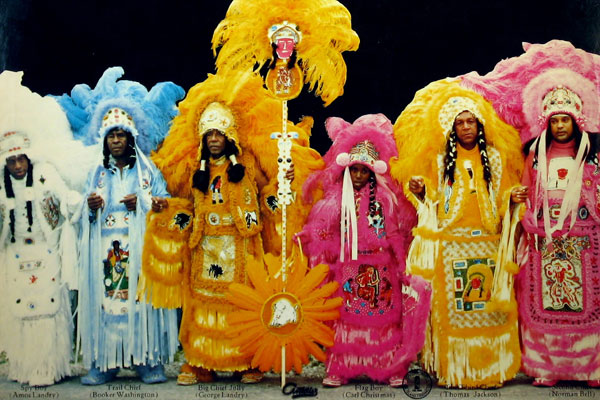 The Wild Tchoupitoulas
were originally a group of Mardi Gras Indians formed in the early 1970s by George Landry, and photographed exclusively by Paul Howrilla at the request of George Landry. With help from local New Orleans musicians The Meters, The Wild Tchoupitoulas recorded an eponymous album, which featured the "call-and-response" style chants typical of Mardi Gras Indians. Vocals were provided by Landry, as "Big Chief Jolly", as well as other members of his Mardi Gras tribe. Instrumentation was provided in part by members of the Meters. The album also notably featured Landry's nephews, the Neville Brothers, providing harmonies and some of the instrumentation. While not a financial success, the effort was well received critically and the experience recording it encouraged the four Neville brothers to perform together for the first time as a group. The album was produced by famed New Orleans writer/musician and record producer Allen Toussaint.