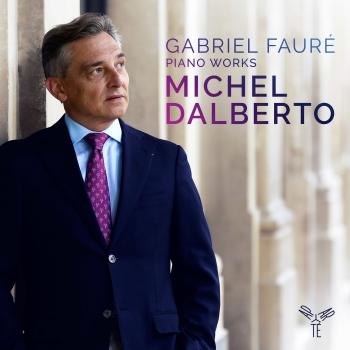 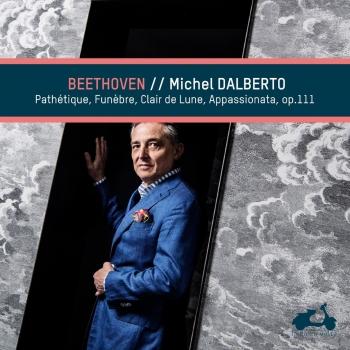 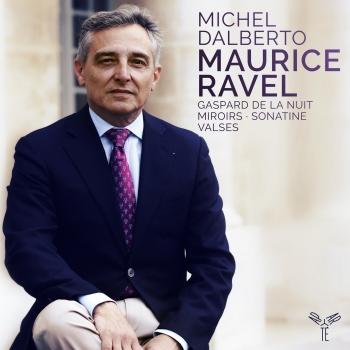 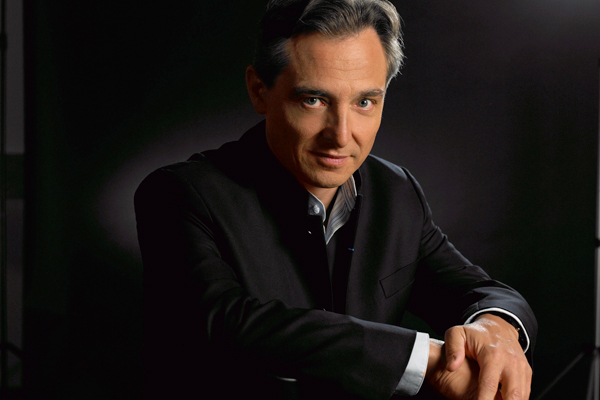 Michel Dalberto
first came to prominence winning the Clara Haskil Prize in 1975. Three years later he won 1st Prize in the Leeds International Piano Competition (where previous prize-winners include Lupu, Orozco, Perahia and Schiff). Born in Paris to a non-musical family, which take roots in Dauphiné and Italian Piemonte, he began the piano at the age of three and a half. When he was twelve, he was introduced to Vlado Perlemuter, a favorite pupil of the late Alfred Cortot, and entered his class at the Paris Conservatoire in 1968 where he completed his studies in nine years. After his Leeds victory he was invited to perform under the baton of conductors such as Leinsdorf/Orchestre de Paris, Sawallisch/ Orchestre de la Suisse Romande, Dutoit/ Orchestre national de France and Montreal Symphony, Colin Davis/Amsterdam Concertgebouw, Andrew Davis/Philharmonia, Inbal/Wiener Symphoniker and RSO Frankfurt, Temirkanov/Roma Santa-Cecilia, and Dausgaard/Oslo Philharmonic.
He has also been guest of festivals such as Lucerne (Gielen/ Festival Orchestra and Järvi/ Detroit Symphony), Florence (Barshai/Maggio Musicale), Aix-en-Provence (Janowski/Radio- France Philharmonic), Vienna (Inbal/ Wiener Symphoniker), Edinburgh, Schleswig-Holstein, Grange de Meslay and La Roque-d’Anthéron.
From the beginning of his career, Michel Dalberto has been acknowledged as one of the foremost interpreters of Schubert and Mozart. Liszt, Debussy, Fauré, Schumann and Ravel are also among his favorite musicians.
Very active in the recording field, he is the only living pianist to have recorded the complete piano works by Schubert (14 CDs on Denon). Among other recordings, he did the Grieg Concerto and Strauss Burlesque with the London Philharmonia and Pommier, a “live” recording of the Schumann Concerto at the Vienna Festival with the Wiener Symphoniker and Inbal, Songs by Chausson with Jessye Norman and two recitals with Barbara Hendricks. Since 1997, he has recorded for the Sony/BMG label the First Book of Preludes and Images by Debussy and Mozart Concerti Nos. 20 and 22 with the Ensemble Orchestral de Paris and Nelson. In June 2004 BMG released a program of paraphrases by Liszt on Verdi and Wagner operas which received an outstanding reception from both critics (Gramophone, Classic FM, Diapason etc.) and the public (top sale of the classic recordings during that summer).
Recent highlights include a recital at the Edinburgh Festival in an all-Ravel program, a tour of Scotland with the Royal Scottish National Orchestra, performances in several major theaters in Italy including Florence, Bologna, Turin, Milan, and Venice, and a return to Moscow to perform Brahms Concerto No. 1 with Dmitry Sitkovetsky. He was soloist with Orchestre National de France under Daniele Gatti at Theatre des Champs-Elysees, Paris. He was also soloist of a United Kingdom and Dutch tour with the Residentie Orchestra under Jaap van Zweeden, with the Orchestre National de France under Kurt Masur in Italy, and he appeared two times at the Amsterdam Concertgebouw and did a tour of Belgium with the Liege Orchestra and Louis Langrée.
From 1991 to 2009 he served as Chairman of the Jury of the Clara Haskil Competition which takes place in Vevey (Switzerland) every two years. In 2010, he joined the competition’s organisation team. Michel Dalberto has been invited to teach master classes at Accademia Pianistica de Imola, Hochschule Hannover, Royal College Manchester, University Seoul, Toho Gakuen Tokyo, Tel Hai Academy in Israel and Interlochen Music University (USA). Since 2010, he has been professor for piano at the Conservatoire de Paris.
In addition, he has given performances with the Lausanne Chamber Orchestra, Florence Maggio Musicale, Royal Liverpool Philharmonic, BBC Philharmonic, Shanghai and Guang- Zhou Philharmonic, St. Petersburg Philharmonic, Radio Kamer Filharmonie (Holland) and Ensemble Orchestral de Paris.