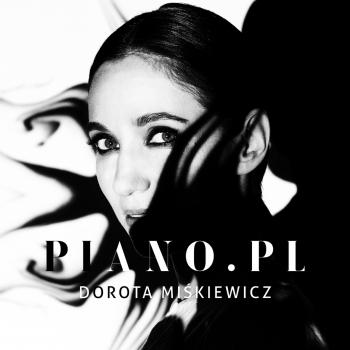 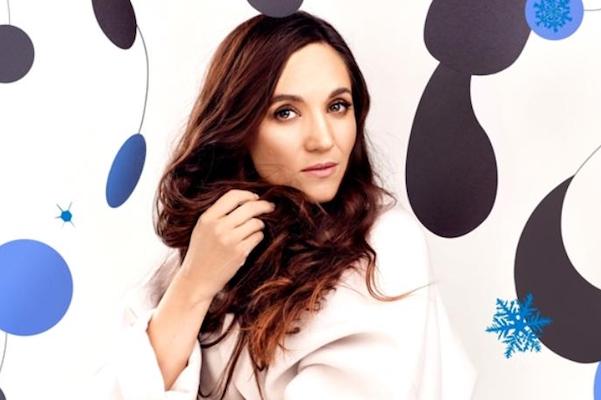 Dorota Miskiewicz
Talented, musical, blessed with a warm voice and beauty, Polish jazz singer Dorota Miśkiewicz was one of the few to sing and record a duo with Cesaria Evora. This collaboration led to another, with a world-renowned pianist, Stefano Bollani, featured on an Italian album Capo Verde Terra d'Amore. Dorota has also performed with: Nigel Kennedy, David Murray, Louis Winsberg, Kepa Junker, Tomasz Stańko and a number of Polish artists. Going back to the beginnings of Dorota's carrier one has to mention her collaboration with the legend of Polish jazz, Wlodzimierz Nahorny, with whom she had performed all over the world presenting the works of Chopin, Szymanowski, and Karlowicz in jazz arrangements.
Dorota's interests and capabilities are both broad. She learned classical music in schools (graduated as a violinist from Warsaw College of Music), and jazz at home (her father, Henryk Miskiewicz, is a renowned saxophonist, brother is a drummer recording for ECM). The singer combines her acknowledgement for Polish music with inspiration sought in the music from other countries.
She has appeared at numerous festivals, Jazz Jamboree, Zlota Tarka Old Jazz Meeting, Ingolstaedter Jazz Tage, Dusseldorf Jazz Rally, Edinburgh Jazz & Blues Festival, Easter Ludwig van Beethoven Festival, Sacrum Profanum Festival, and several times in the biggest polish song festival in Opole.
She has also found time to record a steady stream of solo albums: "Dorota Goes to Heaven - Zatrzymaj sie" in 2002 (nominated for a Fryderyk award in the jazz category); "Pod rzesami" in 2005; "Caminho" in 2008 (a pop Gold Disc and two Fryderyk nominations); "Ale" in 2012; "Lutoslawski, Tuwim. Piosenki nie tylko dla dzieci" recorded with the ensemble Kwadrofonik and released in 2013 (Gold Disc, nomination to Fryderyk in classical music category); "Best of" (2016), containing several of her most import_ant songs as well as premiere recordings; "Piano.pl" (nomination to "Fryderyk" in jazz category) recorded live and published also in 2016, which includes the most beautiful songs performed by 13 remarkable pianists (Leszek Mozdzer, Marcin Wasilewski, or Piotr Orzechowski "Pianohoooligan") accompanied by Atom String Quartet.
When we listen to her albums we notice how the artist moves successively from jazz (CD "Zatrzymaj sie"), through gentle pop ("Pod rzesami"), a fascination with the rhythms of Brazil ("Ale" and "Caminho" recorded with brazilian percussionist Luiz Guello), up to her experiments with African music (thanks to the duet with Cesaria Evora), Balkan music (by recording the song "Jovano Jovanke" on board with Yugopolis ensamble) and she also engaged in free jazz and classical music projects of Wlodzimierz Nahorny's dedicated to Polish composers (Chopin, Karlowicz, Szymanowski). She can also sing for children! The album recorded with the band Kwadrofonik, whose musicians specialize in classical music, "Lutoslawski, Tuwim. Piosenki nie tylko dla dzieci" (Songs not only for children), can enchant both children and parents. This music is played on two pianos and dozens other instruments such as marimba, cymbals, xylophone, cajon, udu, kalimba, gongs. Instrumental side of the record shimmers with color, it is extremely soothing and inspiring.
As an artist she is nostalgic, old-fashioned and at the same time constantly searching, always sensitive to new sounds and experiments. She can be recognized by her atmospheric, lyrical compositions which straddle the boundaries between musical genres, making them hard to categorize. Elegant and modest yet charismatic on stage, she instantly establishes a rapport with the audience, and her voice is as enchanting as she is herself.