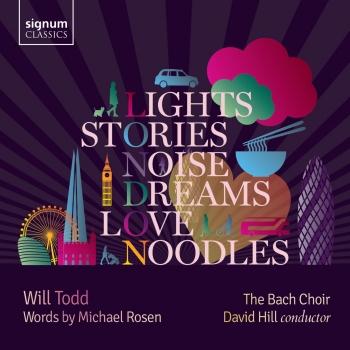 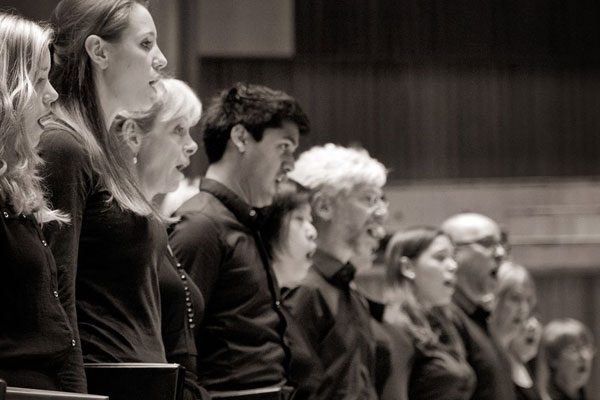 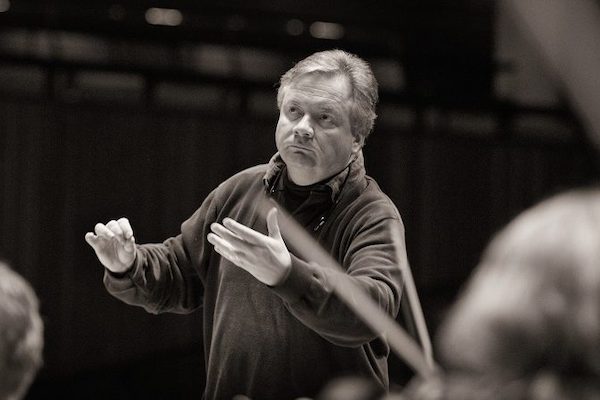 Bach Choir
Founded in 1876, The Bach Choir is recognised as one of the world’s leading choruses, building upon a tradition that combines musical excellence with creativity and innovation. From the first performance in Britain of Bach’s Mass in B minor to the soundtrack for Ridley Scott’s 2012 epic Prometheus, our musical heritage is as rich as it is diverse. Directed by David Hill, one of the country’s most eminent conductors, we regularly perform and record across London and the UK in prestigious venues, from the Royal Albert Hall to Abbey Road Studios.
A unique collective voice
Described by the London Evening Standard as ‘probably the finest independent choir in the world’, we value the freedom that our independence brings, allowing us to work with the very best conductors, orchestras, and soloists, and to choose the music we perform. To date we have sung over 200 works in more than 80 venues, and continue to share our work with audiences around the world.
A distinctive, challenging repertoire
From oratorio to film scores and from St Paul’s Cathedral to Sydney Opera House, our repertoire – which covers works from the 16th century to the present day – celebrates the power that music has to connect us, to take us beyond ourselves, and to spark our imagination. Our work has an emotional intensity that only a large choir can evoke and in 2012 we invited a host of younger voices to join us. Our performance of Bob Chilcott’s The Angry Planet at the BBC Proms saw over 250 school children singing as part of our sixth world premiere since 2001.
A list of notable names
It is our people who define us. Sir Charles Villiers Stanford, Ralph Vaughan Williams, Sir David Willcocks: these are just a few of the eminent musicians that have played a part in our history and created the musical pedigree that we build upon today. With HRH The Prince of Wales as our Patron, John Rutter as our President, and David Hill as our Musical Director, our performances and recordings go from strength to strength. Our Accompanist/Assistant Conductor is Philip Scriven, who is widely regarded as one of the finest organists of his generation, and highly respected as a conductor.
A choir for the 21st-century
The Bach Choir has always been and continues to be characterised by the commitment of its members. With over 220 talented singers coming from all walks of life, an international touring schedule, and an outreach programme that takes our passion for music into inner-city schools, we are an active community performing, recording and sharing music for everyone to enjoy, whatever their age or background.
David Hill
Renowned for his fine musicianship, David Hill is widely respected as both a choral and an orchestral conductor. He became The Bach Choir’s ninth Musical Director in 1998; he is also Associate Guest Conductor of the Bournemouth Symphony Orchestra, Music Director of Leeds Philharmonic Society and Principal Conductor of Yale Schola Cantorum.
Born in Carlisle in 1957, David Hill was made a Fellow of the Royal College of Organists at the age of 17, and won an organ scholarship to St John’s College, Cambridge where he served under the direction of the late Dr George Guest. Since Cambridge, David has held the posts of Sub-Organist at Durham Cathedral, Master of Music at Westminster Cathedral, Master of Music at Winchester Cathedral, Director of Music at St John’s College, Cambridge, and Chief Conductor of the BBC Singers.
David is in great demand for choral training workshops worldwide, and his handbook on the subject Giving Voice was published in 1995. He is a choral advisor to music publishers Novello, for whom he has edited a number of publications including the carols anthology Noël!, and he regularly contributes articles to Choir and Organ. As an organist, he has given recitals in most of the major venues in the UK and has toured extensively abroad.
David Hill’s broad-ranging discography of over 100 recordings, spanning repertoire from the Renaissance to the present day and including many award-winners, can be found on the Decca/Argo, Hyperion, Naxos and Virgin Classics labels. The third in his English series for Naxos with The Bach Choir and the Bournemouth Symphony Orchestra – Delius’s A Mass of Life – was widely acclaimed on its release in 2012 and won a coveted Choc de Classica. With The Bach Choir David Hill has contributed to the film sound tracks of Kingdom of Heaven, The Chronicles of Narnia and Robin Hood.
David Hill has appeared as guest conductor with many of the leading choirs and orchestras in the UK and abroad, including the Minnesota Orchestra, Netherlands Radio Choir and RIAS Kammerchor, Berlin. His commitment to new music has led to him commissioning works from leading composers including Judith Bingham, Judith Weir, Carl Rütti, Francis Pott, James MacMillan, Philip Moore, Naji Hakim, Philip Wilby and Jonathan Dove.
David was appointed a Member of the Order of the British Empire (MBE) in the 2019 New Year Honours for services to music.