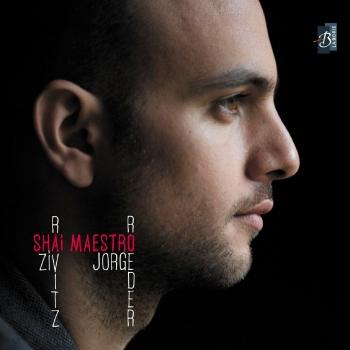 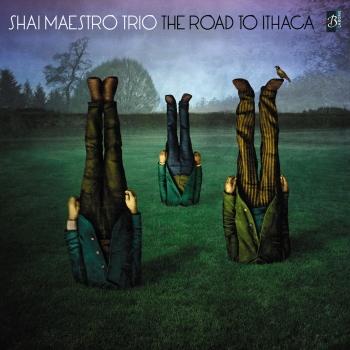 The Road To Ithaca 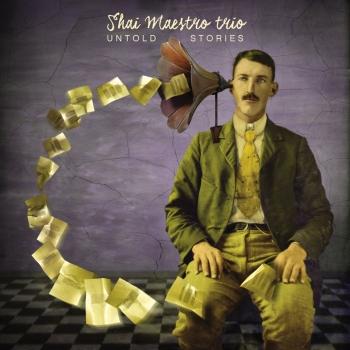 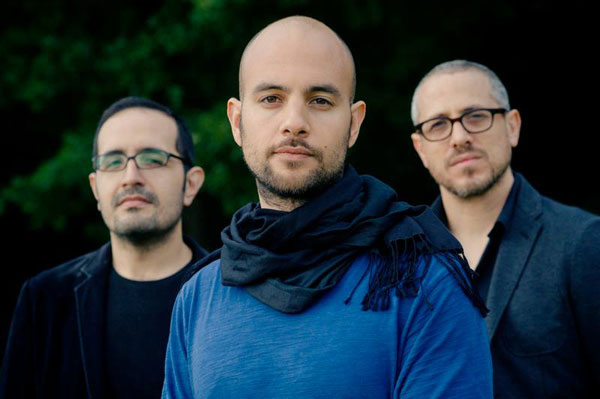 Shai Maestro
was born in Israel on February 5th 1987. He began playing classical piano at the age of 5. His first exposure to jazz music was at the age of 8, listening to Oscar Peterson's 'Gershwin Songbook'. He was later accepted to the Thelma – Yellin High School of Performing Arts in Givataim where he completed his studies with honors. While taking extended literature classes, Shai was one of the few students combining a major in the jazz and classical departments along with his regular studies.
While still a sophomore, he received a full tuition scholarship to attend Berklee College of Music's 5 weeks Summer Program for two consecutive years. While on a concert tour in the US he auditioned to Berklee for the 4-year program and also received a full tuition scholarship.
Maestro studied jazz piano and RTC (Real Time Composition) with Opher Brayer for two years and classical piano with Prof. Benjamin Oren of the Music Academy in Jerusalem. In the years 2004-2010 he won scholarships from the America-Israel Cultural Fund for jazz piano. He also won the national jazz ensembles competition 'Jazz Signs' twice (2002 and 2003). Shai studied Indian music and tabla playing with Sanjey Kumar Sharma.
Maestro currently resides in New York were he is gaining recognition from his peers and the media, and is performing regularly with the best jazz artists in many jazz clubs and concert halls, alongside classical recitals. He is playing solo piano concerts worldwide. Shai has performed with world known musicians such as Jimmy Green, Jorge Rossy, Myron Walden, Ari Hoenig, Gilad Hekselman, Jonathan Blake, Harish Rhagavan, Mark Guiliana, Edward Perez, Anthony Hart and Diego Urcola to name a few.
Since 2006 Maestro has been touring with world known bass player Avishai Cohen. Playing in such venues as the Blue Note in NY, Ronnie Scott's in England, The Olympia Hall, Salle Pleyel, and the Bataclan Theater in Paris, Vienne Jazz festival, Marciac Jazz festival, Cork Jazz Festival, Yoshi's (San Francisco), Zaragoza JF, Vienna Concert house and many others. Several shows have been recorded to Mezzo channel and are broadcasted regularly throughout Europe.
Shai Maestro performs throughout three of Avishai Cohen’s releases:
“Gently Disturbed” (2008) is this trio's first record. The album has received rave reviews all over the world and has been a top seller in a few countries. 'Sensitive Hours' (2008) was released in Israel in August and has been a top seller there. 'Aurora' (2009) was released under EMI Blue Note Records. “Seven seas” (2011) was also released under EMI Blue Note Records
Jorge Roeder
is originally from Lima, Peru. He was awarded 1st price at the 2007 International Society Of Bassists Jazz Competition. At the age of 14, he began to study the cello and two years later was invited to pursue his classical studies at the Rimsky Korsakov Conservatory in St. Petersburg, Russia. After taking up the double bass, Jorge was appointed assistant principal bassist of the Lima Philharmonic and Opera orchestras for the 2001 and 2002 seasons.
Moving to Boston in 2002, Jorge received a scholarship from the New England Conservatory of Music, where he studied jazz performance with John Lockwood and Danilo Perez, among others.
Touring, recording and working actively in New York, Jorge is currently part of many projects, including The Julian Lage Group, Avantrio, Victor Prieto Trio, as well as numerous others. He is a founding member and artistic director of the Sofia Rei Koutsovitis Group, which performs traditional South American music as well as original jazz-influenced compositions. A musician with diverse interests and a wide range of abilities, Jorge has performed with such jazz greats as Roy Haynes, Alex Acuna, Geoffrey Keezer, Steve Lacy, Maria Schneider, Kenny Werner and Matt Wilson.
Ziv Ravitz
was born in Beer-Sheva, Israel to a family of musicians; he was drawn to music at an early age, playing the guitar, piano and drum. When he was 9 years old he started focusing on drums and by the age of 13 begun his professional career, playing the drums at various clubs in Beer-Sheva and Tel Aviv and acquiring experience in a variety of musical styles, such as Jazz, rock and avant-garde. Ziv moved to the US in the summer of 2000 to expand his musical experience and to grow as a Jazz composer. Since then he has been performing and recording with numerous ensembles, both as a freelancer and as an artist using his own compositions, which reflect his individual and unique sound. At Dec 2004 Ziv graduated from Berklee School of Music with a Jazz Composition Degree. Ziv has been a member of the Lee Konitz Quartet for the last few years in which they recorded 2 albums (A studio album, and Live at the village vanguard).
Ziv had the opportunity to perform with musicians such as Hal Crook, Joel Frahm, Joe Lovano, Tomasz Stanko, Mick Goodrick, Eli Dejibri, Ralph Alessi, George Garzone, Ben Monder, Avishai Cohen, Omer Avital, Aaron Goldberg, Aaron Parks, Yaron Herman, Esperanza Spaulding and more. Ziv had toured extensively all over the world with various groups such as Omer Avital quintet, TAQ, Minsarah, Lee Konitz Quartet and etc. Ziv is currently sign to ENJA as recording artist. Today Ziv reside in New York City and is one of its most sought-after drummers, and a major force in the Israeli Jazz movement.