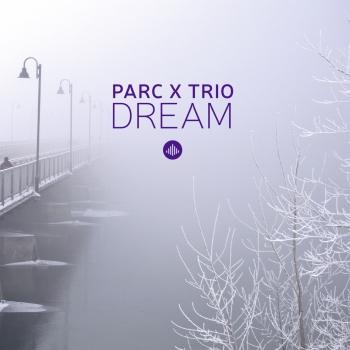 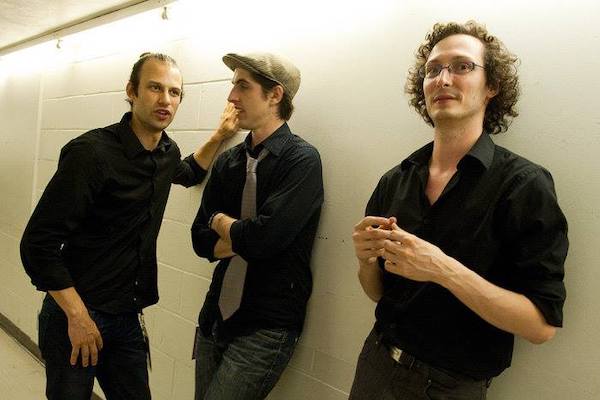 Parc X Trio
is a Montreal-based contemporary jazz trio featuring Gabriel Vinuela-Pelletier (piano and compositions), Alex Lefaivre (bass and compositions) and Mark Nelson (drums).
Parc X trio began its journey in 2006 in an old duplex in Parc-Extension, one of Montreal’s most multi-cultural boroughs. Gabriel and Alex met while studying at the University of Montreal where they quickly became close friends. The following year, they also became neighbours and the basement of that building became their local hub for playing, practicing and writing music 24/7. After a couple of years honing their craft on jazz standards, they began composing music for what would be their first album released in 2009. They quickly found their own voice combining intricate polyrhythms, groove-based beats, compelling melodies as well as classical and rock elements into their compositions. They also became well-known for the band’s borderline telepathic connection and high energy live performances that focused on group interaction and fearless improvisations.
Ten years later, the duplex is long gone, but the friendship is still strong. To date, Parc X trio has released seven recordings, has been awarded the TD Grand Prize for Jazz at the Festival International de Jazz de Montréal in 2010, has done a countless number of performances and continue to tour regularly throughout Canada, Mexico, USA and Europe.
Their latest recording, Dream, was released in April of 2017. Pursuing the electric trio format, the group’s latest musical explorations showcase their typical original blend of pop song structures, contemporary jazz harmonies, staggering dynamics and break-beat grooves over odd time signatures. As complex as the music might seem on paper, the trio navigates through the material effortlessly with grace and power. New to the table is the group’s foray into studio production. A subtle and tasteful approach to electronic music production spices up the album sonically over the 8 original compositions. One of the album’s highlights is a reworking of Tchaikovsky’s theme from Swan Lake where Parc X trio sonic imprint takes the original classic into the XXIst century.