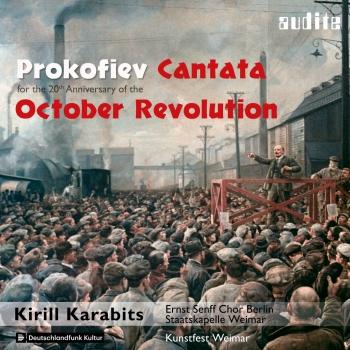 Prokofiev: Cantata for the 20th Anniversary of the October Revolution 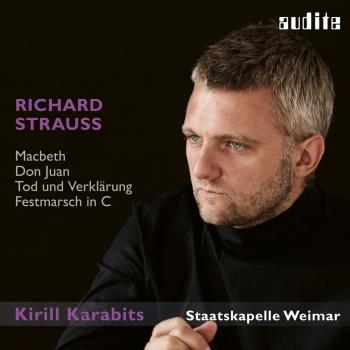 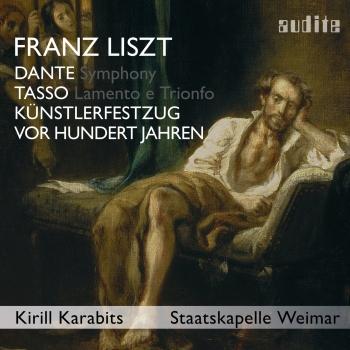 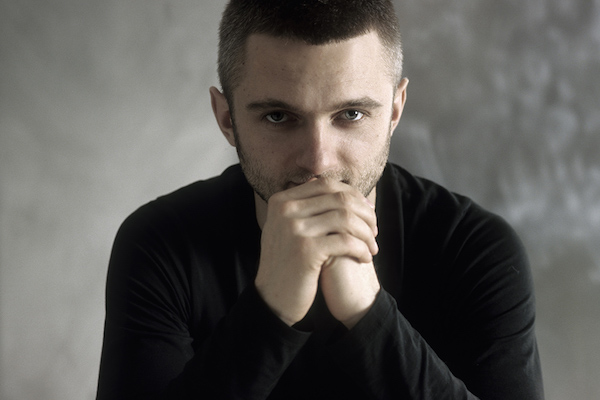 Kunstfest Weimar (Weimar Arts Festival)
was initiated in 1990 as one of the first East-West-German cultural projects after the fall of the Berlin Wall. Today it is one of the best known art festivals in Germany. Every summer the Kunstfest brings outstanding examples of contemporary art to Weimar, the history-laden city of German Classicism. The programme features theatre, dance, performances and concerts, as well as visual arts, literature, lm and media arts. Internationally acclaimed artists meet the city’s young creative scene and transform the streets of Weimar into a stage that is as vivacious as it is inspiring. Since 2014 Kunstfest Weimar is being presented by the Deutsches Nationaltheater Weimar.
The festival’s main objective is how artists deal with history today. At the occasion of the 100th anniversary of the Russian Revolution in 2017, Kunstfest Weimar initiated a search for the traces of Communism that can still be found today.
The Ernst Senff Choir
has been an established institution in Berlin’s musical life for many years. Founded initially as a chamber choir in the 1960s by then-choral director of the Städtische Oper Berlin, Ernst Senff, the ensemble developed in the following years into a large and acclaimed concert choir.
In changing formations that range between 20 to over 100 singers of both genders, the professionally-active vocal ensemble dedicates itself to all musical genres and stylistic periods, with a special focus on the 19th century choral symphonic literature and contemporary works.
The Ernst Senff Choir is one of the regular musical partners of the great Berlin orchestras and is also called upon to participate in radio recordings and CD productions. The ensemble’s artistic activity has been shaped by its collaboration with such renowned conductors as Ingo Metzmacher, Lothar Zagrosek, Hugh Wolff, Marc Albrecht, and Simon Rattle. Numerous concert tours have taken the choir to Israel, Spain, and Austria as well as many cities throughout Germany. Since 2009, Steffen Schubert has been Artistic Director of the Ernst Senff Choir.
Staatskapelle Weimar
Founded in 1491, the Staatskapelle Weimar is one of the oldest orchestras in Germany and among the most illustrious in the world. Its history is closely associated with some of the world’s best-known musicians, including Johann Sebastian Bach, Johann Nepomuk Hummel, Franz Liszt, and Richard Strauss. Established as the premier musical institution of classical Weimar and part of the Hoftheater Weimar, the orchestra continued to attract attention through the achievements of Liszt and Strauss during the 19th century. These two celebrated figures not only improved its quality and reputation, but also led the Hofkapelle in world premieres of numerous contemporary orchestral works and operas.
These positive developments were brought to an abrupt end when the National Socialists seized power. After the calamitous events of World War II, conductor Hermann Abendroth re-established the Staatskapelle Weimar, restoring it to its former grandeur and quality. Since the 1980s, conductors Peter Gülke, Oleg Caetani, and Hans-Peter Frank as well as the current honorary conductor George Alexander Albrecht, who led the orchestra from 1996 to 2002, have left a lasting mark. In the following years, Albrecht was succeeded by Jac van Steen, Carl St. Clair, Stefan Solyom, and most recently by Kirill Karabits, who took the reins of Thuringia’s only A-level orchestra in September 2016.
Both in its extensive concert activities and its opera productions at the Deutsches Nationaltheater Weimar, the Staatskapelle has worked to cultivate its great tradition while also combining it with innovation. A wide range of CD recordings re ect its impressively diverse repertoire. World-class soloists and conductors perform regularly with the Staatskapelle Weimar, which is nationally and internationally renowned as a top-level concert orchestra. In past years, the ensemble has made guest appearances in Japan, Israel, Spain, Italy, Great Britain, Switzerland, and Austria as well as at renowned festivals and major concert halls throughout Germany.
Kirill Karabits
Since September 2016, Ukrainian-born Kirill Karabits has held the position of General Music Director and Principal Conductor of the Deutsches National- theater and Staatskapelle Weimar. In addition, since 2008 he assumes the position of Chief Conductor of Bournemouth Symphony Orchestra.
Kirill Karabits has worked with many of the leading ensembles of Europe, Asia and North America, including the Cleveland, Philadelphia and San Francisco Symphony Orchestras, Philharmonia Orchestra, Rotterdam Philharmonic, Yomiuri Nippon Symphony Orchestra, Orchestra Filarmonica del Teatro La Fenice, the BBC Symphony Orchestra, and the Münchner Philharmoniker. In 2016, he conducted the Russian National Orchestra on their tour of the US and in two concerts at the Edinburgh International Festival. Summer 2016 also saw his debut with the Chicago Symphony at the Ravinia Festival. A proli c opera conductor, Kirill Karabits has conducted at Glyndebourne Festival Opera, English National Opera and the Bolshoi Theatre. He also conducted at the Wagner Geneva Festival, and recently returned to the Staatsoper Hamburg. The 2016-17 season saw his debuts at both the Deutsche Oper and the Oper Stuttgart.
Working with the next generation of bright musicians is of great importance to Kirill Karabits. Thus he commits himself as Artistic Director of I, CULTURE Orchestra, an orchestra of talented, young musicians from Poland and other East European countries. In 2012 and 2014 he conducted the televised nals of the BBC Young Musician of the Year Award.
In recognition of his achievements in the UK, Kirill Karabits was named Conductor of the Year at the 2013 Royal Philharmonic Society Music Awards.