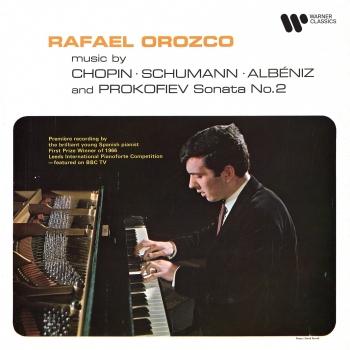 Rafael Orozco
(1946-1996) was born in Córdoba, Spain. He studied with Alexis Weissenberg and Artur Schnabel and would go on to win the 1966 Leeds Competition. He signed with Philips and recorded the concertos of Rachmaninov with Edo Waart and various other romantic piano works. After his Philips career he began focusing on Spanish composers which include Falla, Albeniz and Others.