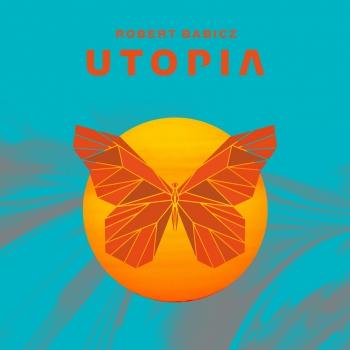 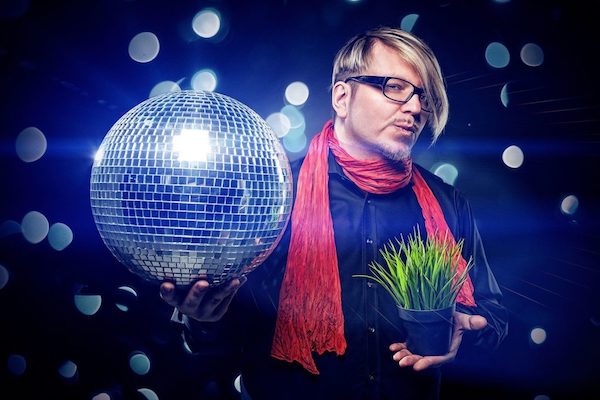 Robert Babicz
has been redefining the boundaries of electronic music since the early 1990s. His unique artistry encompasses sound, vision, emotion and spirituality. From releasing and performing acid techno as Rob Acid,..
Robert made his first record on borrowed equipment in 1992 and played his first gig on gear he'd never used before. “I had no musical background or knowledge, no clue what I was doing. I just improvised music. But for the first time in my life I was absolutely in the moment, like a special state of consciousness. And people responded – they loved and accepted me.” Like anyone experiencing a transformation, Robert wanted to do it again and again. Music was a way to rise above the struggles of daily life (in the early years of his career, he slept on a mattress on the floor of a tiny flat in his home town Cologne, his synths his only possessions) and to share the joy of that transcendence with others. Playing as Rob Acid, he ignited parties with fierce techno played by strict rules: every set was 100% live and unique, he deleted the instruments' programming immediately afterwards.
Robert's ethos, forged by these acid-drenched sonic exorcisms, is razor sharp: work hard, make mistakes, move on. His tremendous output of official releases pales beside the number he deleted in the studio because they didn't meet his exacting standards. “I'm not afraid to get rid of something that doesn't work,” he explains. “I have so many ideas. It's never quiet in my head.”
Robert has the rare gift of synaesthesia, which turns the world into a continuous interplay of colour, shape and sound. He sees music in 3D, describing tracks as “geometrical poem... sculptures in time.” When he's working on a track he can see the imperfections in the sonic structure and fix them, like a painter correcting a brush stroke.
Photography is an essential component of Robert's art and his fans know and love his sensitive and dramatic photos from all over the globe as much as his music. His images are as distinctive as his tracks because, for him, a beautiful photo has its own harmony. He sees music and he hears images, allowing him to bring about a unique artistic synthesis that evokes the underlying energies and structures of the cosmos, speaking to a universal need for beauty and harmony in a fractured world.
The power of Robert's performances are fuelled by his lack of personal ego: “I'm not playing the instruments,” he says. “The people on the dancefloor are playing me”. He's never DJ'd (“I have so many ideas, I am always trying out my own music”), packs only “underwear and my instruments” to go on tour, and has a single goal: to feel the crowd, make people forget their problems and experience pure joy on the dancefloor: “The perfect moment is when they stop caring about their job, and are in the here and now. You can see it on their faces. They let loose of everything and are completely in the present. This makes me happy.”
Robert continuously pushes the boundaries of electronic music as an artist, consultant, teacher, and engineer. Among Robert's more than 1000 releases are seven albums and a flood of tracks for labels including Bedrock, INTEC, Mille Plateaux, Systematic, Audiomatique, K2, Treibstoff, SUGA, Punkt and Praxxiz. In recent years, he has focused increasingly on his own imprint, Babiczstyle, which epitomises his sound, emotions and ethos.
Robert's exceptional sound-design, mastering and studio skills have prompted companies like Native Instruments and Apple to request his help on sound-design projects. He also teaches workshops on production and his music philosophy; and is one of the electronic music world's most in-demand mastering artists. Fellow artistes from across the dance music spectrum trust Robert to perfect the technical aspects of their records while rendering the emotions and intention even clearer.
Babiczstyle is authenticity in action. Wherever he travels the world, Robert is instantly recogniseable for his music, his warm smile, his energy, and his bright red scarf. “It's a bit like Superman's cape,” he jokes. The difference is, when Robert puts on the red scarf to perform he doesn't become someone else. Robert's superpower is the integrity of his art and vision: “I don't want to be dreamed by others,” he says. “I want to be myself.”