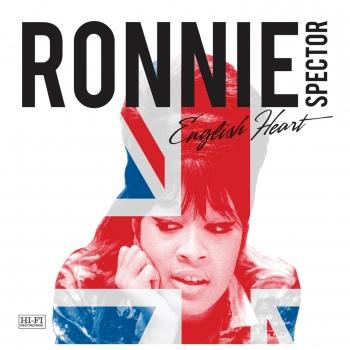 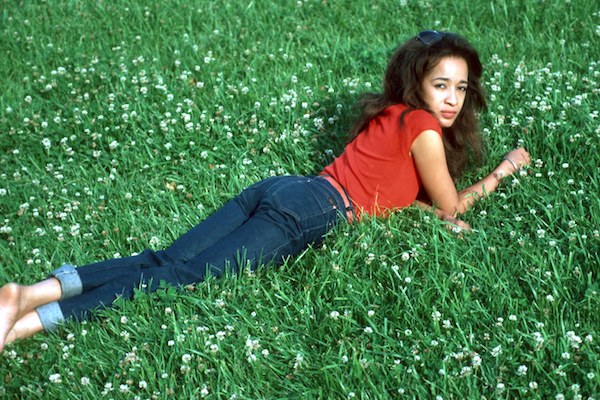 Ronnie Spector
was born and raised in Spanish Harlem. She formed the Ronettes while in her teens and released her first records in 1961 on the Colpix label.
The Ronettes were also professional singers and dancers at New York’s Peppermint Lounge. There they were discovered by legendary disc jockey “Murray the K" (Murray Kaufman), who promptly hired them as dancers for his Brooklyn Fox Theater rock and roll revues.
Beginning in 1963, Ronnie Spector—as lead singer of the ultimate girl group, The Ronettes—recorded a long string of classic pop hits: powerful, poignant teen anthems like the Grammy Award-winning "Walking in the Rain," "Do I Love You," "Baby I Love You,” "The Best Part of Breaking Up," "I Can Hear Music," and the international Number One smash "Be My Baby." These records are among the best-loved and most-emulated recordings in the history of rock and roll.
“There were girl group hits before the Ronettes,” wrote Canadian critic Carl Wilson in a 2003 feature for the Toronto Globe & Mail. “But Ronnie Spector was the first woman in rock to provoke anything like the hysteria that Elvis had caused, which was soon to engulf the Beatles.”
As the Number One pop group in England, Ronnie Spector and the Ronettes headlined over acts like the Rolling Stones and Eric Clapton and The Yardbirds. The Beatles personally requested that the Ronettes join their final U.S. tour in August 1966; later that year, at Basin Street East, a talented young come­dian named Richard Pryor was the opening act for the Ronettes' final live performance.
In 1970, Ronnie sang on Jimi Hendrix’s recording of“Earth Blues”.
In 1971, Ronnie Spector released her Apple Records debut single, “Try Some, Buy Some”—written and produced by George Harrison, with a backing band that included George, John Lennon, and Ringo Starr.
In 1976, Billy Joel wrote "Say Goodbye to Hollywood" as a tribute to Ronnie. The next year, she recorded the song with backing by Bruce Springsteen and the E Street Band, and it was issued as a single on Epic Records.
In 1986, Ronnie's duet with Eddie Money—“Take Me Home Tonight”—reached No. 4 on the Billboard Hot 100 and hung on the chart for 26 weeks. The song was nominated for a Grammy Award and became a heavy rotation video on MTV.
In 1989, Ronnie took time off to write the story of her remarkable life and great music. Be My Baby: How I Survived Mascara, Miniskirts, and Madness (Crown, 1990) was an international bestseller; a revised and updated mass-market paperback was published in June 2004.
In 1999, Ronnie released the critically acclaimed EP She Talks to Rainbows on the cutting-edge indie label Kill Rock Stars. Highlights included Johnny Thunders' "You Can't Put Your Arms Around A Memory," and a duet with EP producer Joey Ramone on his own composition "Bye Bye Baby." Also in 1999, “Be My Baby” was added to The Grammy Hall of Fame.
In June 2000, after a fifteen-year legal battle, Ronnie Spector won a landmark decision in the New York State courts. The ruling eased the way for veteran artists of the Fifties and Sixties to collect past-due royalties on their old recordings.
In 2004 Ronnie was recognized for her contribution to American popular music when she was inducted into the Vocal Group Hall Of Fame.
In 2006, “Be My Baby” was added to the National Recording Registry of the Library of Congress, preserved as a work of historical and cultural significance.
Ronnie’s CD, The Last of the Rock Stars, released 2009, marked the first time she was ever in full control of her material, arrangements, and production. The supporting cast includes Nick Zinner (Yeah Yeah Yeahs), members of The Raconteurs, The Dead Weather, Patti Smith, and Keith Richards of the Rolling Stones.
Her latest holiday CD, Ronnie Spector’s Best Christmas Ever, released 2010 complements her classic Christmas songs “Sleigh Ride,” “Frosty The Snowman,” and “I Saw Mommy Kissing Santa Claus.” “Sleigh Ride” (#3) and “Frosty The Snowman” (#17) are among ASCAP’s Top 20 most–played holiday radio hits of the past decade.
2011 was a significant year for Ronnie with her cover of Amy Winehouse’s “Back to Black” being named “Single of the Month” in Britain’s influential MOJO Magazine. In May she appeared with Lou Reed, Macy Gray, Dr. John and Steely Dan’s Donald Fagen in a benefit for the Jazz Foundation of America at Harlem’s hallowed Apollo Theater – where Ronnie made her performing debut at age eleven, then headlined with the Ronettes in1965!
In the summer of 2012, Ronnie debuted her biographical one-woman multi–media show Beyond the Beehive in New York City to star-studded audiences and standing ovations. Following several more sold-out Gotham shows, Ronnie took Beyond the Beehive to London for its premier UK performance at Queen Elizabeth Hall on March 9, 2014. “Ronnie Spector’s Beyond The Beehive shines like a polished diamond!” declared The Independent (UK) in their five-star review.
In November of 2015, Sony Music released The Very Best of Ronnie Spector, the first cross–label collection of her career. This nineteen–track CD includes hits by the Ronettes and by Ronnie as a solo artist including “So Young” (as Veronica), “Say Goodbye To Hollywood” (with the E Street Band), and “You Can't Put Your Arms Around A Memory” (from Last of the Rock Stars).
Ronnie celebrated her 55th year in the recording industry with the release of her British Invasion inspired collection of covers English Heart, and followed it up with a performance at the venerable Glastonbury Festival that garnered a five–star review in The Telegraph (UK) in 2016.
In 2017, “Be My Baby” was named by Billboard Magazine as the #1 Greatest Girl Group Song of All Time, and Spector was presented with the Legend Award by The Woman's International Music Network at their "She Rocks Award” ceremony. Also in 2017, Ronnie released “LOVE POWER,” her first single recorded with The Ronettes in decades.
The style, look, and sound of Ronnie Spector continue to serve as an inspiration and role model for generations.