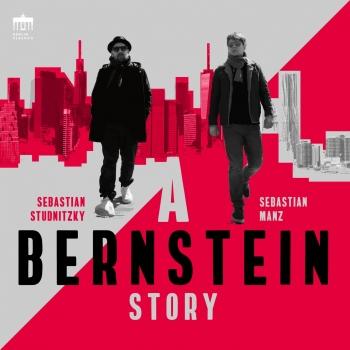 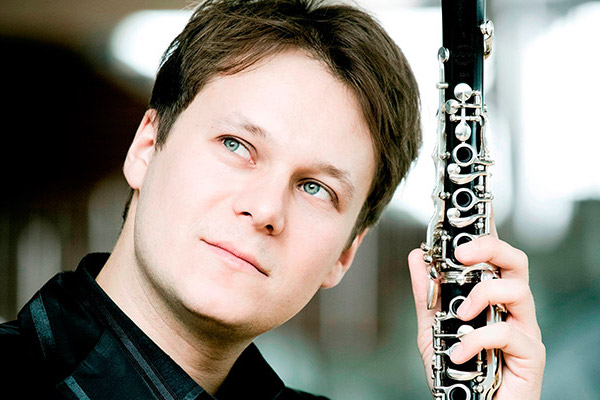 Sebastian Manz
Manz delights the media as a musician “who bowls melodies and notes along in front of him with such agility in their colour and nuances, it is as if they were balls he was expertly juggling …” (SZ). His “overwhelming passion for music making [is combined] with technical perfection” (WAZ) – and the RHEINISCHE POST writes of his CD “In Rhythm: “… it swings and stimulates, refreshes and weeps, and you just cannot get enough of it …”.
His big breakthrough came with his sensational success at the ARD International Music Competition in Munich in September 2008, where he won not only first prize in the Clarinet category, which had not been awarded for forty years, but also the coveted Audience Prize and other special prizes. In the “Duo Riul” with his partner Martin Klett at the piano, he had also won the German Music Competition just a few months previously. Sebastian Manz has since then been one of the most popular soloists and chamber musicians of the younger generation. Two ECHO Klassik awards have confirmed Sebastian Manz as one of the most sought-after soloists and chamber musicians of his generation. He has been solo clarinettist with the SWR Radio Symphony Orchestra in Stuttgart since 2010.
Sebastian Manz has so far performed as soloist at the Rheingau Music Festival and the Weilburg Schloss Concerts, with the SWR Radio Symphony Orchestra of Stuttgart, with the Dresden Philharmonic, at the Konzerthaus in Vienna and with the Bern Symphony Orchestra; he has been on tour with the Württemberg Chamber Orchestra of Heilbronn and the Dogma Chamber Orchestra, under conductors like Herbert Blomstedt, Sir Roger Norrington, Mario Venzago, Cornelius Meister, Eric Solen, Antonio Mendez, John Axelrod, Eugen Tzigane and Ruben Gazarian. In the field of chamber music he has been much in demand as a guest performer at the Beethoven Festival in Bonn, the Mozart Festival in Würzburg, the Heidelberg Spring Music Festival, at the “Spannungen” Festival in the converted power station in Heimbach, at the Festspielhaus Baden-Baden, the Concertgebouw in Amsterdam and at the Mozarteum in Salzburg. His musical partners include Herbert Schuch, Veronika Eberle, Daniela Koch, Ramón Ortega Quero, the Danish String Quartet, the Dover Quartet and the Lotus String Quartet. He was engaged for three years by the Konzerthaus in Dortmund as part of the “Junge Wilde” series, which he brought to a conclusion with a spectacular concert in December 2014.
In the 2015/2016 season Sebastian Manz will undertake a number of international guest tours to Japan, Brazil and Portugal and will be Artist in Residence with the Philharmonie Baden-Baden. He will also make his debut with the Hamburg Symphony and has again accepted an invitation from the Bergische Symphoniker ensemble, to play for the first time ever Magnus Lindberg’s Clarinet Concerto, which has been hitherto considered unplayable. With his piano partner Martin Klett he will give recitals at a number of venues including Salzburg, Stuttgart and Kiel.
His discography now boasts 9 CDs, all of which impressively document his versatility and talent on the instrument and are impressive for their interesting choice of works comprising both standard repertoire and rarely heard works. His most recent recording with the Danish String Quartet compares the clarinet quintets of Robert Fuchs and Johannes Brahms.
Being the grandson of the Russian violinist Boris Goldstein and the son of two pianists, Manz's musical roots are in his German-Russian family background. He was born in Hanover in 1986 and began singing in a boys' choir at the age of six. He first learned the piano, which he plays very well, but soon concentrated on the clarinet after listening to Benny Goodman's recording of Carl Maria von Weber's E flat major Concerto, which fascinated him and awoke a longing for the instrument. Among his most important teachers and supporters were the acclaimed clarinettists Sabine Meyer and Rainer Wehle.
Alongside his concert work, Sebastian Manz has been active for some time in the “Rhapsody in School” organization founded by Lars Vogt, which is committed to bringing classical music into schools.