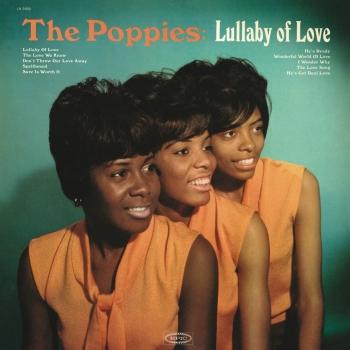 The Poppies
were a 1960s girl group formed and headed by Dorothy Moore and Fern Kinney. In early 1966, "Lullaby of Love" by the Poppies peaked at #56 pop in the United States, and was a Top 30 single in Canada. An LP of the same title was released on Epic records. Later that year the group had another, but smaller, hit with "He's Ready" which reached #106 pop. Two more singles were released but they did nothing. The last of their four Epic singles was "There's A Pain in My Heart" which became a Northern soul classic and is heavily played in UK/Australian clubs.