The Sound of A

A Paranormal Evening at the Olympia Paris (Live) 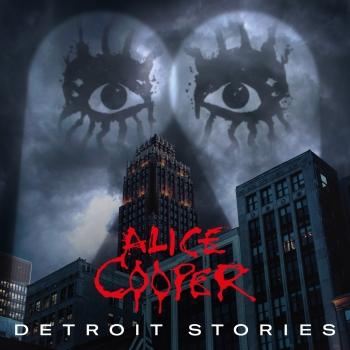 Alice Cooper (vocals; born February 4, 1948), Glen Buxton (guitar; born November 10, 1947, died October 18, 1997), Michael Bruce (guitar, keyboards; born March 16, 1948), Dennis Dunaway (bass; born December 9, 1948), Neal Smith (drums; born September 23, 1947).
Before the world heard of KISS, the New York Dolls, Marilyn Manson or Ozzy Osbourne, there was Alice Cooper, the original shock-rock band. With their penchant for ghoulish stage shows and a gender-bending wardrobe, this five-man group brought the element of theater to the world of rock. That alone would securely cement their stature as innovators. Yet they backed up their penchant for outrage with rock-solid music. Beyond the visuals Alice Cooper was a musical powerhouse, incorporating melodic hooks and complex progressive-rock passages into a foundation of catchy, riff-driven hard rock delivered in Cooper’s menacing, take-no-prisoners voice. Many of their songs – including “I’m Eighteen,” “Under My Wheels,” “Be My Lover” and “School’s Out” – remain anthems of the classic-rock era.
During their Seventies heyday it was impossible to be indifferent about Alice Cooper. They were one of the first acts of the modern-rock era that forced people to sit up and take notice, engendering curiosity and controversy in equal measure. The controversy began with the group’s very name. Alice Cooper was the both a band name and stage handle of its lead singer (born Vincent Furnier), suggesting a flamboyant sexual dualism that America was not yet ready to accept. Reportedly, the name surfaced during a session with the Ouija board.
Onstage, Alice Cooper brought a new level of visual theatrics to arenas with their gory array of props, which included a guillotine, electric chair, boa constrictor and fake blood. Their musical set pieces included Cooper’s beheading and electrocution. Their bleakly humorous explorations of the dark side were a far cry from the Woodstock ideals of peace and love. “We were the group that drove a stake through the heart of the love generation,” noted Cooper. The group was even deemed objectionable behind the Iron Curtain. According to Pravda, the Russian state newspaper, “Alice Cooper’s singing makes the blood run cold.”
They even jump-started the punk-rock movement that took root in Britain, inspiring the likes of Johnny Rotten (a.k.a., John Lydon). “I’ve referred to the Sex Pistols as ‘musical vaudeville’ and ‘evil burlesque,’ and for me there was definitively Alice Cooper influence there,” Lydon reflected.
Alice Cooper was banned, censured and lambasted by the establishment, all of which further fueled ticket sales to their concert spectacles. Their 1973 tour broke box-office records previously held by the Rolling Stones, and raised the bar for touring rock bands. After Alice Cooper, fans came to expect more from the concert experience. They wanted to see a show.
The roots of Alice Cooper extend back to Cortez High School in Phoenix, Arizona, where the core members came together as music aficionados with a shared yen for the macabre and surreal. They weren’t necessarily alienated misfits, as three members of the Earwigs – the first group in the Alice Cooper lineage – were high-school track stars who ranked among the fastest milers in the state. Dunaway, original drummer John Speer and Alice Cooper himself (known as Vince Furnier to his friends) could run a 4:30 mile, according to Cooper. Renaming themselves the Spiders, they scored a regional hit with “Don’t Blow Your Mind.” They changed names again to the Nazz and moved to Hollywood in 1968 with the idea of making it nationally. The final name change to Alice Cooper came when they learned there already was a Nazz – the Todd Rundgren-led group from Philadelphia – in existence.
The Alice Cooper band comprised vocalist Cooper, lead guitarist Glen Buxton, rhythm guitarist Michael Bruce, bassist Dennis Dunaway and drummer Neal Smith. Frank Zappa signed them to his Straight label. Zappa was attracted to the way the group flouted conventions, both socio-sexual and musical. Alice Cooper’s first two albums, Pretties for You (1969) and Easy Action (1970), were strange even by Sixties psychedelic standards, but hold up today as monuments to the group’s undaunted pursuit of the bizarre.
However, Alice Cooper himself regards those records more as products of the group’s Nazz era and considers Love It to Death the first real Alice Cooper album. This release marked the group’s debut on Warner Bros. and the first of four with producer Bob Ezrin. (He would also go on to produce Alice Cooper as a solo artist.) With his cinematic and colorful production style, Ezrin came to be regarded by Alice Cooper as their George Martin (the Beatles’ producer). He taught them to focus, edit and tighten their more sprawling conceptual numbers. Released in 1971, Love It to Death was a tour de force of misfit fantasies and adolescent angst whose key number, “Eighteen,” gave Alice Cooper its first hit and an indelible classic about the anxieties of late adolescence. (Source: www.rockhall.com)