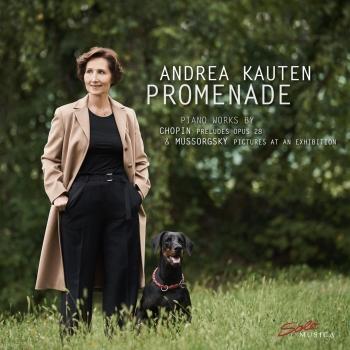 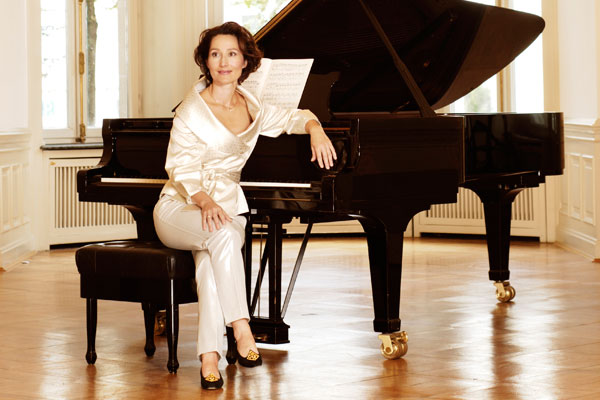 Andrea Kauten
Trained from the age of seven by the Basle pianist Albert Engel, the Swiss-Hungarian pianist Andrea Kauten became a finalist at the Jecklin Competition in Zurich at 13 and won first prize at the Swiss Youth Music Competition one year later before enrolling at the Basle Academy of Music. A scholarship from the Federation of Migros Cooperatives Switzerland then enabled her to continue her studies at the famous Franz Liszt Academy of Music in Budapest. This opportunity, and the brilliant combination of technique and expressivity she admires in Liszt�s music, have left an indelible mark on her playing. Her close blend of sensitivity and consummate technique enables her to coax unimaginable sounds from the concert grand piano. Her playing is poetic � now subdued, now richly expressive, but always eminently creative and always in keeping with the demands of the music.
»I want people to be able to find something for themselves that fills them with the same passion and intensity that I feel the moment I touch a piano.« These thoughtful words bear witness to the ardent fervour and deeply felt humanity that Andrea Kauten pursues in her art. Her readings ofthe great 19th century composers demonstrate both the sensitivity and the virtuosity she has at her command. She places great store on accuracy and textual fidelity in her playing, divining so to speak the intended message through the musical text, unveiling it with supremely intuitive musicianship and bringing it to fruition in enhanced form. Her first CD, with works by Franz Liszt, Carl Goldmark and Sergei Rachmaninov, appeared as early as 1993. Since then she has concertised in various countries, including the United States, Canada, Denmark, France and Germany. In 2006 she released recordings of Schumann's C-major Fantasy, Kreisleriana and two Romances (op. 28, nos. 2 and 3) on the Sony Classical label. Two further CDs followed in 2009, one with Schumann's Third Piano Sonata, Symphonic Etudes and Novelettes, the other with Beethoven�s Appassionata Sonata, two late Brahms pieces (op. 118, nos. 1 and 2) and finally Carnaval, again by Schumann.
Andrea Kauten is Artistic Director of the Anneliese Benner-Krafft Foundation Concerts in Schopfheim-Fahrnau (in the southern Black Forest), a concert series that has long been recommended by connoisseurs.