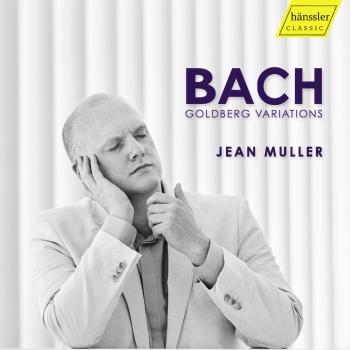 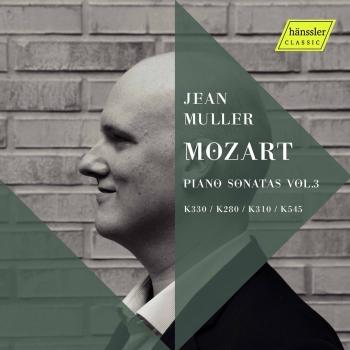 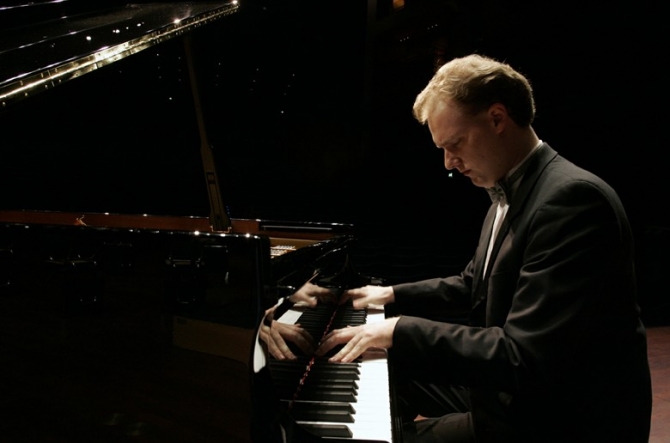 Jean Muller - Piano
was born in Luxembourg in 1979. At the age of six he took his first lessons with Marie-José Hengesch at the Conservatoire de Luxembourg. Only one year later, he made his first public appearance, premiering a work of his compatriot Alexander Mullenbach. During his year at the Academy of Music in Riga in 1995 on a European exchange programme, TEMPUS, studying under Teofíls Bikís, he took the decision to devote his life to music. Until 2006, he studied in Europe – Brussels, Paris and Munich – gaining exposure to the most diverse schools of piano in the classes of Evgeny Moguilevsky, Gerhard Oppitz, Eugen Indjic, and lastly, Michael Schäfer. Outside the formal structure of the schools, his father and mentor Gary Muller, piano teacher at the Conservatoire de Luxembourg, has had a decisive influence on his musical development. Jean Muller’s education has been complemented by guidance from musicians such as Anne Queffélec, Leon Fleischer, Janos Starker, and Fou T’song.
Since 1994, Jean Muller has been awarded first prize at several international competitions: Jean Françaix, Francis Poulenc and Arcachon to name but a few. He was a winner of the International Forum of Young Performers, a European competition organised by the Union Européenne de Radio-Télévision (UER) on behalf of UNESCO and the International Music Council. Jean Muller has performed on several occasions during state visits of Their Royal Highnesses Grand Duke Henri and Grand Duchess Maria-Teresa of Luxembourg. In 2007 His Royal Highness Grand Duke Henri of Luxembourg made him Chevalier de l’Ordre de Mérite Civil et Militaire d’Adolphe de Nassau.
Jean Muller regularly performs internationally, at major concert halls such as Megaron in Athens, the NCPA in Beijing, the Luxembourg Philharmonic Hall, the Lucerne Culture and Congress Centre, the Salle Cortot in Paris, the Arsenal in Metz, the Munich Philharmonic Hall and the Liederhalle in Stuttgart. Muller is regularly invited to prestigious festivals, such as Festival Bourglinster, Festival A*Devantgarde Munich, Festival Echternach, Festival de Saintes, KotorArt, Incontri pianistica di Cosenza and PianoTexas. He has made solo performances with orchestras such as the Bayerisches Staatsorchester, the Heidelberger Sinfoniker, the Münchner Symphoniker, the Orchestre Philharmonique du Luxembourg and Les Solistes Européens Luxembourg, conducted by renowned conductors including Frédéric Chaslin, Thomas Fey, Jack-Martin Händler, Zubin Mehta and Bramwell Tovey.
The international press acclaims the fact that he uses his exceptional virtuosity in the service of intense, well thought-out interpretations. At the Poulenc Competition, Jean-Claude Pennetier, president of the jury and renowned pianist, said, “Everything is there: fingers, head and heart”. His CDs, published by JCH-Productions, Turtle Records, Polymnie, Bella Musica and Fondamenta Productions, have been acclaimed by the musical press, receiving the Excellentia and Supersonic awards from Pizzicato magazine, Coup de Coeur from Piano Magazine, 4 étoiles from Classica, 4 Diapasons, the Arte CD Selection and Gramophone’s Critic’s Choice.
Jean Muller’s performance of the complete Beethoven sonatas, performed in Ettelbruck, Luxembourg, has been warmly welcomed by both the public and the press. The recording of this cycle of concerts has been released under the Bella Musica label. In 2009-2010 he was in residence for the CAMERATA cycle organised by the Solistes Européens in collaboration with the Soirées de Luxembourg at the Philharmonie Luxembourg. Since 2011 Jean Muller is also a professor at the Conservatoire de Luxembourg.