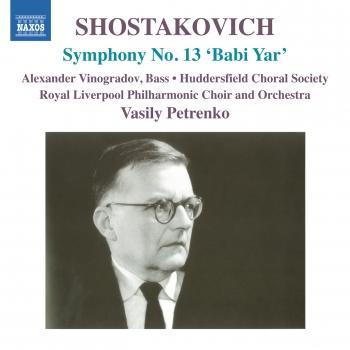 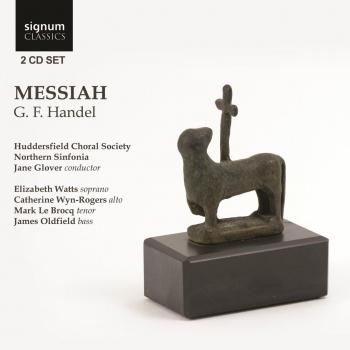 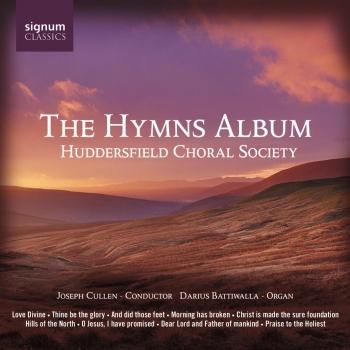 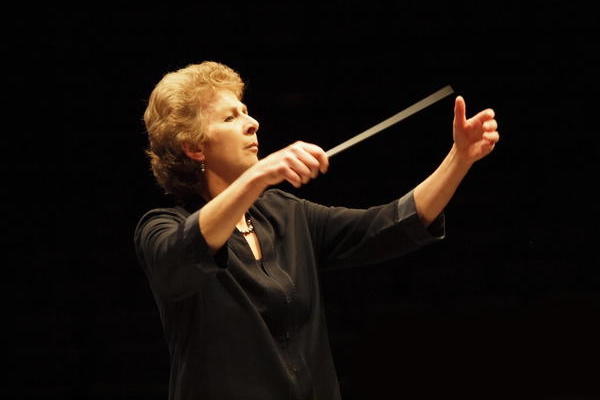 Huddersfield Choral Society
Since its foundation in 1836, Huddersfield Choral Society has developed an international reputation as the UK’s leading choral society, under a succession of distinguished principal conductors and chorus masters. The present chorus master is Joseph Cullen, with Darius Battiwalla deputy chorus master.
The choir’s special quality is the unique ‘Huddersfield Sound’ – a thrilling full-bodied and firm blended tone, flexible enough for both the most shattering climaxes and for the softest but most focused pianissimos.
The Society promotes its own professional subscription concert season in Huddersfield Town Hall, its home since 1881. The choir also visits other major concert halls in the UK and abroad, regularly broadcasts for radio and television, and has a long history of pioneering recordings. Recent repertoire includes established works such as Verdi’s Requiem, Orff’s Carmina Burana, and Britten’s War Requiem as well as world and UK premières including Agamemnon’s Tomb (John Pickard) and Messages (Jonathan Harvey). In recent years the choir has travelled to France, Japan, the Czech Republic, Belgium, as well as to festivals in the UK from Cheltenham to Orkney.
But Handel’s Messiah is perhaps the work most closely associated with the Society, performed at least annually since 1864 and still attracting capacity audiences at the two Christmas performances in Huddersfield. Lightness and flexibility combine with awesome grandeur to bring this choral masterpiece to life for contemporary audiences. The special 175th anniversary season which this recording marks has seen a number of performances of Messiah by the Society throughout the UK, including The Sage Gateshead, Stratford-upon-Avon (guests of the Stratford-upon-Avon Choral Society), and The Barbican on Good Friday.
Mindful of its 175 year history and of the need to encourage young people to become the choral singers of the future, the Society supports three junior choirs – the Youth Choir, Young Voices and Chamber Choir. The choirs are directed by professional musicians and have their own independent concert programmes.
Jane Glover
Music Director of Chicago’s Music of the Baroque since 2002 and recently named Artistic Director of Opera at London’s Royal Academy of Music, Jane Glover made her professional debut at the Wexford Festival in 1975, conducting her own edition of Cavalli’s L’Eritrea. She joined Glyndebourne in 1979 and was Music Director of the Glyndebourne Touring Opera from 1981 to 1985; and she was Artistic Director of the London Mozart Players from 1984 to 1991. In continual demand on the international opera stage, Ms Glover has appeared with numerous companies including the Royal Opera House, Covent Garden, English National Opera, Glyndebourne, Berlin Staatsoper, Royal Danish Opera, Opéra National du Rhin in Strasbourg, Opéra National de Bordeaux, Glimmerglass Opera, New York City Opera, Opera Australia, Opera Theatre of St. Louis, and the Teatro La Fenice in Venice. Known chiefly as a Mozart specialist, she has conducted all the Mozart operas regularly, all over the world, since her initial performances of them in Glyndebourne in the 1980’s.
Ms Glover’s concert engagements similarly take her all over the world. She has performed with all the major symphony and chamber orchestras in Britain, repeatedly at the BBC Proms, as well as with orchestras in Europe, the US, the Far East and Australasia. In recent seasons she has appeared with the San Francisco Symphony, the Houston Symphony, the Toronto Symphony, the St Louis Symphony, the Orchestra of St Luke’s (Carnegie Hall), the Philharmonia, the Academy of St Martin in the Fields, the London Mozart Players and the City of London Sinfonia, as well as the period orchestras the Philharmonia Baroque, and the Handel & Haydn Society. She has appeared at the Mostly Mozart Festivals in both New York and London. She is also especially known for her experience in the choral repertoire, and was Music Director of both the London and the Huddersfield Choral Societies.
Jane Glover studied at the University of Oxford, where, after graduation, she did her D.Phil. on 17th-century Venetian opera. She holds honorary degrees from several other universities, and is a Fellow of the Royal College of Music. She was created a CBE in the 2003 New Year’s Honours.