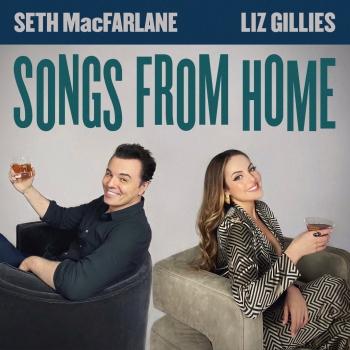 Seth MacFarlane
is a true renaissance man possessing talents that encompass every aspect of the entertainment industry. He has created some of the most popular content on television and film today while also expanding his career in the worlds of music, literature and philanthropy. He is the creator of FAMILY GUY and AMERICAN DAD!, voicing many characters on both shows. He executive produced the 13 time Emmy Award nominated series Cosmos: A Space Time Odyssey, the 13-part successor to the original docu-series of Carl Sagan’s iconic exploration of the universe as revealed by science. MacFarlane made his feature film directorial debut in 2012 with the highest-grossing original R-rated film of all time, Ted and is currently in production on the sequel, Ted 2 which is set for release on June 26, 2015. MacFarlane co-wrote, produced, directed and starred in the recently released live action feature film, A Million Ways to Die in the West. MacFarlane’s debut album, “Music Is Better Than Words,” debuted at #1 on the iTunes jazz charts in 2011 and received two Grammy nominations, including ‘Best Traditional Pop Vocal Album.’ In 2013, MacFarlane hosted the 85th Academy Awards and was also an Academy Award nominee the same year. In 2009, he created The Seth MacFarlane Foundation to focus his charitable efforts.
Joel McNeely
is an Emmy® Award-winning composer and conductor with more than 100 motion picture and television credits. He has produced and arranged songs for such artists as Norah Jones, Sara Bareilles, Burt Bacharach, Chris Mann, Natasha Bedingfield, The All-American Rejects, The Goo Goo Dolls, Mika, Carly Simon, Crosby, Stills & Nash, Linda Ronstadt, Rosemary Clooney and Jonatha Brooke. McNeely was Grammy nominated for Outstanding Classical Crossover Album for The Day the Earth Stood Still.
McNeely most recently composed the music for MacFarlane’s feature film A Million Ways to Die in the West. McNeely and MacFarlane wrote the original song “A Million Ways to Die” for the movie which is performed by country music superstar Alan Jackson.