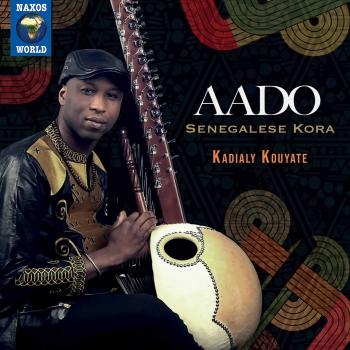 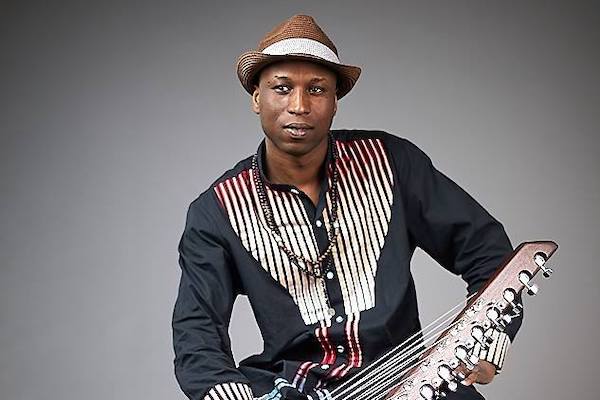 AADO
In Mandinka culture, certain principles are held in high regard among the community. These core foundations run throughout the album as a reminder of the important values needed within ourselves and our society: the positive qualities of individual personality; respect and consideration for those around you; the generosity and joy of hospitality (a tradition also known in Wolof as teranga); the art and culture of the griot, as heard in Sora, celebrating the Cissokho family, one of the most highly regarded griot families. Kouyate also pays homage to the great warrior Fakoli in the track Janjon Ba. Fakoli joined the ranks of Sunjata Keita in the 13th century and was renowned for his bravery. The Fakoli rhythm is now played for reputable leaders and those who have done good deeds.
Kadialy Kouyate
Wanting to pass the tradition on to new generations, he began teaching the kora at Dakar University and at the West African Research Centre in Senegal. He continued this passion when he moved to London, teaching at SOAS University of London, where he still tutors today. Since his arrival in the UK, he has been involved in countless musical projects. Such collaborations include working with Mumford & Sons and Baaba Maal, the multicultural fusion group Rafiki Jazz, Brazilian percussionist Adriano Adewale and Venezuelan harpist Leonard Jacome. Kadialy has performed at many prestigious venues such as The Royal Festival Hall, The Queen Elizabeth Hall, The Royal Albert Hall and the O2 Arena. He has performed at festivals across the world while touring Europe, Canada, Australia and North and South America.