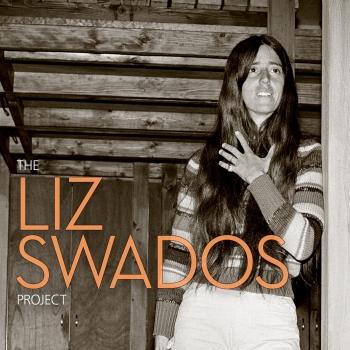 Elizabeth Swados
has been acclaimed as a leading creator of works for younger actors since her Broadway hit, "Runaways." She began her professional career as a composer at La MaMa, where she worked with Peter Brook and Andrei Serban and won her first Obie at age 21 for setting "Medea" to ethnic music. Her memorable La MaMa productions include "Fragments of a Greek Trilogy" with Serban, "Crow" with Robbie Anton and the opera-oratorio "Jerusalem." In 1996, she directed a pair of her own musicals, "Doonesbury Flashbacks," based on Garry Trudeau's comic strip, and "The Emperor's New Clothes" based loosely on the Hans Christian Andersen fairy tale, at La MaMa. Last season, she brought another young company to La MaMa for a post-election political satire and contributed to the score of Ellen Stewart's "Seven Against Thebes," a dance-opera adaptation of the classic play by Aeschylus, which was performed by the Great Jones Repertory.
Swados has been writing music, theater and books professionally for almost 30 years. She has been nominated for Tony , Drama Desk, Ace and Emmy Awards and has won several Obies, Outer Critics Circle Awards, a PEN Citation, and an Anne Frank National Foundation for Jewish Culture award. Her Broadway credits also include "Doonesbury." Her Off-Broadway credits also include, among others, "Alice in Wonderland" (with Meryl Streep), "Dispatches," "The Haggadah", "Jerusalem," "Rap Music Ronnie" (with Gary Trudeau), and "Missionaries."
Beside La MaMa, her works have been seen at The Public Theater, Manhattan Theater Club, Brooklyn Academy of Music, Lincoln Center Institute, Mark Taper Forum, and many other Off- and Off-off Broadway houses. She has published three novels, and two nonfiction books and her works have been optioned by Milos Forman and Marion Brando. Currently she is adapting her children's book, "Dreamtective," for Disney. Ms. Swados is currently creating a new musical piece called "The Three Gods" and her newest novel, "Flamboyant," just came out in paperback, published by Picador. She has taught at New York University and has conducted workshops at many colleges across the country and in forums in France, Israel, parts of Africa, Brazil, as well as regional theaters in the U.S. Her CD, "The Bible Women," went in the NASA Space Shuttle as a choice of music for Astronaut Alan Hoffman.